Cities all over the world have started to use the Internet of Things (IoT) to manage their urban infrastructure more efficiently, a concept known as 'smart cities.' But IT teams are still confused about cloud security, with many adopting conflicting strategies toward cloud security and IoT.
Written by Eileen Brown, Contributor on April 25, 2017

There are many different smart cities applications that make our lives more easy and efficient: Waiting for a bus and watching the countdown to when the bus will arrive; using clever recycling bins that monitor how much you are recycling; and installing apps that let you know where there are free parking spaces in the centre of town.

Yet many cities are not yet smart at all.

Sanjay Sarma, a Professor of Mechanical Engineering at MIT says: "Cities today are rather dumb: A significant portion of traffic is just drivers 'cruising' while they look for parking, street lights are often on when they are not needed, water systems lose upwards of 50 percent of the total supply to leaks and the electric grid is incapable of truly responding to new technologies such as electric vehicles and solar panels. Smart parking meters, connected street lights, instrumented water supplies, and smart grids will reduce traffic, save energy, save water, and make the grid more friendly to renewables."

Some cities, including London and Shanghai, are becoming smarter.

The e-book "Making Sense of IoT" by Kevin Ashton in collaboration with Aruba, a Hewlett Packard Enterprise company, says Shanghai is a leader in smart city infrastructure. The book talks about its RFID mass transit card:

Shanghai, the world's most populous city, is a good example. It has twenty-four times more people than it did in 1900 but occupies only seven times more land.

Shanghai started using the Internet of Things to both manage and sustain its growth in 1999, when the municipal government introduced the Shanghai Public Transportation Card, an electronic ticket based on radio-frequency identification technology, or RFID, for its mass transit system.

The card can be used to pay for rides on buses, metro trains, ferries, and even in taxis; it can be reloaded with more money as necessary; and, because it is radio-based, it does not need to be swiped, inserted or inspected, which makes it easier for large numbers of people to pass quickly through turnstiles and other mass transit chokepoints.'

Smart cities like Shanghai are also using the Internet of Things to manage electricity. Generating enough electricity to keep up with an ever growing population is difficult, but that's not the only challenge--adding the power lines, substations, and other equipment needed to transmit electricity reliably from generator to consumer is also hard in a landscape that is already crowded with buildings.

In 2015, Shanghai launched China's first pilot of 'demand response'--an energy management method that notifies commercial electricity users when energy demand is peaking, and rewards them if they temporarily reduce their consumption.

London too uses smart city technology in its London Underground ticketing system -- the Oyster Card. Ashton goes on to say:

Managing increasing passenger volumes is essential for city transportation services, and smart tickets, which effectively sense whether a passenger is permitted to ride as they enter a station or vehicle, are the best way of doing it.

The number of passengers on the London Underground had been increasing rapidly since the 1980s, and Oyster Card enabled London's administrative body, the Greater London Authority, to reduce congestion at transit entrances and exits. Passenger journeys have increased by more than 40 percent since it was introduced.

The challenge is that with smart cities, security monitoring can often feel "complex and chaotic." Cloud security is perceived to be a thorn in the side of security professionals; many struggle to monitor the environment effectively.

A recent study by San Mateo, California-based security management company AlienVault showed that while 62 percent indicated they are worried about IoT devices in their environment, 45 percent believe that the benefits of IoT outweigh the risks.

Another report, IoT Disruption and Opportunity in the US Insurance Industry, by NTT Data shows that over 80 percent of carriers believe leveraging smart home and IoT tech will attract new customers and improve relationships. However, 55 percent believe the expenses required to purchase and install devices will remain a major hurdle to moving forward with IoT.

With this major disconnect between beliefs and actions global smart city adoption will take time. The driving force behind cloud and IoT is the availability and analysis of information, but they must be managed and monitored in the right way.

Many IoT devices utilize cloud functionality in their back end.

Ashton says that Shanghai is one of many hundreds of smart cities emerging worldwide. Juniper Research namedSingapore, London, Oslo, Barcelona, and San Francisco as five of the smartest cities.

The industrial IoT market in China is huge. By 2020 there will be 200 billion IoT connected devices globally, 95 percent of which will be manufactured in China.

Ashton adds that China aims to have more than 50 smart cities, in addition to Shanghai, while India is aiming to develop 109 smart cities under a program launched by its Prime Minister Narendra Modi in 2015.

The UN predicts that two-thirds of the world's population will be living in cities by 2050. Cities will need to get smarter. Cloud vendors will need to address the perception gap that exists when it comes to policy protection, security, price and IoT.

Until organisations can accurately improve their visibility in the cloud to ensure that this point of intersection does not become a blind spot that could be exploited by malware operators, smart cities will fail to succeed. 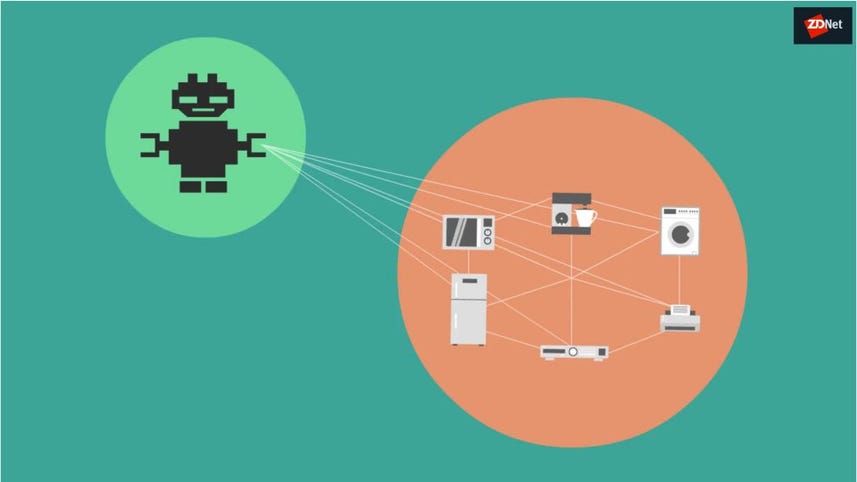