Amazon Video is forming a team to create a virtual-reality platform, according to a job listing on GlassDoor looking to hire a senior software development manager for virtual reality. 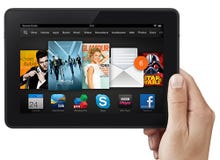 First spotted by blog UploadVR, the job listing states the manager will "lead [their] Virtual Reality team" and will be responsible for "building the Virtual Reality experience within Amazon Video."

Netflix, Hulu, Vimeo, Twitch, and TiVo have already begun experimenting with virtual reality for offering their content. Amazon Video offers similar content to its competitors, so it makes sense for Amazon to get in the space.

For Netflix, users can view shows on the Samsung Gear VR -- an Oculus virtual reality headset -- in two-dimension. Oculus said in September 2015 that it will have a 3D feature for movies and television shows in the future.

Amazon hasn't officially commented on the job listing, and it's not clear what the timeline is for an Amazon VR product.

"Entertainment is evolving rapidly," the description continues, "the Virtual Reality team will explore and create the platform and interface for immersive storytelling. This will include an ingestion and playback platform for Virtual Reality experiences."

Research analysts at CCS Insight believe more than 24 million VR devices will be sold in 2018, as major companies like Facebook and Google are heavily involved.

"Most consumers find virtual reality a mind-blowing experience the first time they try it," Ben Wood, CCS Insight's Chief of Research, said. "We believe it has tremendous potential and it's not just about expensive high-end devices such as the Oculus Rift. For only a few dollars, consumers can dip their toe in the water with an inexpensive cardboard holder for a compatible smartphone."