For almost a decade AMD has yielded ground to Intel when it comes to processors, but the new Ryzen 7 chips change all that -- on paper at any rate.

Must read: Has AMD thrown Intel off its chip game?

Today, March 2, AMD will carry out a hard launch of three new Ryzen 7 chips that not only outperform Intel's high-end silicon, but do so at a fraction of the price.

Here are the three chips AMD is releasing today:

Two more Ryzen processors are scheduled for release during the second quarter.

Here is the lineup, with each new AMD Ryzen chip matched up with its equivalent Intel silicon:

AMD Ryzen: Everything you need to know SEE FULL GALLERY

Three things stand out from that chart:

The strength of AMDs silicon is better multithreading. Even benchmarked clock-for-clock against Intel's Core i7 6900K Broadwell-E and Core i7-7700K Kaby Lake chips (with all processors frequency locked to 3.5GHz), the Ryzen 7 1800X showed a 2.7 and 6.5 percent performance advantage respectively over its rivals in the Cinebench 1T benchmark.

However, when running at stock frequency things were a bit different. While the Ryzen 7 1800X could match the performance of the Core i7-6900K, the Core i7-7700K outpaced it by 15 percent in the same benchmark in single-threaded performance.

Ryzen's power is clearly down to AMD's more efficient leveraging of multithreading using SenseMI, a set of sensing, adapting, and learning technologies built into Ryzen chips. This allows a 40+ percent increase in instructions per clock.

Ryzen chips that have the X moniker (1800X and 1700X) not only have a higher base and boost clock speeds, but also double the XFR boost overhead.

The focus on multithreaded performance makes Ryzen chips ideal for modern workloads 3D rendering, virtualization, video editing, and tasks such as streaming video games to the internet, and allows the chip to get more done per tick of the clock.

And speaking of gaming, every Ryzen chip will come an unlocked multiplier to allow overclocking (depending on motherboard support).

And speaking of motherboards, here are the chipsets broken down by segment:

"Four years ago we began development of our 'Zen' processor core with the goal to deliver unprecedented generational performance gains and return choice and innovation to the high-performance computing market," said Su. "On March 2, enthusiasts and gamers around the world will experience 'Zen' in action, as we launch our Ryzen 7 family of processors and reinvigorate the desktop computing market."

"We deeply appreciate the ways in which our partners and customers came together to build a high-performance ecosystem for Ryzen," said Jim Anderson, senior vice president and general manager, Computing and Graphics Group, AMD. "With an anticipated 82 new motherboards from ODMs worldwide, Ryzen-based designs from top global PC OEMs expected soon, and boutique SIs and OEMs showing extreme-performance PC designs, this will be a launch like no other. Unprecedented pre-order support from etailers globally shows that our ecosystem and partners are fully behind AMD and our commitment to return innovation and competition to high-performance PCs." 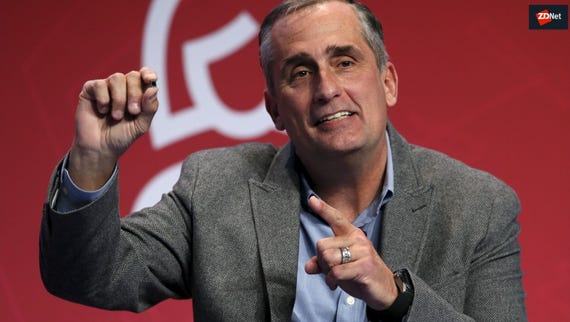 Join Discussion for: AMD Ryzen: Taking the fight to Intel