Amidst furor over face recognition, Veritone promotes software’s use in law enforcement

The world is in an uproar about the use of facial recognition software by police to identify suspects. But five-year-old software vendor Veritone believes the software can be used for good, to "change the job of law enforcement." Police in the city of Anaheim, Calif., have been impressed with the results in a trial phase.
Written by Tiernan Ray, Contributing Writer on May 29, 2019 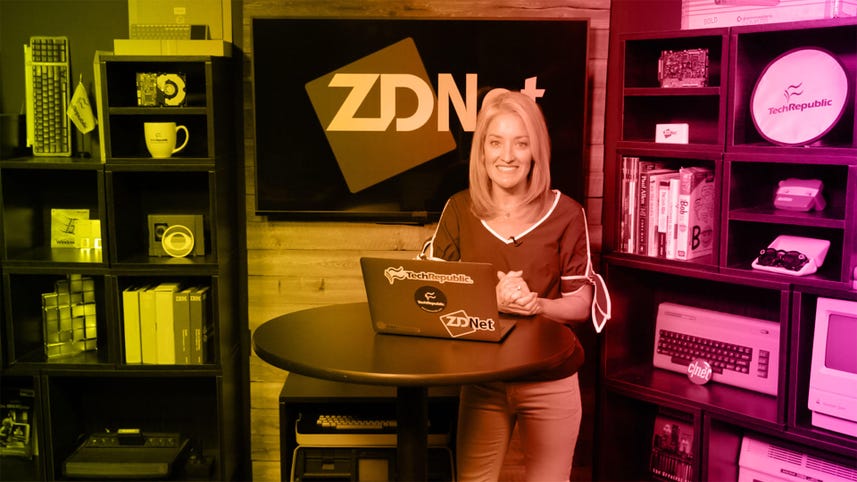 There is an uproar over the use of facial recognition technology, with San Francisco's Board of Supervisors earlier this month voting overwhelmingly to prohibit use of the technology by the city's law enforcement authorities.

But discomfort with facial recognition is not stopping companies from developing the technology, nor is it stopping law enforcement from exploring its use.

Wading into the debate is five-year-old Veritone, a publicly traded company that has been shipping software using machine learning technology for several years.

Chad Steelberg, founder and CEO of Veritone, believes the company's latest software, called "IDentify," a program for law enforcement, is his company's most meaningful venture to date.

"We have been able to catch bad guys, just off of sketches," Steelberg says, in an interview with ZDNet. "We are making a difference."

One of Veritone's potential customers is just fifteen miles from Veritone's Costa Mesa, California headquarters: The police department of the city of Anaheim, Calif. The department is using the technology in an initial, trial phase, and finds it has already delivered useful results.

"If not for this technology, I have no doubt many of those cases would have been left open," says Julian Harvey, who is deputy chief of police at the Anaheim police department, in an interview with ZDNet.

The department has a database of thousands of known offenders, going back decades, people booked into the system on arrests for whom there is a mugshot on file.

The IDentify software is used to compare new images -- something such as closed-circuit camera footage from the scene of the crime -- to recognize whether the face matches any images in the database of known offenders.

In this trial phase, the deployment of the software has already led to solving one case and has helped to identify potential suspects in 100 cases, cases that might otherwise have had no leads, says Deputy Chief Harvey.

As used by Anaheim P.D., the IDentify software gets around a laborious task that can often be prohibitive: Searching the database manually, by specifying things such as age range and facial hair type.

"You can get thousands of hits; I'm not going to sit there and look at thousands of images, with the intent of seeing if I get lucky," he says. "That would be one of the bigger wastes of time just because of the volume of data you're dealing with."

IDentify has proven "remarkably accurate," says Harvey, and it seems to be able to cope with problems in images that would stump a human searching the database.

Oftentimes, for example, police are dealing with very poor-quality images from a crime scene. "Sometimes it's heavily pixelated," Harvey says of crime scene images. "Sometimes it's not the full frontal, or it's partially obscured by a sweatshirt or long hair."

"Even with a very grainy still from a heavily pixelated video, it's managed to make a hit," meaning, to find matches in the database.

Booking photos from years, even decades earlier, may be misleading because a suspect may have, for example, grown a beard since that time. When a human looks at those pictures, one by one, "You're not paying attention to the eyes and nose and lip and ear and eyebrows," Harvey says, but that is "what the algorithm is doing."

The first real success with the program was from a sketch of a sexual assault assailant, Harvey says. That positive match in the database led to an arrest. However, Harvey is quick to add that the software is not a replacement for police work. "It's not like the case was solved right after we saw a match," he says. "It gets you halfway down the road."

One way to look at it is that the software is a first step, a way to confront that daunting database, Harvey says. It is providing detectives with "possible hits." A detective then has to examine those potential suspects. If someone's whose picture comes up in the software is now deceased or in jail, they're immediately eliminated.

"Or another hit could be on probation, and there might be other evidence that links them to the scene, such as cell phone records," observes Harvey. "Those are the kinds of things we use to corroborate."

"It's not as if the case is done," when the software comes up with something, he says, "but often these cases would otherwise go nowhere."

One might wonder what algorithm, exactly, is operating to make all that happen. Veritone's Steelberg, who claims to have written his first neural network when he was in seventh grade, contends that the details are beside the point. IDentify is running on top of what Veritone terms an "operating system for AI.," called "aiWare." As such, the individual details of a given algorithm are less important than what aiWare enables.

"What aiWare enables is no longer dealing with specific algorithms," he continues. "All the science is handled under the covers." The platform has made possible a second program, called "Redact," also for law enforcement. That program can automatically delete items from a video or a document. That's meant to relieve the burden on law enforcement when they are compelled to release items to the public and have to first cleanse it of sensitive material.

"The best part about aiWare is that we built IDentify and Redact in less than 90 days each," Steelberg says. "We spec'd it out, we had offshore teams go to work on it, and we project managed it."

Veritone now has over 10,000 data scientists building on the aiWare platform, says Steelberg. The software's collection of machine learning models is the largest of any company in production, with 140 just for transcription and object detection, he boasts, across "18 categories of cognition." He is very mindful of Amazon's "Sagemaker" and other platforms for building machine learning models. "We think it's phenomenal," says Steelberg. "BigML is another great platform," he adds, referring to the Corvalis, Oregon startup company.

"We can integrate with whatever people want," he contends. "The framework for data scientists is not what we do, we are the orchestration of those micro-models."

Still, there is that furor. The Washington Post had a nice feature in April about the uproar over the use by Oregon police of Amazon's "Rekognition" software.

Deputy Chief Harvey of Anaheim expects there will be court challenges at some point.

"Any attorney worth their salt will pick apart the prosecution's case" in anything brought before a jury, he observes. "Absolutely, this could be challenged in court, and I expect it will be."

The job of prosecutors and police is to "walk the jury through this, to explain how a match was made -- it's the job of the investigator to lay out the case, and to explain, here's what we did after a match was made," he says, meaning, the subsequent detective work.

Veritone has several trials in place of IDentify and Redact.

Steelberg, who co-founded the broadcast advertising startup dMarc, in 2002, and sold it to Google in 2006, is energized by the pivot to law enforcement.

"We are becoming more of a mission-centric company," he says. "One of my priorities for this year is to see us really take a significant leadership position in the state and local law AI space," he says.

For many years, Veritone focused on machine learning for the purpose of things such as analyzing video for use by media and advertising companies. The involvement with law enforcement, as Steelberg describes it, gives the company a somewhat higher purpose.

"The applications we first rolled out to monitor media and quantify advertising is valuable, but it doesn't really compel me from a mission perspective to get up and work every day for 18 hours."

With IDentify and Redact, "we are changing the job of law enforcement."