More than 70 percent of consumers in Asia-Pacific believe their personal data is not properly protected online, with 55 percent unlikely to use online services if there is no guarantee such information is secured.

Cybersecurity also was a top concern among respondents, according to a survey released by Internet Society (ISOC), which polled more than 2,000 across 40 markets in the region, the majority of whom were the industry group's members and from South Asia. 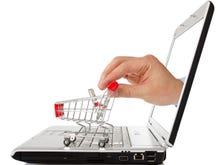 Alibaba powers ahead in retail as Amazon plays catch up While Amazon remains mum over its on-off-on-again Singapore launch, Alibaba's online-offline strategy has cemented its footprint in the Chinese retail space, with further growth targeted for Southeast Asia.

Some 90 percent were not comfortable revealing bank and credit card details online, with almost 60 percent confessing they did not have sufficient knowledge and tools to safeguard their privacy online.

Some 45 percent were unwilling to use online banking and financial services if there were no guarantees their personal data would be properly secured, while 40 percent were unlikely to use e-commerce sites and e-tailers.

Some 67.5 percent agreed the internet had become a more regulated environment over the past year, revealed the study, which said respondents had highlighted the need to regulate fake news and concerns over increased surveillance that violated user privacy. Others also expressed anxiety over increased censorship and blocking of sites that impacted freedom of expression.

ISOC's Asia-Pacific bureau director Rajnesh Singh said: "The survey results underscore the need for both the public and the private sectors to not only build robust and secure networks and systems, but also to develop tools that equip users with the knowledge and skills to use these services safely online.

"Users want to be informed and desire to have a certain level of control over the collection and use of their personal information," Singh added. "Public and private organisations that collect and share user information need to take this into account when formulating or updating privacy frameworks. This is also relevant for governments in the region as they start to consider new provisions such as the 'right to be forgotten' as well as pursue digital transformation initiatives."

According to the survey, 38 percent said internet-related policies, regulations, or laws established by their government over the past year affected their use of the internet both positively and negatively. Some 28 percent said such impact was largely positive, while 20 percent felt no impact on their online use.

Among 10 percent who felt a negative impact indicated a high level of awareness of new policies associated with censorship, freedom of expression, privacy, content filtering, and both government and commercial surveillance.

Join Discussion for: APAC users not confident their online data...