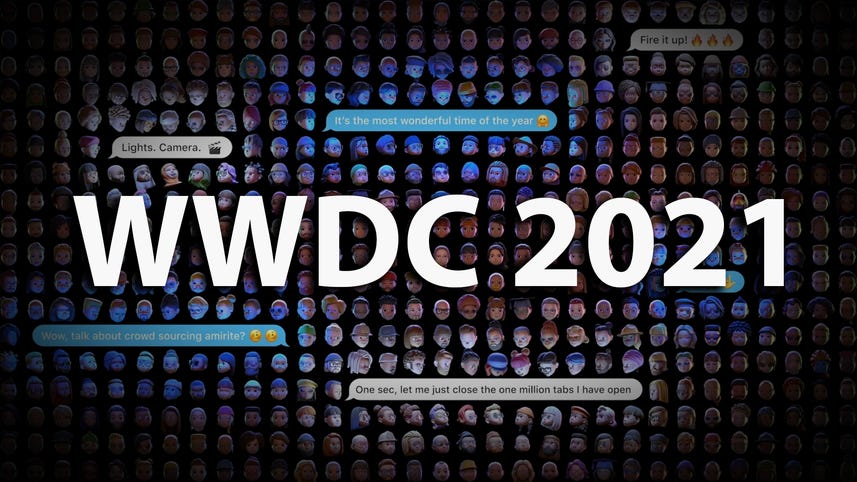 Over the years, Apple has indirectly responded to many of Google's AI advances beating it to market by noting that it was committed to advancing the benefits of machine learning without compromising privacy. Indeed, at this year's WWDC, privacy was as big a theme as it's ever been. The company made itself a larger thorn in the side of martech with moves like beefing up IP obfuscation, blocking mail tracking pixels, and providing VPN-like relay services to paid iCloud subscribers at no additional fee.

On the heels of Google showing off the ability to identify certain medical conditions based on photos of the skin, Apple introduced the ability to track the risk of falling by analyzing one's gait. And in revisiting one of the company's highest-profile early forays into AI in a more privacy-conscious era, Apple announced that it would be enabling far more of Siri's commands to work offline, a benefit driven by the company's ever-faster processors (albeit one where Apple is still following Google's path).

Particularly with the Mac now in the Apple processor family, Apple has been aggressive about making functionality available across its portfolio of devices. A prime WWDC example of this was SharePlay, the OS-level implementation of Netflix' Watch Party that will work across the iPhone, iPad and Mac. Indeed, some of Apple's AI-driven goodies like Live Text will make it onto the iPad and Mac (if the latter isn't one of the newly minted second-class citizenry running an Intel processor).

However, the iPhone remains the center of its efforts thanks to the smartphone's unique mix of powerful processor, ample (compared to a smartwatch) battery, constant connectivity, and personal connection. Many of these come into play in Apple's tracking of falling risk. But even in cases such as Live Text, where its other devices are up to the task, the iPhone will be the de facto device taking advantage of this feature. One example: the Apple demo where the feature captures the contents of a whiteboard.

In contrast, Apple's focus for its larger-screen devices focused on productivity features that, while useful, are more associated with the traditional computing model. For example, iPadOS 15 highlights included more versatile and larger widgets, more visually intuitive and keyboard-controllable multitasking, a new "shelf" interface for managing open documents within apps, and a Quick Notes feature for jotting down bits of information. The last can be created on an iPad or Mac, but only viewed or edited on the iPhone. One other meaningful user interface tweak: iPads will now display stubborn iPhone apps in portrait mode even when the iPad is in landscape orientation.

As for the improvements in the next macOS, dubbed Monterey, much of the focus was on tighter integration. The most impressive of these, Universal Control, provides the slickest and most literal example among popular consumer platforms of devices working better together, with seamless shifting of keyboard, mouse control, and content across Macs displays and iPads. The Mac will now also be able to be used as an AirPlay target for video and music and Shortcuts, another iOS import, will eventually replace Automator.

Finally, Safari has gotten a tab usage makeover, although these improvements will also make their way back to the iPad and iPhone. As Apple pointed out at its WWDC presentation, the iPhone implementation of Safari's new tab approach is both the most creative and beneficial of those on Apple devices as it helps compensate for the iPhone's limited screen area. But while Apple can always do more to improve the iPhone experience by improving how the user controls the device it's clear that the more meaningful improvements will increasingly come from things that the iPhone can do on its own.

The latest mobile OS release from Apple includes on-device intelligence for more engaging FaceTime calls, the capability to store your state ID in Apple Wallet and more.
Apple's competitors weren't mentioned in WWDC 2021 keynote, but they were all there
Apple's software roadmap is more evolution than revolution with a privacy twist, but the company went a long way to closing gaps with the competition.
Everything Apple unveiled this week: iOS 15, FaceTime upgrades and more
At WWDC 2021, Apple's annual developers conference, we got our first glimpse of iOS 15 and much more.