The US online retailer finally introduces Amazon Prime in Singapore but the launch has been described as "piecemeal", which should give Alibaba even more room to expand its own footprint in the region.
Written by Eileen Yu, Contributor on Dec. 8, 2017 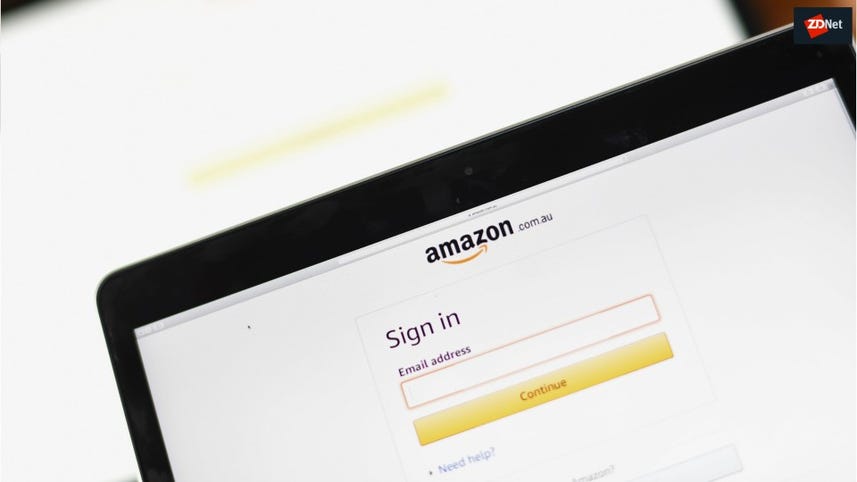 Amazon is finally making moves to extend its online ecosystem to some markets in Asia-Pacific, but its efforts so far appear haphazard--with limited services and range--giving Alibaba, which has been aggressively expanding in this region, even more room to storm into the lead.

It also opens up questions over whether Amazon is indeed serious about its gameplay in Asia and has truly recognised the region's growth potential.

The US online retailer on December 6 unleashed its Prime service in Singapore, giving customers here unlimited free shipping on "millions" of local and international products as well as access to movies and TV shows on Prime Video and video games on Twitch Prime.

The 16th country to get Amazon Prime, Singapore's offering is available for free during the first month and, thereafter, at a "limited time" promotional price of S$2.99 per month. Amazon did not reveal how long this would remain its pricepoint before reverting to its regular monthly subscription of S$8.99. Unlike Amazon US, there is no yearly subscription option.

The launch comes months after it introduced Prime Now here in July.

Still missing, however, are its brand of products such as Echo and Kindle and Prime Music service. And customers who are Prime subscribers of the US site will have to enrol separately for the Prime service in Singapore

In addition, Amazon Prime here is accessible only as a mobile app, with no web-based version, forcing subscribers to browse and make their orders exclusively on their mobile devices. This is a sore point for users who want the option to toggle between their desktop and smartphone.

Furthermore, the launch comes a day after it canned free global shipping for orders above US$125 made on its US site, to much annoyance amongst Singapore customers who had enjoyed the free delivery service over the past four years.

For them, the Prime launch has resulted in a poorer service delivery and reduced product options.

Noting the "surprising" move to leave out Amazon Echo devices, Gartner's research director Adrian Lee described the decision to "drip launch" its full ecosystem here in a "piecemeal manner" as "an unusual choice".

"I suppose we are not going to experience the ease and convenience of conversational commerce for a while still. [And] there is no indication of Prime Music's availability in Singapore," Lee said. He noted, though, that the availability of Prime Video would play up an interesting counterpoint to Netflix here.

Forrester's senior analyst Wang Xiaofeng said Amazon's ability to retain customers would depend on the consistency of its service quality and whether the US company could provide more value than what might not be available from other retailers.

At this point, though, that value-add is somewhat unclear. Online shoppers here currently have more product options, at competitive price points, and better logistics service delivery from local and regional providers than they would from Amazon.

Lee said incumbent e-commerce operators in the region "should not be too perturbed" since most offered same or next-day delivery and on a growing product selection. In comparison, Amazon's two-hour delivery service for Prime Now applied only to a limited selection in Singapore, the Gartner analyst noted.

"Speedy and accurate fulfilment is a critical part of the customer experience. Amazon still has its work cut out--to both reduce international delivery timings and grow their local merchant base," he said.

"What's disappointing is that existing Singaporean consumers who hold US Amazon memberships can't transfer them to a local membership, which seems uncharacteristic of an organisation that's obsessed with providing a leading edge customer experience," he noted.

He added that Southeast Asian e-commerce operator, Lazada, currently offered a loyalty programme, LiveUp, that was available at S$49.9 a year and offered members free shipping with no minimum spend.

Amazon Prime membership, on the other hand, would total S$107.88 per annum at its regular monthly subscription of S$8.99. And subscribers would have to spend at least S$40 to enjoy free two-hour deliveries and at least $60 for free shipping on international orders.

"This misconception has to be cleared up--consumers need to be aware this isn't free shipping per se," Lee said, pointing to the minimum spend before free shipping was offered.

"Like for like, the membership fees [between Prime and LiveUp] are not comparable as local e-commerce providers ship quicker locally as their merchants are based in-country," Lee said. added that Amazon's introductory subscription offer of S$2.99 was likely to remain until it saw sufficient uptake of the Prime service.

Nonetheless, he said the US retailer was expected to see good enrolment numbers during the festive season, especially since digital commerce in Singapore was clocking strong growth. He added that online spending was likely to outpace physical retail purchases during the year-end holiday season.

The US vendor, though, had a slow start in Australia where it recently launched its online service, offering "millions" of products across 20 categories from local brands as well as its own range of products and services including Echo, Kindle, and Prime Video. Free shipping is available for orders above AUD$49 and deliveries are fulfilled from its new centre in Dandenong South, Victoria.

Its Australia country manager Rocco Braeuniger said: "Focusing on customers and the long term are key principles in Amazon's approach to retailing. By concentrating on providing a great shopping experience, and by constantly innovating on behalf of customers, we hope to earn the trust and the custom of Australian shoppers in the years to come."

Earning their sales, however, might take a tad longer. Consumers Down Under had observed that prices listed on Amazon's local site were either higher or similar to those offered by current retailers in the country, according to local reports.

Roy Morgan Research said retailers there would not be able to compete solely on price because they already were operating on low margins and high operating costs. The research firm added that it would be "an unrealistic stretch" for local retailers such as JB Hi-Fi and Harvey Norman, which had said they would compete with Amazon on price, given their high-margin business model. In particular, it added, Amazon's success was driven by volume, not profit margin.

Australian retailers, though, would have a key advantage with their strong local presence and local connection. Roy Morgan explained: "Amazon is anything but human and definitely not local. Take Australian supermarket brands as an example. They are in every local neighbourhood and do not have high levels of online shopping.

"Do not try to compete on price. You cannot win," it advised local competitors. "Instead, compete on everything that has a human and local connection. Amazon cannot compete with that."

In Asia, for now at least, it also appears unable to match up to Alibaba's aggressive moves to grow its footprint in the region.

The Chinese e-commerce giant in April 2016 acquired a controlling stake in Lazada for US$1 billion and in June this year committed another US$1 billion to boost its shares to 83 percent. The deal gave Alibaba access to six markets in the region, including Indonesia, Malaysia, and the Philippines, and put its Alipay mobile payment brand in front of consumers in four of these markets.

In addition, it launched its Taobao marketplace in Singapore through Lazada, allowing consumers in the city-state to buy selected products from the online platform. A dedicated website was unveiled, with an initial 400,000 Taobao products, and purchases would be shipped at a flat delivery fee of S$2.99.

In March, Alibaba further announced plans to set up a distribution centre in Malaysia as part of a wider agreement to build up a digital trading network in the country. Expected to be ready by end-2019, the new facility would be located near the Kuala Lumpur International Airport and serve as a regional e-commerce and logistics hub.

In comparison, Amazon's efforts in this region--as seen in Singapore and Australia--appear poorly matched.

The US online retailer still has first-mover advantage and strong branding and customer trust in this region. However, Alibaba has been building on its "new retail" strategy of melding offline and online customer experiences in China, where it has leveraged to drive record sales at this year's Singles Day shopping festival.

Should it decide to expand this vision to the rest of Asia-Pacific, Amazon then will find it even more challenging to compete in this region--if it is indeed serious about servicing markets here.