Thirteen years after effectively creating the cloud computing market, Amazon Web Services remains the dominant market player. When it comes to artificial intelligence and machine learning services, the competition is much stiffer: Google arguably has the deepest portfolio of machine learning technology of the major cloud players, while Microsoft is known as a pioneer in speech and vision and natural language processing.

That's left Amazon with something to prove.

Going as far back as 25 years, Amazon has been "truly pioneering the way we apply machine learning to real world problems," AWS CTO Werner Vogels claimed Thursday on at the re:MARS conference in Las Vegas.

With its new re:MARS conference, Amazon is aiming to change the narrative around AI. It laid out the way AI is integrated into every part of its massive e-commerce business. It announced a new, cutting-edge drone designs and pushed forward Alexa's conversational speech capabilities. Amazon also dazzled conference attendees with appearances from tech luminaries like Andrew Ng and celebrities like Robert Downey, Jr. All told, the week served to sell Amazon to its potential partners and customers as an innovator and a leader in AI -- and a company that can help others gain their own AI-powered advantages.

"Tens of thousands of customers on our platform are making use of machine learning," Vogels said -- "companies of every possible size."

Amazon kicked off re:MARS Tuesday night with a keynote address designed to bolster its nerd credibility. In lieu of any actual product promotion, Amazon used the event to simply revel in the excitement of AI innovation. Dave Limp, SVP of Amazon Devices & Services, opened the event by praising the "builders and dreamers" pushing forward the state of the art. Boston Dynamics trotted out its robot Spot. Scientists from Walt Disney Imagineering showed off truly impressive -- if fairly useless -- animatronic stunt performers. They also showed off a lot of the math behind their robotic innovations.

On Wednesday, Amazon dove deep into its own use of AI. Executives shared the way the company uses AI to power e-commerce forecasting, and it showcased a new AI-based shopping feature called StyleSnap. Amazon also revealed newest fulfillment center robots, as well as a new drone that Amazon says will start commercial deliveries within months. For in-store shopping,  Amazon revealed new details about the technology that drives its Amazon Go stores. To stay connected to customers in their homes, Amazon revealed how it's driving forward conversational AI with Alexa.

On Thursday, the keynote stage featured words of wisdom and business advice from Amazon CEO Jeff Bezos -- as well as an interruption from an animal rights protester. She was quickly ushered off stage but not before reminding Bezos and the audience, "You're the richest man on the planet!"

While showing off its own AI prowess, Amazon also used the re:MARS conference to demonstrate how its customers can gain a competitive advantage with AI. For instance, a robotics showcase demonstrated the way companies can deploy robots, relatively easily and cheaply, with tools like Amazon SageMaker and Amazon RoboMaker.

One small robot circled a track, using computer vision to identify toy dinosaurs that were interspersed among Lego trees around the track. Built in partnership with Nvidia, the robot uses a local GPU board and is integrated with RoboMaker out of the box. There's multiple use cases for a robot like this. Its machine learning models can be trained with SageMaker and deployed over the air to robots in production anywhere in the world.

Meanwhile, Amazon partners like Appen and Figure Eight were on hand to walk attendees through some of the challenges of getting machine learning projects off the ground, such as finding and labeling solid training data. "If you don't have training data, it's very difficult to get started with machine learning," said Dale Brown, head of operations at Figure Eight. 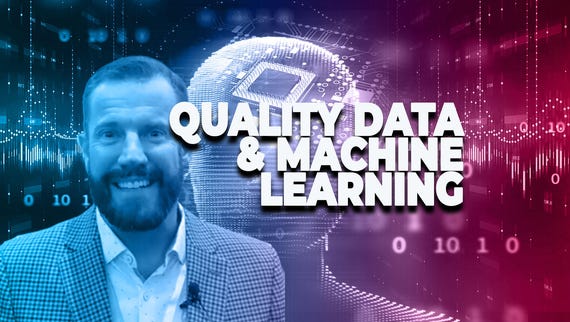 Join Discussion for: At re:MARS, Amazon sells itself as an AI...