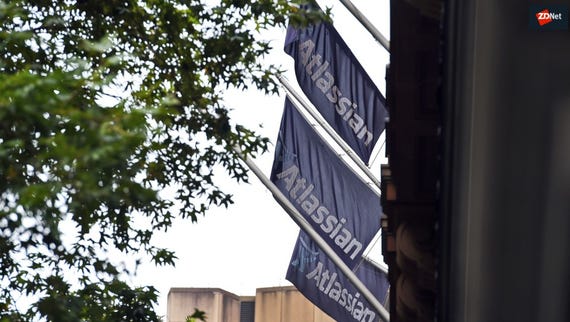 The New South Wales government is supporting the creation of a technology and innovation precinct in Sydney's CBD, which it hopes will create 10,000 new jobs by 2036.

A taskforce led by Jobs for NSW chair David Thodey will also be created to lead design and development of the precinct, which is to be located between Central Station and Eveleigh. The taskforce will include representatives from University of Technology Sydney, Sydney University, and Sydney Business Chamber, as well as industry experts from Aussie startups.

NSW Premier Gladys Berejiklian said the hub will "cement Sydney as the tech capital of Australia".

"Sydney and NSW are generating the jobs of the future and this new technology precinct will help turbo-charge our economy," she said. "Central to Eveleigh is already home to Australia's largest cluster of startup firms. We want to use that as a base to grow new jobs and new businesses."

Atlassian co-founder and co-CEO Scott Farquhar added that Sydney has the potential to be one of the world's leading tech cities.

"If you look at every successful innovation hub in the world, from Silicon Valley to Tel Aviv, they all have a centre of gravity -- a place the startup community calls home," he said. "The creation of a tech hub sends a very loud signal -- not only to the country, but to the rest of the world -- that we're in the race."

The precinct will also benefit from excellent transport links, help revitalise the part of Sydney near Central, and "safeguard [the area's] important heritage", the government added.

The innovation precinct will join Sydney's Startup Hub, opened earlier this year on the other side of the CBD, which has Microsoft as one of its main tenants.

Located on York Street opposite Wynyard Park, the hub spreads across more than 17,000 square metres and 11 floors and is predicted to create 6,500 new jobs in the state.

The hub is one of eight locations globally to house Microsoft's Scale-Up accelerator program, which Berejiklian said at the time said will specialise in quantum computing.

In 2016, five Australian universities teamed up with the Commonwealth Scientific and Industrial Research Organisation (CSIRO) in a bid to convert Sydney's former coal-fired White Bay Power Station into a Silicon Valley-style innovation hub.

The proposed project faced delays, however, with Google reportedly backing out of negotiations to redevelop the site last year.

Minister for Citizenship and Multicultural Affairs Alan Tudge told members of the Business Council of Australia that the holes in their tech capability can still be filled under the 'skilled migration' plan.

Atlassian paints dire future for workers in the face of automation

Mike Cannon-Brookes told a Senate inquiry that if action isn't taken by the Australian government to upskill and retrain people in the face of automation, the consequences are pretty grim for not only workers, but the future of the nation too.

Join Discussion for: Atlassian to work with NSW government on...