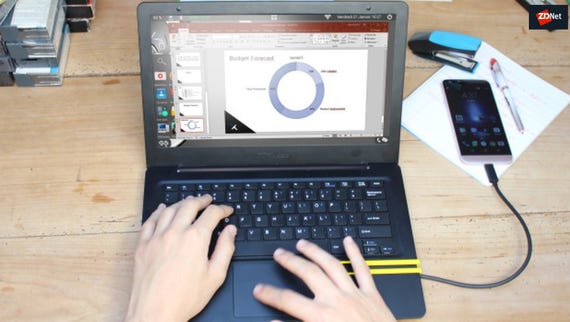 Lenovo (Australia & New Zealand) has made its financial results for 2017 available to the Australian Securities and Investments Commission, reporting AU$699,294 in after-tax profit.

In response to questions about the significant rise in tax paid, the company said: "Lenovo pays its taxes in accordance with all Australian tax laws, and complies with relevant local taxes around the world."

Revenue from the sale of goods for the reported year was AU$699.5 million, while revenue from services totalled AU$31.9 million.

All assets and liabilities of the Data Centre Group operations were transferred to the newly incorporated entity as at January 1, 2017, the company explained.

Itemised on its balance sheet was AU$115.2 million in receivables from other Lenovo group companies.

Lenovo, alongside the local arms of Microsoft, Apple, Google, and Samsung Electronics, had its Australian income for the 2015-16 financial year published by the ATO, with the 2015-16 Report of Entity Tax Information revealing last month that the multinationals are paying the appropriate amount of tax.

The legislation mirrors laws implemented in the United Kingdom, nicknamed the Google Tax after the search engine giant was ordered to pay the UK government £130 million in back taxes.

CES 2018 is more about AI, 5G, gadgets and transportation, but it's worth checking out the wares from laptop makers. Common themes: Thin is in and so is Alexa integration.

Announced at CES 2018, the Mirage Solo is the first headset to make use of Google's WorldSense technology.

Worldwide shipments of desktops, notebooks, and workstations hit nearly 260 million units in 2017, the market's most stable year since 2011, according to IDC.