The signing of the treaty will see greater opportunities for knowledge-sharing between Australia and the US, as the former prepares to launch a national space agency.
Written by Tas Bindi on Oct. 17, 2017 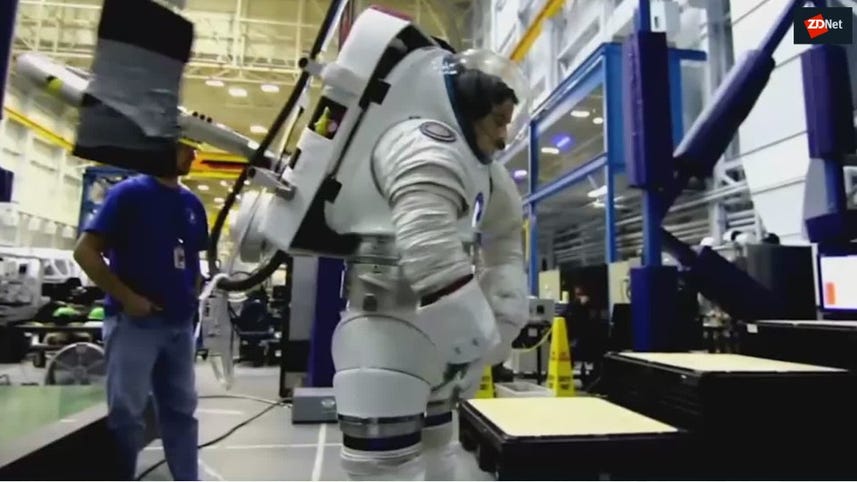 The Australian government has announced signing a Space Tracking Treaty with the United States National Aeronautics and Space Administration (NASA).

Acting Minister for Industry, Innovation and Science Michaelia Cash said the treaty "remains the foundation for a continued cooperative program between Australia and the United States" as the nation awaits the launch of a dedicated space agency.

She added that Australia plays an important role in NASA's exploration of space, having assisted in "almost all of NASA's human and robotic missions to space".

"Our space collaboration with the United States of America began in 1957 with the establishment of a radio tracking facility in Woomera and was formalised in 1960 with the signing of a bilateral treaty on space vehicle tracking," Cash said in a statement.

NASA owns a number of civil space facilities in Australia such as the Canberra Deep Space Communication Complex at Tidbinbilla, as well as facilities in Western Australia and the Northern Territory. The facilities are all covered in the Space Tracking Treaty.

"For more than 50 years, CSIRO has been proud to be one of NASA's homes in the Southern Hemisphere, leveraging our geography and sharing in the world-class capabilities of our scientists," CSIRO CEO Larry Marshall said in a statement, praising the signing of the treaty and the knowledge-sharing opportunities that will arise as a result.

"From humanity's first steps on the moon, to flying past Pluto, to Cassini's recent descent into Saturn, CSIRO and NASA have partnered to not only see more deeply into our Universe, but inspire the next generation of scientists."

In July, the Australian government launched a review into the nation's space industry with the goal of developing a 10-year plan to grow the sector and boost its global competitiveness.

The review was launched to examine Australia's current capability and areas of advantage, as well as the nation's level of regional engagement and international collaboration to identify future partnerships. Additionally, the review has been assessing risks and opportunities, including access to space data and associated infrastructure.

An expert reference group -- chaired by former CSIRO CEO Dr Megan Clark -- was selected by the government to perform the review, which builds on the principles set out in Australia's Satellite Utilisation Policy (2013) and the findings from the recently completed review of the Space Activities Act 1998.

The government said the review is "well advanced" after receiving nearly 200 written submissions and consulting more than 400 people through roundtables in each state and territory.

Australia is one of only two OECD countries that do not have a space agency, according to the Space Industry Association of Australia (SIAA), with the national space industry amounting to less than 1 percent of the global space economy, generating $3 billion to $4 billion in annual revenue, and employing around 11,000 people.

Australia has also been described as a "passive consumer" of satellite data, relying heavily on international partnerships -- such as with Europe, Japan, and the US -- for purchasing the satellite data used by individuals and businesses every day, including for insurance assessment, managing natural disasters, and weather forecasting.

As such, the SIAA argued that there is a "vital national interest" in maintaining the infrastructure, capabilities, and international relationships required to secure access to satellite data sources.

"Australia would also be well advised to consider ways to reduce its dependence on the traditional data sources, and consider its own national priorities in the development of new systems," it said.

The association additionally suggested that the nation needs to become a technology contributor to international partnerships -- especially as the geopolitical environment changes -- or it risks significantly rising costs or loss of access.

The state government also signed a five-year agreement in September with the Australian Capital Territory to push for a dedicated national agency, which the Northern Territory has also sought to join.

"Many people think 'space' is about astronauts and rockets. It so much more than that, it has become part of our everyday lives -- from our daily weather forecasts to using our mobile phones," South Australian Premier Jay Weatherill said in a statement at the time.

"As an industry, space is growing at more than three times the world annual GDP. The potential is enormous and opportunities abundant."