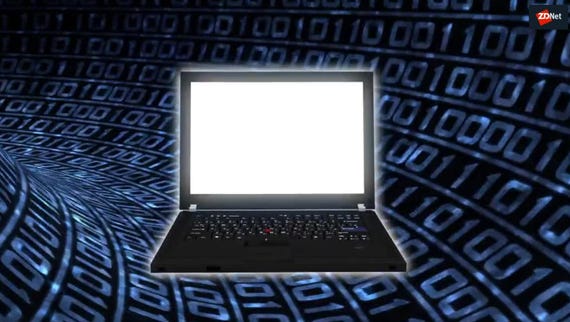 According to the guide, small business is the target of 43 percent of all cybercrime, with the government citing research published early 2016.

Another statistic highlighted by the guide [PDF] is that 87 percent of small businesses believe their business is safe from cyber attack because they use antivirus software.

Ombudsman Kate Carnell said many small businesses lack time and resources but cannot afford to be complacent about cybersecurity.

"Cyber criminals are becoming more sophisticated and small businesses are particularly vulnerable," she said in a statement.

"Online threats are just as real as physical threats. Cybersecurity needs to be taken seriously, like having locks on your doors and a burglar alarm."

Carnell said small businesses shouldn't be afraid of "going online" because the opportunities and benefits could be immense.

"Many small businesses have successfully blended their physical and virtual shopfronts to establish sustainable operating models," she said.

"It would be an incredible shame if small businesses shut themselves out of the online market because of fears about cybersecurity.

"There are risks attached to most activities, even crossing the road. Taking sensible precautions broadens opportunities and heightens the rewards."

The guide offers up three "quick steps to serenity": Prevention, well-being, and response.

The guide encourages small businesses to undertake regular backups, patch applications, use complex passwords and use two-step authentication, and to limit access to administrator accounts and sensitive information.

In attempt to do things "safely" the guide asks small businesses to communicate safe practice and talk about cybersecurity frequently within the workplace, browse safe sites, and only install trusted applications.

"If you think an attack has happened, tell staff and tell the authorities," the guide states. "Restore backups from before the incident. Consider cyber insurance."

Speaking last year at the ASIAL Security Conference in Sydney, Carnell said a lot of small-to-medium enterprises (SMEs) operating in Australia don't think they have anything warranting a cyber attack, believing criminals instead would target the "big guys".

"They know the big guys have really cool systems and they know the little guys haven't," she explained. "Cyber criminals now are attacking small businesses as a result, very, very regularly."

Australia is a nation of small business operators -- defined by the ombudsman as business employing less than 20 employees and by the Australian Taxation Office as businesses turning over below AU$10 million.

As of July 2017, 97 percent of business in Australia were small businesses employing less than 20 employees -- that is 2.1 million individuals employed by a small business.

Carnell added that many do not have a chief operating officer, in-house lawyers, or IT folk. They don't really get cybersecurity even though they know it's a problem, and the CEOs are often actively running the day-to-day business with an office structure around them. As a result, cyber protection is often forgotten.

"This is starting to be a bigger impact among our economy ... than some traditional forms of crime," she explained, but noted that the challenge for many SMEs is they don't know how to protect themselves.

"The reason they don't know how to deal with it is that there's so much stuff in the space across government ... there's a lot of different parts of the federal government dealing in the cybersecurity space."

Ombudsman says SMBs are a growing target for cybercrime in Australia

As the threat escalates, Australian Small Business and Family Enterprise Ombudsman has said knowledge of where small-to-medium businesses should turn in the event of a cyber attack is also unclear.

The Labor leader has said the Australian government needs to help businesses in the country combat cyber threats, but noted that it cannot do so alone.

87 percent of small and medium-sized enterprises surveyed by MYOB consider themselves safe from cyber attack because they use antivirus software.

Why SMBs are at high risk for ransomware attacks, and how they can protect themselves (TechRepublic)

Ransomware cost businesses more than $1B last year, and SMBs are particularly susceptible to attack. Here are some tips and best practices for keeping your company safe.

Cyberinsurance used to be only for large corporations, but policies are becoming available for small and medium-sized businesses. Read advice about what to consider before purchasing a cyber policy.