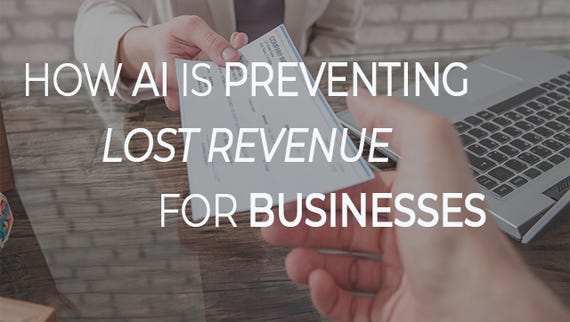 How AI is preventing lost revenue for businesses
Watch Now

When the subjects of robotics and artificial intelligence (AI) are raised, many people react with feelings of suspicion and even fear -- will the mass use of robotics technology combined with AI obviate the need for human labour and, if it does, what happens to humans?

A study -- called The Augmented Human Enterprise, by Goldsmiths, University of London for robotic process automation company Automation Anywhere -- is more optimistic, stating that organisations augmented by automation technologies are 33 percent more likely to be 'human-friendly' workplaces, in which employees are 31 percent more productive.

The report covers multiple industries -- manufacturing, insurance and banking -- and is international, looking at the markets in Japan, India the USA, as well as the UK. And 72 percent of British respondents in companies embracing this technology say their organisation is ready to take advantage of new opportunities and, according to the report's authors this is, "a key indicator of performance".

According to the survey the key to understanding why automation makes people happier at work is the fact that, "it frees them from repetitive tasks to concentrate on creative and strategic work -- the bits of their job they enjoy most".

But the positive impact on workers depends on an organisation making a conscious decision to use automation in a way that enhances employees' skills and complements their working style. "Businesses that value how happy their employees are and create an environment in which employees can learn new skills easily increase the performance benefit derived from automation," says the report.

According to Chris Brauer, director of innovation in the Institute of Management Studies at Goldsmiths: "Digital technology's nascent autonomy promises an evolutionary leap in our capacity to grow as human beings."

"We did a lot of qualitative research in advance of conducting the survey," Brauer said. "A lot of it around what we saw as the four dimensions around making work human: a learning culture of continuous development, a growth mindset, employee engagement, and professional development and ethics.

"We wanted to look at the key priorities of the workers that would define what we call 'making work human'."

He said the "top-level finding" is the very strong relationship between companies that are augmented and seeking to invest in AI and robotics technologies and bringing their people along with them by investing and prioritising making work human. At the same time, those are the companies that are outperforming everybody else.

The approaches to automation seem to vary around the world, according to the research: Japanese businesses tend not to score highly in the 'making work human' dimensions while scoring very highly on the 'augmentation' dimensions, suggesting these firms are prioritising technology but not giving the same amount of thought to making work human.

This is in contrast to Indian companies which have a high level of robotic process automation, the lifting of routines and repetitive tasks, Brauer said.

"That was potentially due to the position of Indian companies within the global marketplace, historical linkages to offshoring, and the relationship towards technology. They embrace technology very aggressively and are very keen to incorporate it into their organisations."

For more on automation and AI

As for the Sales Cloud updates, Salesforce is launching Salesforce Billing, part of Salesforce CPQ, its software that generate quotes for orders.

Looking to compare all different types of automation? Now you can

Until now, there has been no unifying taxonomy to vet different types of automation. For example: What offers a better business case: descriptive or streaming analytics? How does one compare the societal impact of chatbots to driverless cars?

How GitHub became the nexus of software automation

Linux' creator made a utility called Git to keep track of all the contributions to the Linux kernel it triggered a string of events leading to the establishment of GitHub as the de facto automated supply chain for software.

CEO Colin Angle talks about Roomba's path from research thesis to vacuuming your house, and why nearly everyone names their robot.

US government takes on botnets and other automated attacks

To increase the resilience of the internet and the communications ecosystem against threats the US must continue to work closely with international partners.

The 10 fastest growing jobs in the world require people skills, not AI (TechRepublic)

While automation is leading to the decline of certain jobs, human-centric occupations are still seeing growth, according to LinkedIn.

An Alexa-powered microwave and wall clock were just the tip of the Alexa iceberg today.

Join Discussion for: Could automation and AI be making work more...