Back to Samsung from the Apple iPhone for one reason: signal strength

My wife was getting used to the iOS interface, but one major issue had her swap the SIM out of the iPhone 7 and into a Samsung Galaxy S8. She's happy with her phone again and it is not because of the OS.
Written by Matthew Miller, Contributing Writer on June 17, 2017 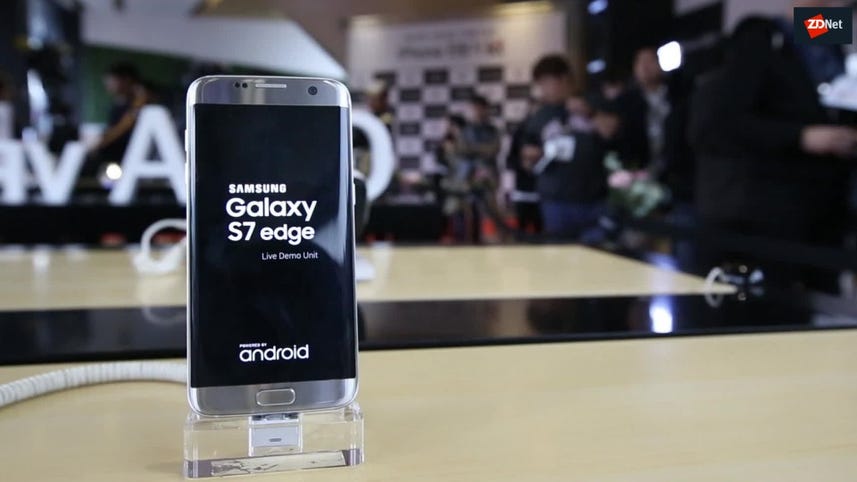 Last week I wrote about some lessons learned transferring my wife to her first Apple iPhone. She gave it a shot for about 10 days, but on Thursday I moved her to a Samsung Galaxy S8 for one primary reason.

As I explained in my previous post, she adapted well to the iPhone and was OK with most functions. However, she works in various retail stores in the Puget Sound region and experienced dropped calls numerous times in stores where her earlier Cricket Wireless and HTC 10 setup worked just fine.

My wife wanted to save some money and try to stick with T-Mobile so I loaned her a Samsung Galaxy S8 since I have always experienced the best reception, measured in dBm and not number of bars, when using Samsung smartphones. In those exact same locations where the iPhone 7 was dropping calls, the Galaxy S8 worked without any calls dropping out. I didn't teach her ways to view the dBm on both phones for a scientific comparison, she just knew that one worked and the other didn't.

After she reported the dropped calls, which actually mirror my experience with the iPhone 7 Plus compared to the Galaxy S8 Plus, I looked around to see if others were experiencing poorer reception on the Apple iPhone. As it turns out, ZDNet's Liam Tung posted last September that testing shows the iPhone is actually one of the worst performers for signal strength.

Thus, the Apple iPhone 7 is being returned to T-Mobile, but she is going to continue to stick with T-Mobile for cellular service for the time being. This saves us at least $25 per month and she likes that she gets more LTE data with T-Mobile too.

It is also clear to me that my wife is an Android user as she is more satisfied using Google Assistant, keyboards with tracing that work flawlessly, and likes customizing her home screen panels in a more personalized manner.