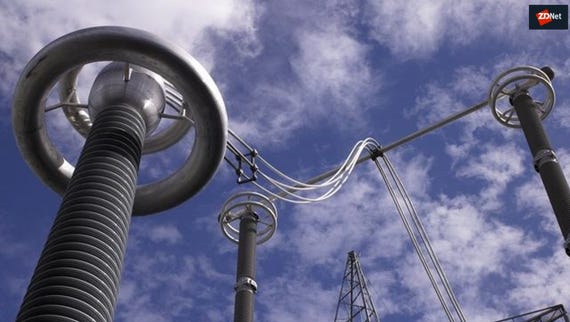 The Basslink Interconnector subsea cable has returned to service, the company has announced, after a two-month outage due to third-party damage to the cable sustained in April.

As of 5.45pm AEST on Tuesday, the wholesale energy portion of the cable was back up and running, Basslink said. The delivery of wholesale telecommunications had been unaffected by the latest outage.

"We are pleased to resume normal operations and would also like to thank our repair team for their hard work and commitment over the past weeks," Basslink CEO Malcolm Eccles said.

"This incident is unrelated to the outage in December 2015 and the ongoing dispute with the state of Tasmania," the company added.

Basslink had last month been forced to delay the return to service of the cable from May 31 to early June, citing "logistics and scheduling challenges beyond the control of Basslink".

"Due to the highly specialised nature of the equipment needed for the repair as well as the time needed to source the required expertise, the repair is taking longer than expected," Eccles said at the time.

At the end of April, Basslink had said it was "looking at every possible opportunity to expedite" the return-to-service date of May 31 after previously delaying the date from April 14 following third-party damage to the system "during the routine maintenance at a transition station in Victoria".

"We have repaired a high-pressure system within a piece of equipment at the Victorian converter station. To return the interconnector to service, we require specialised expertise and equipment to be brought in to repressurise this equipment," Basslink said in April.

"It is a highly technical exercise. The equipment was damaged by a third-party contractor during routine works. There is no damage to the cable itself."

According to Basslink, it has "worked around the clock" with its manufacturing partners over the last week to formulate a repair and repressurisation process, as well as finding experts and equipment and working on logistics for carrying out the procedure.

The company also revealed in April that its dispute with the state of Tasmania will be referred to arbitration after the two were unsuccessful in resolving it during "without prejudice" meetings.

"Unfortunately, the dispute was not resolved, and has led to Basslink being notified by the state today that the dispute is referred to arbitration. Basslink intends to vigorously defend itself in the arbitration and continues to reserve all its rights in this matter," it said.

"Basslink maintains its position that there is no proper basis for these claims."

The Tasmanian government had in March said it is seeking AU$122 million in compensatory damages from Basslink due to a months-long outage of the wholesale telecommunications and energy subsea cable.

Basslink has continually refuted claims by the state government that it breached the Basslink Operations Agreement (BOA) contract it has as the operator of the submarine cable.

The Tasmanian government's threats of legal action against Basslink followed reports from two global experts provided to Hydro Tasmania in December that found the outage of 2015-16 was caused by Basslink exceeding its design limit, which then degraded the cable.

Hydro Tasmania, a state government business enterprise that is responsible for a majority of the state's energy generation, at the time said the findings "vindicate" its decision to have the outage investigated.

Basslink responded by saying the outage was not caused by anything other than a chance occurrence.

"The state, through Hydro Tasmania, was very closely involved in the design, construction, and commissioning process. This involvement included attending various meetings with both Basslink and the manufacturers," the company added.

"Basslink maintains the cable failure was a force majeure event."

The Basslink Interconnector was down from December 2015, with Basslink finally completing its cable jointing repairs in June 2016 following months-long delays due to excess water damage and inclement weather.

Join Discussion for: Basslink is back after two-month outage