BBK is taking over China's smartphone market. And tomorrow, the world?

You may not have heard of China's emerging smartphone giant BBK Electronics or its founder, Duan Yongping. However, you've heard of some of its brands, such as Oppo, Vivo, imoo and especially OnePlus.
Written by Jack Schofield on March 30, 2017 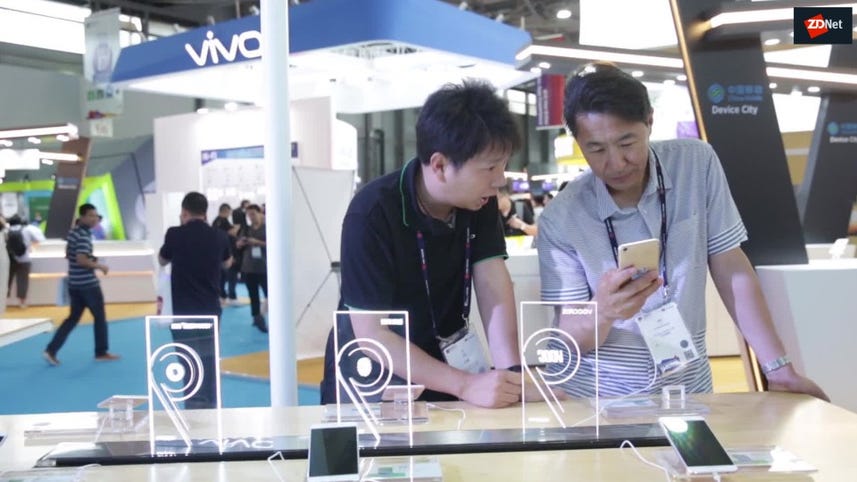 Apple's Chinese smartphone shipments slumped by 23.2 percent last year as the American company was overtaken by two local upstarts: Oppo and Vivo. According to IDC's Smartphone Tracker, Oppo increased its shipments by 122.2 percent while Vivo grew by 96.9 percent, as ZDNet reported at the time. That's good going in a declining market.

What is less widely known is that BBK Electronics own both. They are not just different brands: the companies were founded separately and compete against one another.

Duan Yongping isn't being compared to Microsoft's Bill Gates but to Berkshire Hathaway's Warren Buffett. Although he entered the electronics business manufacturing a Nintendo-style games console in Guangdong, he has lived in the USA for several years. According to Bloomberg, he decided to move to California "by 2001". He invested heavily in Apple, and "he even lives in Palo Alto, an easy drive from Apple's new UFO-like headquarters in Cupertino".

Bloomberg recently managed to get the first interview with Duan for a decade, and headlined it: Secretive Billionaire Reveals How He Toppled Apple in China. There's not much to it. Oppo and Vivo simply offered new features and higher specifications at lower prices, much like China's Xiaomi. This works because Apple is a global business and won't cut prices to match local conditions in poor countries like China and India.

Oppo and Vivo also toppled Xiaomi, which suffered a year-over-year slump of 36.0 percent in 2016, according to IDC. Xiaomi had grown rapidly by selling smartphones online, whereas both Oppo and Vivo built massive distribution networks through thousands of local stores.

Duan founded BBK Electronics - aka Bu Bu Gao (步步高), which means "higher with every step" - to make corded telephones, then feature phones. The company expanded into household appliances - soybean milk machines, induction cookers etc - and hand-held Chinese and English language teaching devices for home use. However, it struggled when smartphones started to take over the market, and Duan considered closing the company. Oppo proved to be a better response.

"Making mobile phones was not my call," Duan told Bloomberg, "but I reckoned we could do well in this market."

Oppo was founded in 2004 by Duan and Oppo's CEO, Tony Chen. Oppo sold DVD and Blu-ray players before entering the smartphone market. In 2010, it started expanding into neighbouring countries such as Thailand, Vietnam and Indonesia before setting up in India. It entered the US market in February 2013.

Vivo was founded in 2009 by Duan and Vivo's CEO, Shen Wei. It entered the smartphone market in 2011 with a focus on delivering hi-fi sound in very slim phones. It uses a forked version of Android, which it calls Funtouch OS. Like Oppo, it expanded rapidly into neighbouring countries.

OnePlus was founded in 2013 by former Oppo vice president Pete Lau and co-founder Carl Pei. It's a subsidiary of Oppo but focused on online sales outlets, including Amazon. OnePlus tried to deliver high-end specifications at aggressive prices. This enabled it to penetrate the US and European markets, where Chinese brands find it hard to sell at premium prices. OnePlus used the CyanogenMod version of Android, replacing it later with its own Oxygen OS version.

imoo is not a new company, but a new brand from BBK Electronics. Its products include a phone-watch wearable for tracking children, and a smartphone aimed at the education market. It uses a fork of Android it calls StudyOS, and presumably draws on BBK's experience with portable language teaching devices.

It's impossible to say whether Oppo and Vivo will become major suppliers outside China. However, the company is planning to ramp up manufacturing to meet larger market demand. BBK Electronics is now investing 2 billion yuan ($300 million) in Oppo's R&D headquarters. It's also investing 2 billion yuan in a new Vivo factory that will 90 million smartphones per year. Both will open in 2019. Another 750 million yuan ($109 million) will be invested in a factory to make educational electronic products. (See: BBK to build R&D, production centers)

One minor oddity is that BBK Electronics companies prefer to avoid the number 4, which is considered unlucky in China. For example, the Vivo V3 went straight to the Vivo V5, and the OnePlus 5 is expected to replace last year's OnePlus 3 and 3T.