Season 2 of The Mandalorian is over. It's time to move on from Baby Yoda and spider swarms to new forms of entertainment. But if you're a Star Wars fan, it really never ends. This is a franchise that has been monetizing merch for more than 40 years and shows no signs of stopping. After all, now that Star Wars is a Disney brand, we can expect Star Wars merch to be available far in the future, when we get our own galactic empire.

In this guide, we present you with a dozen fun Star Wars gifts, ranging from the merely cute or cool to the downright WTF. The lawyers at Disney seem to be open to licensing merch for just about anything, and creative folk who try to fly under the copyright radar are willing to try just about anything.

And with that, we present our list of gifts from the Star Wars universe. I have spoken.

Everyone needs a $59 Baby Yoda 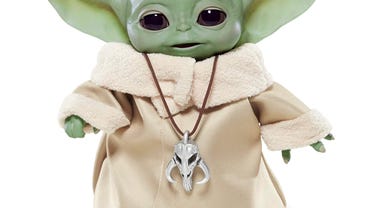 So this little guy is all of 7.2 inches tall, but he's got sounds and movements which will amuse you and annoy the dog. Probably the biggest feature is "force activation" where tapping his head three times will make it appear like he's tapping into the 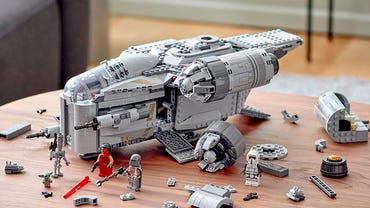 I think my favorite new Star Wars ship is the Razor Crest. It has a lot of personality and character. Watching it get beat up episode after episode was a bit hard to take, but it's a tough old bird.

Mando in your pocket 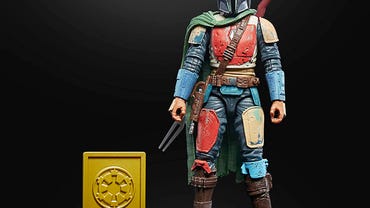 For those who groove on action figures, this little 6-inch pre-Beskar Mando replica is gorgeous. The Black Series is an affordable, yet collector-quality series of fine detail collectables by Hasbro Pulse.

This little guy is a great example. At u 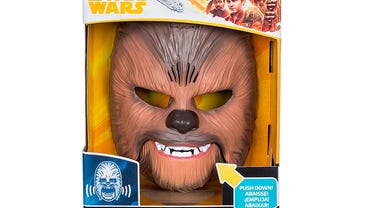 Look, we'll admit this thing is ugly. It's hard to tell whether it was designed to look like Chewbacca or whether it's really just a repainted Wolfman mask. But we're honoring May the Fourth here and if you're going to do it right, you have to have a r 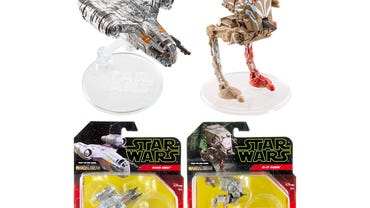 Look, I have no right to tell you what to buy or not to buy, but please don't spend $92 for a Hot Wheels Razor Crest. That said, I had to show it to you, because if two brands don't go together, it's Hot Wheels and Star Wars.

That said, here you

You can't wear it, but it will show you "this is the way" 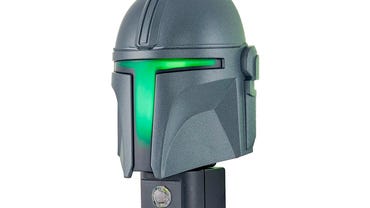 I wanted to recommend a full-size Mandalorian helmet, but most of the reviews of those available on Amazon were for crap. So rather than point you to another over-priced fan-driven toy, I wanted to share with you a novelty that's cute and quite reasona 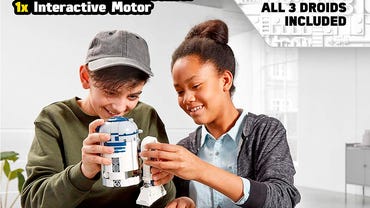 If you're talking about robotics and kids, the very best place to start is Lego. Lego has long been an innovator not only in the maker space but in robotics as well. In this guide, we kick off our exploration of goodies for geeky girls and boys with a 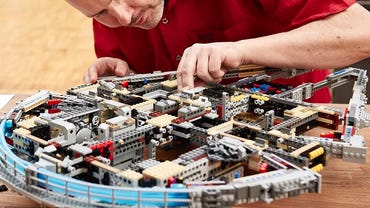 There's no doubt this is an insanely expensive kit, and I wouldn't recommend it to you if there weren't also a metric ton of much more affordable alternatives. But if you want the best Star Wars and Lego have to offer, you want this 7,451 piece kit. It

You can't make this stuff up 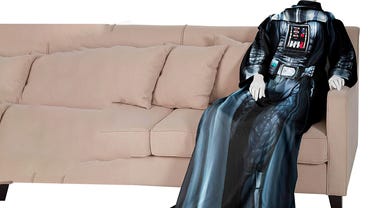 I started out this list fully intending to include a Baby Yoda plushy, a LEGO kit, and a few ship models. But as I searched for Star Wars-related gear on Amazon, I found items that were too irresistible to skip over. Take, for example, this throw blank 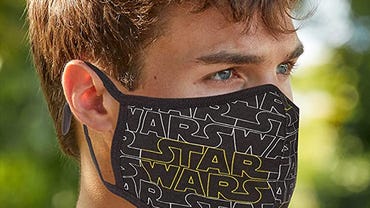 The CDC supports the use of masks to prevent the spread of COVID-19, so why not make a statement with yours? Is it a good statement? Yo

Art from the Jedi Master of Star Wars artists 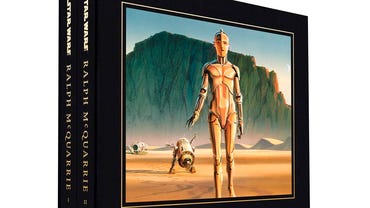 If you've seen Star Wars, Close Encounters, Raiders of the Lost Ark, the original Battlestar Galactica, and even the Discovery in Star Trek: Discovery, you've either seen designs by Ralph Angus McQuarrie or designs influenced by him. Frankly, if you've

Turn your pooch into a Tusken raider

Because Baby Yoda shouldn't be the only cute little creature 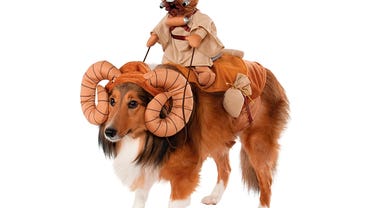 I'm not sure how successful you'll be getting this Tusken raider costume (which the vendor calls "Rubie's costume") onto your dog, but it will be fun trying. You're going to need a particularly cooperative pet, along with a certain amount of luck, in o 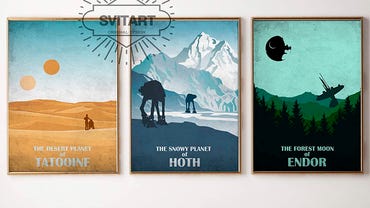 I've seen a whole lot of Star Wars art, but this set particularly appeals to me because it's got a minimalistic feel, and yet stands out as a very modern, stylish set. With prices of about $14 and up, you can custom order a set on either paper or canva

For the person who has everything 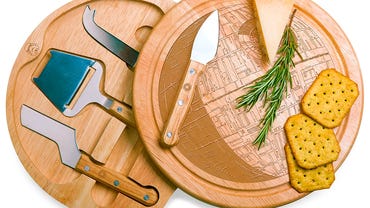 It's a death star! It's a cutting board! It's a cheese set. What? Seriously, you can't make this stuff up. This thing has nearly 600 reviews averaging five stars, so it must have something going for it.

Join Discussion for: Best Star Wars gifts: May the 4th be with...