Whether you're debating making the jump over the T-Mobile, leaving your current carrier in the dust, or you're ready to upgrade your old phone so it can, well, collect dust, there are plenty of deals to be found.

Most of the time, however, there's fine print you'll need to read through and try to decipher. Said fine print usually involves the type of phone you can trade-in, the length of time the credits will be applied to your monthly bill and whether or not there's a specific price plan required to qualify.

I've spent some time combing through T-Mobile's list of promotions and deals and I think I have a good grasp on it. Below you'll find some of the best deals the Uncarrier has to offer right now. Want to keep up to date on T-Mobile deals? Bookmark this page.

With a qualifying trade-in and plan, a free phone awaits 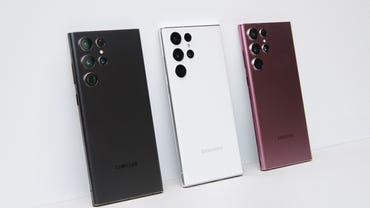 The Samsung Galaxy S22 series has arrived at the Uncarrier and decisive shoppers can reap the benefits of preordering the latest smartphones. Right now, T-Mobile will treat you to a free Samsung Galaxy S22 and S22+, or up to $1,000 off an S22 Ultra, when you trade in a qualifying device and under a Magenta Max plan.

Not on a Magenta Max plan? You can still get up to $500 worth of trade-in value for eligible devices and any other data plan. The trade-in discount will be reimbursed to you over the course of 24 monthly bill credits.

If this sounds good to you, get your preorder in before February 24 and T-Mobile will double your storage configuration at no extra cost. That means what you pay for a 256GB device will cost the same as that with 128GB, and so on.

Buy one, get one Samsung Galaxy S22 devices

Two can dine when you activate a line 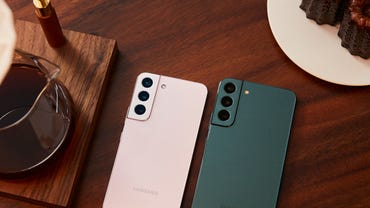 Separate from the offer above, T-Mobile is also hosting a BOGO promo for the Galaxy S22 series. It does require you to work a little to get to the center of the deal, so here's how it breaks down.

First, you must activate two voice lines (or one if you're on an existing plan). Then, purchase a new Galaxy S22 series device on a monthly payment plan. That can be in 24 or 36 month installations. Now for your second device, do the same but with a phone that's equal or of lesser value than the first.

You will have to pay any down-payments and applicable sales tax for both devices, but T-Mobile will reimburse you with up to $800 (enough to pay for the second device) via monthly bill credits.

The Magenta Max plan is the key to unlocking discounts 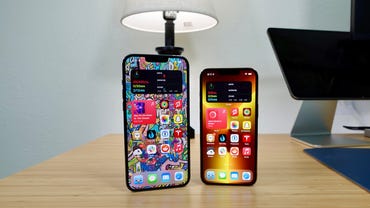 T-Mobile will give you up to $800 to apply towards any iPhone 12 or iPhone 13 model, making some of them absolutely free as long as you meet a few requirements. First, there's the phone you're trading in; next is the price plan you sign up for.

You'll need to sign up for T-Mobile's Magenta Max plan and trade in an iPhone X or newer or a Galaxy S20 or newer. T-Mobile will also accept phones from OnePlus, Google, LG and Mototorla. Check with the carrier for the specific models.

The credit will be split up and applied to your bill over 24 months.

Get a Galaxy S21 for free 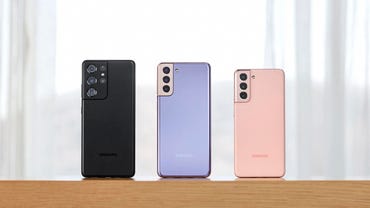 Samsung has finally unveiled the new Galaxy S22 smartphones, but users can still catch a deal on the Galaxy S21 before it's gone. It's the same promotion the iPhone fans are currently enjoying: Up to $800 off of any Galaxy S21, Galaxy Z Flip 3 or Galaxy Z Fold 3 with a trade-in and the Magenta Max plan.

The credits are split up over 24 months for all Galaxy phones except the Z Fold 3, which has its credits split up over 36 months.

Samsung, Apple and Google phones aren't the only discounts

T-Mobile has several other promotions running right now alongside deals on Pixel, iPhone and Galaxy phones. Most of these phones, however, are entry-level models that may not offer the best performance or older phones. That said, if you just need a phone, here are some options worth considering:

Interested in more tech deals and reviews? Subscribe to the ZDNet Recommends newsletter and let our expert reviewers scour the internet for only the top products, services, and deals for you.