Bill Gates: You'd all be on Windows Mobile today, not Android, but I screwed up 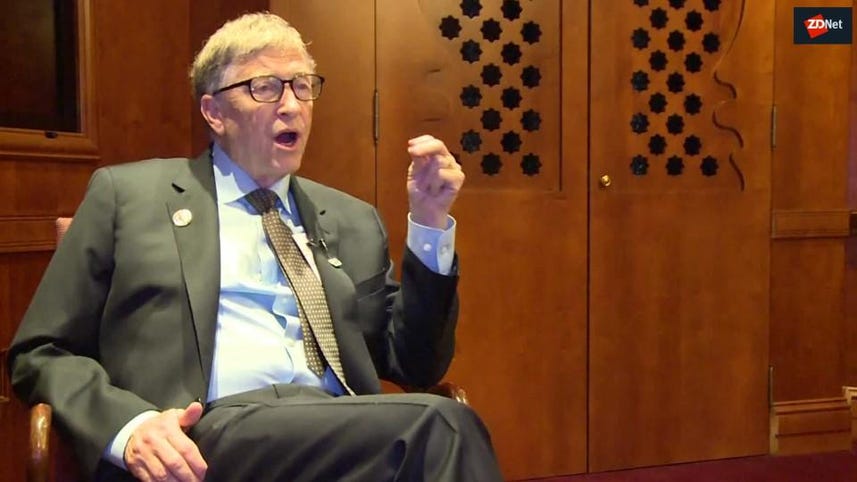 Microsoft co-founder Bill Gates says he messed up the company's opportunity to develop Windows Mobile because he was distracted by its antitrust case brought by the Justice Department.

Had he not been distracted, Gates believes Windows Mobile would be what Android is today.

MUST READ: What if Microsoft had invented Android?

"There's no doubt that the antitrust lawsuit was bad for Microsoft, and we would have been more focused on creating the phone operating system. And so instead of using Android today, you would be using Windows Mobile," Gates said in an interview at The New York Times DealBook Conference.

And he argues Microsoft just missed delivering Windows Mobile for an unknown Motorola smartphone, which could be the Moto Droid from 2009 – Motorola's first Android phone and a key device that helped popularize Android in the US.

MUST READ: Bill Gates: My biggest mistake? Not making Android

"We were so close," said Gates. "I was just too distracted and I screwed that up because of the distraction. We were just three months too late with the release that Motorola would have used on a phone. So it's a winner-takes-all game, that's for sure, but now nobody here has even heard of Windows Mobile."

While Microsoft's antitrust battles did, in his view, stop it from developing Windows Mobile to its full potential, he argued that the legal wrangles weren't necessarily good for consumers either.

But, in hindsight, Gates now sees a silver lining to Microsoft's antitrust troubles and the fate of Windows Mobile. Gates says he wouldn't have retired so early had it not been for the antitrust case and that gave him the opportunity to work on the Bill and Melinda Gates Foundation.

Gates officially retired in June 2008. However he stepped down as CEO in 2000, one day after the Justice Department said it would pursue a breakup of Microsoft. The CEO role would go to Steve Ballmer, who inherited Gates' Windows Mobile and Windows XP tablets.

MUST READ: Microsoft's Android shock: What this new phone means for the future of Windows

In 2013, Ballmer would announce Microsoft's plan to buy Nokia's devices unit as part of an ultimately failed bid to get Windows Phone off the ground. By the time Microsoft officially acquired Nokia devices in February 2014, Ballmer had retired and was replaced by current CEO Satya Nadella. Soon after, Microsoft wrote off its Nokia devices business.

Next year Microsoft will launch its Android-based Surface Duo phone and is focusing on getting Office Mobile on to Android devices and driving Office 365 subscriptions.

Gates comments on antitrust come amid calls by some politicians, such as Elizabeth Warren, to break up big tech companies. Gates earlier this year said that breaking up tech companies won't solve anti-competitive behavior by big tech.

However, previously lamenting Microsoft's failure to produce what Android is today, he said software is a "winner-takes-all" market.