Biqu B1 3D printer review: Less than $300, some helpful features, but not perfect

If you're willing to put up with its quirks, the Biqu B1 is an inexpensive printer that brings a lot to the table. But only if you have the time to tune it to your needs.
Written by David Gewirtz, Senior Contributing Editor on Oct. 26, 2021 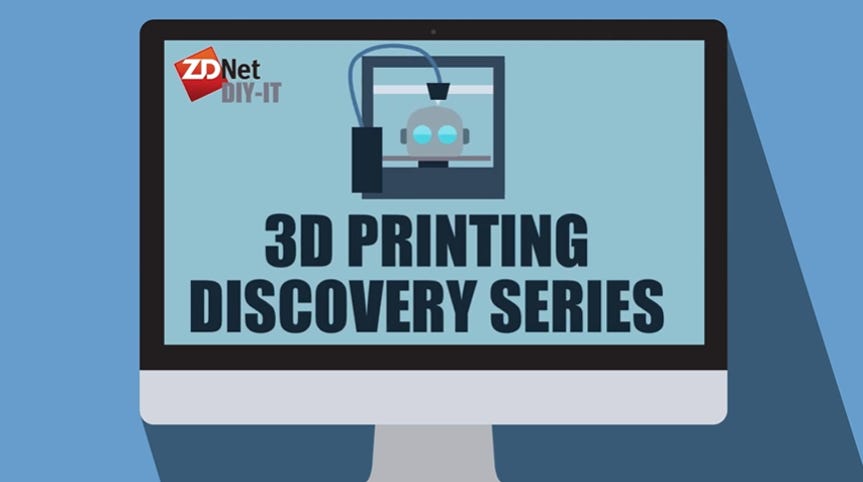 Welcome back to ZDNet's DIY-IT project lab, where I'm testing 3D printers for your entertainment and edification. Today, we'll be looking at the Biqu B1, a relatively inexpensive FDM (fused deposition modeling) printer that competes with the popular Ender 3.

In the accompanying video, we're assembling and testing the Biqu B1 from BigTreeTech. This is a fairly workable, under $300 printer, but there are a few issues in setup and usage that may not make it a top choice.

The Biqu B1 has a build area is 235 x 235 x 270mm. It's not huge, but it's also not small. For a 3D printer, I'd put this build size right in the Goldilocks region: it's just about right. You can build reasonably sized objects, but the print surface isn't so large that heating it evenly is that much of an issue.

The bed is one of the high points of this printer. It's a heated bed, and the surface is magnetically attached spring steel. So assuming you can get the objects you're printing to stick (and yes, this was an issue), removing them is quite straightforward.

There are a couple of helpful features on this machine, beyond the spring steel build plate. The printer comes with a filament run-out sensor, so if your filament runs out before your print finishes, the printing will stop and you can replace the filament and get back to work without losing all the printing you've already done.

The printer also has an RGB light on the bottom of the extruder. At first, I thought this was a silly gimmick (I'm not a big RGB fan). But I really liked having a dedicated light pointing right at the printing surface. When I leveled the bed (I use a geometric print to evaluate first-layer depth), the light was a nice help. It also made for somewhat better time lapses when creating videos of prints in progress.

The printer comes as a kit. While the base, with the touch pad and logic board is mostly assembled, there's quite a bit of assembly for the gantry and the rest of the printer.

Oh, and here's a tip I wish I thought of before building it. The entire set of build instructions are available online in a PDF. So I could have looked at them on my iPad and blown up. Instead, I squinted at the tiny print on the instruction sheet.

As the video shows, assembly was relatively straightforward, but I did run into some trouble trying to assemble the cross-beam on the gantry. Getting all the parts to hang just right, while trying to thread the aluminum extrusion through the various channels proved to be an exercise in dexterity (and blue tape).

Overall, it took me about two hours to put this together. If you have any experience assembling projects like this, you'll be fine. If this kind of assembly is new to you, it might be something of a challenge.

When I finished hooking up the well-marked wiring, I plugged it in, and it worked. That's always nice. Oh, and there was one weird design decision. The B1 uses a USB C cable to send control signals from the main board to the extruder. There's nothing wrong with that, except I found that the USB C connector didn't seat well at the back of the machine. As I said, it worked. But using a USB C cable for non-USB connections was a bit of an odd choice.

While we're on the topic of odd choices, I'll share with you something the BigTreeTech folks are apparently very proud of, but which I think is a bit unnecessary. They've built two completely different user experiences into their LCD controller. On the one hand, you can use the very common and standard Marlin. But then, you can switch to a full-color touch experience where, apparently, one of the big features is switching the color of the knob.

Because there were the two interfaces, I just switched away from the color touch interface to Marlin, and then I plugged in a Raspberry Pi with Octoprint, and didn't have any further problems. I do wonder, however, if the company had spent less on incorporating a touch display and multiple user experiences they could have gotten the cost down a few more bucks or added something more useful like automatic bed leveling.

I started with Yoda. I print Yoda heads as a test print for all my FDM printers. They make great test pieces because the ears and chin show how well the printer handles overhangs. Spare Yoda head prints also make great giveaways to 3D printing curious visitors to the Fab Lab.

For some reason, my first attempt was wildly stringy. I reset all my printing parameters, and tried it again, and Yoda came out pretty much normal. There were some little blobs on his face and a bit of ear droop, but that's all consistent with what I'd expect printing such a model without supports.

Next, I tried to print the Adalinda dragon. This is an extremely difficult model to print support-free, which is why I've started using it to test.

I tried to print a bunch of times, but had quite a bit of difficulty getting the model to stick to the print bed. For the record, when I've printed this on other printers, I didn't have these bed adhesion problems. I contacted the company and asked if I should use glue stick, but they just had me increase the bed temperature until adhesion was resolved. I started at 60 degrees C, and ended at 80, where it finally stuck.

Once I got it to stay adhered to the bed, the video shows how nicely the print came out.

Finally, let's take a look at the Benchy. This proved a bit problematic. On the video, you can see from a bottom shot that the first layer prints with good definition. The video shows a nice texture on the deck from this top view. And as the video pulls back focus, you can see how well-defined the smokestack and the roof are.

And while bridging, as seen over the front window, holds its definition nicely, there is some pronounced layer shift. Looking at the print from the side, the video shows how the layer shift is even more pronounced, and you can see there's a lot of stringing as well.

I did a second print of the Benchy and while the layer shift wasn't as pronounced, it was still there.

Layer shift can occur for many reasons, ranging from an incorrect configuration to wobbly or loose print surface to a wobbly gantry. Since I didn't have the layer shift on the larger models, I'm not exactly sure why the Benchy did so poorly. I honestly didn't have time to do an in-depth test and investigation to find out what went wrong. I will say that this kind of thing is often fixable. I was just a bit disappointed to see this problem in $300 device.

I'd normally say that it might be because I assembled the device incorrectly, but then the dragon print would have also shown the layer shift. So I'm guessing I assembled the thing correctly, but there's some level of tuning still to be done. As I said, I don't have the time to do that tuning -- and this is the first 3D printer I've reviewed that required such an investigation. You'll have to decide, if you choose to buy this, whether you want to take the time to tweak it to get maximum performance.

So let's wrap this up. On the positive side, the spring steel build plate is nice. On the negative side, setup is time consuming. The dual user experience on the touch screen adds complexity and didn't really work all that well. Print quality was inconsistent, but that's probably fixable if you're dedicated and have spare time.

All that said, the bottom line is this: the Biqu B1 is a nice little printer, but there are probably better alternatives. There are some excellent printers (like the Ender 3) for less money. And for just a bit more money, there are printers with quite a few more useful features. But if you want a quirky printer that will, eventually, get the job done, the Biqu B1 might be an option.