Futures trading in Bitcoin has begun, with fans of the cryptocurrency excited and many in the financial sector wary about promoting it to their clients.
Written by Chris Duckett on Dec. 10, 2017 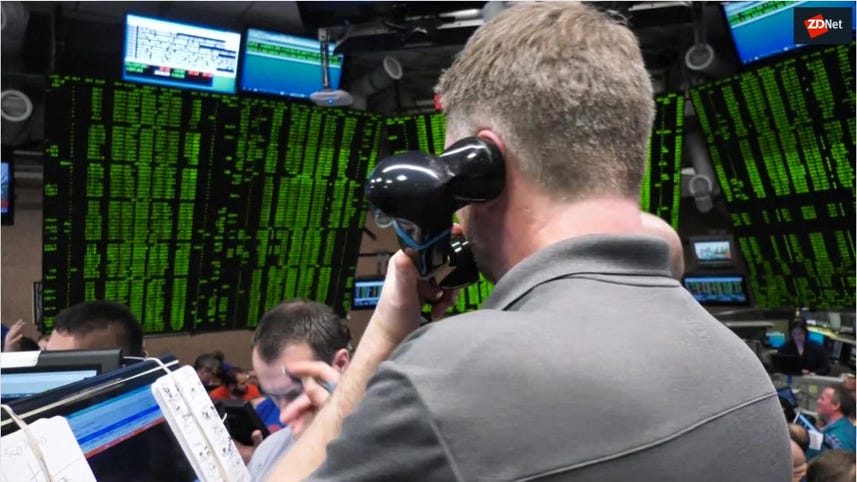 Bitcoin's price soared so far this month, but it has made sharp moves in both directions in recent days, falling by almost a fifth on Friday after surging more than 40 percent in the previous 48 hours.

The futures are cash-settled contracts based on the auction price of Bitcoin in US dollars on the Gemini Exchange, which is owned and operated by virtual currency entrepreneurs Cameron and Tyler Winklevoss.

Bitcoin fans appear excited about the prospect of an exchange-listed and regulated product and the ability to bet on its price swings without having to sign up for a digital wallet. Others, however, caution that risks remain for investors and possibly even the clearing organisations underpinning the trades.

"The pretty sharp rise we have seen in Bitcoin in just the last couple of weeks has probably been driven by optimism ahead of the futures launch," said Randy Frederick, vice president of trading and derivatives for Charles Schwab in Austin, Texas.

"You are going to open up the market to a whole lot of people who aren't currently in Bitcoin."

The futures are an alternative to a largely unregulated spot market underpinned by cryptocurrency exchanges that have been plagued by cybersecurity and fraud issues.

On Thursday, Bitcoin mining platform and exchange NiceHash had been hacked, with close to $68 million in Bitcoin taken in the process.

"Transaction fees that are charged to the customer by the Bitcoin network have skyrocketed this year, topping out at close to $20 a transaction last week (compared to roughly $0.20 when we initially enabled Bitcoin)," Steam said.

"These fees result in unreasonably high costs for purchasing games when paying with bitcoin. The high transaction fees cause even greater problems when the value of Bitcoin itself drops dramatically."

Steam described how the value of Bitcoin versus the US dollar is only guaranteed for a certain period of time, and if transactions do not complete within that window, extra Bitcoin could be needed to cover any price fluctuations or a refund is to be issued, but in both cases additional transaction fees are incurred.

"With the transaction fee being so high right now, it is not feasible to refund or ask the customer to transfer the missing balance (which itself runs the risk of underpayment again, depending on how much the value of Bitcoin changes while the Bitcoin network processes the additional transfer)," Steam wrote.

As of the time of writing, the Gemini Bitcoin Trade Price index was sitting around the $16,000 mark.