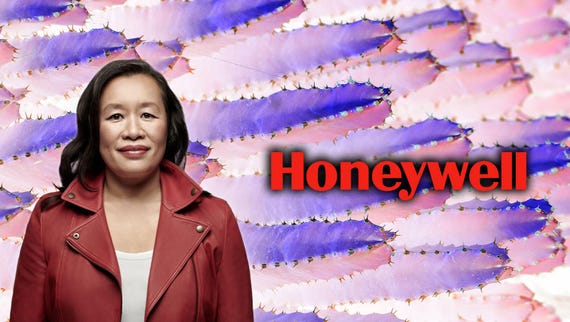 Researchers have demonstrated how a set of vulnerabilities in SAP Solution Manager could be exploited to obtain root access to enterprise servers.

SolMan is a centralized application designed to manage IT solutions on-premise, in the cloud, or in hybrid environments. The integrated solution acts as a management tool for business-critical applications, including SAP and non-SAP software.

An estimated 87% of the Global 2000 uses SAP in some way, and so vulnerabilities left unpatched could have severe consequences. With this in mind, Onapsis Research Labs conducted a security assessment of SolMan in 2019.

According to the cybersecurity firm, the vulnerabilities found in SolMan -- called the "technical heart of the SAP landscape" by Onapsis -- could allow unauthenticated attackers to compromise "every system" connected to the platform, including SAP ERP, CRM, HR, and more.

SolMan itself can be accessed via its own server or the SAPGui. The team tested a SolMan setup and apps related to SMDAgent, and in total, roughly 60 applications were accounted for, and over 20 of them were accessible via HTTP GET, POST, or SOAP requests.

One application, SolMan's End user Experience Monitoring (EEM), was found to be a potentially vulnerable endpoint as it does not require authentication to access. EEM allows SAP administrators to create scripts to emulate user actions and deploy them to EEM robots present in other systems.

Therefore, in tandem with a lack of sanitization noted in expression JavaScript code, it would be possible for unauthenticated attackers to deploy a malicious script to this function for execution without authentication -- compromising all SMDAgents connected to SolMan.

Onapsis also uncovered two other vulnerabilities in SolMan. The first, tracked as CVE-2020-6234 (CVSS: 7.2), was found in the SAP Host Agent and permitted threat actors who had already obtained administrator privileges to abuse the operation framework to gain root-level privileges.

The other vulnerability of note is CVE-2020-6236 (CVSS: 7.2), which was also found in the SAP Host Agent. This bug existed in the SAP Landscape Management and SAP Adaptive Extensions modules specifically and also permitted privilege escalation as long as an attacker possessed admin_group privileges.

Chaining these vulnerabilities could give remote attackers the ability to execute files -- including malicious payloads -- as a root user, granting them overall control of SMDAgents connected to SolMan.

Speaking to ZDNet, Onapsis said that while SolMan does not generally hold business data in itself, the system is always connected to other production satellites and so the successful compromise of this component could have severe consequences for an enterprise at large.

After hijacking SolMan, unauthenticated attackers could read and modify financial records or bank details, access user data, close down business-critical systems at will, and potentially "expand attacks beyond SAP scope as root/system accessed is achieved," according to the team.

CVE-2020-6207 was reported to SAP on February 2 and by February 12, the bug was confirmed and an internal tracking number was issued. Onapsis then worked with the tech giant to provide additional technical details, leading to a fix on March 10.

"SAP systems are complex and in most cases highly customized making the patch process much more difficult," Onapsis researchers told ZDNet. "SAP SolMan, in particular, is usually overlooked when it comes to security, due to its lack of business data. We hope [...] that people will understand why securing SAP SolMan should not be overlooked and be a priority to keeping the entire SAP landscape and the organization's most critical applications protected."

In July, SAP released a fix for RECON (CVE-2020-6287), a CVSS 10.0 critical vulnerability also found by Onapsis. If exploited, the vulnerability -- found within the SAP NetWeaver Java technology stack -- allows attackers to create SAP user accounts with full privileges for SAP applications exposed to the Internet.