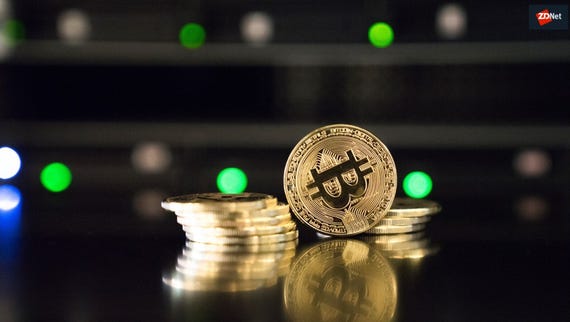 Australians lost over AU$2.1m to cryptocurrency-related scams in 2017
Watch Now

The Senate Environment and Communications Legislation Committee heard during Estimates on Monday afternoon that the two cryptocurrency-related incidents the Bureau of Meteorology (BOM) dealt with in February were un-related.

BOM CEO and Director of Meteorology Dr Andrew Johnson confirmed the bureau had suspended a third-party for serving up "fake news" advertising material on its website.

The advertisements, ABC reported at the time, took users to a fake CNN news story about a bitcoin startup run by Elon Musk. The content encouraged readers to click on links that connected to websites known to be bitcoin-based scams.

Johnson said on Monday BOM has still suspended the third-party, leaving one party providing advertising revenue to the government through the bureau's website.

"Our whole advertising policy is underpinned by quite a significant and detailed set of interventions," Johnson said, answering a question asking what procedures have been put in place to prevent reoccurrence.

"We have a four stage review process, some of that's automated, some of that involves human beings actually undertaking manual checks -- that process is still in play -- and further, a very large majority of activity on the bureau has stood the test of time.

"We actually suspended them -- that's the way you control that -- we had doubts as to our legitimate concerns about to their capacity to block activity that's contrary to the bureau's policy, so the action we took was to suspend them."

BOM makes on average around AU$4 million from advertising services, and so far this year, the bureau has received about AU$2.3 million in revenue, Johnson said, noting also it costs BOM around AU$750,000 to run the website.

The revenue, however, passes through BOM and into the Department of Finance.

The other cryptocurrency incident the bureau dealt with was the Australian Federal Police (AFP) investigation of two BOM staff over allegations they were using the bureau's equipment to mine for cryptocurrency.

It was alleged at the time two BOM IT employees were being investigated for allegedly running the operation using the bureau's "powerful computers". AFP told ZDNet it executed a search warrant at the Docklands, Melbourne premises on February 28, 2018.

"I'm really not in a position to discuss it any further -- it's really a matter for the AFP," he told Senators during Estimates.

When asked if the two "scandals" relating to cryptocurrency were connected or if it was just a coincidence, Johnson denied any link.

"There is no connection whatsoever between the two. The investigation that you referred to at the beginning of your question had been underway for some considerable time and the decision to activate it and reach its denouement in the public domain was a decision made by the AFP independent of the bureau," he explained.

"It's now in the hands of the AFP -- it is a matter for them to proceed to prosecute that or otherwise as they see fit."

The Australian Taxation Office has warned of scammers impersonating the ATO and demanding cryptocurrency as a form of payment, revealing AU$50,000 was handed over last year in bitcoin.

Consumers are constantly distracted by digital media and content and are losing trust in brands, according to a new study.

How blockchain technology could prevent fake news from spreading (TechRepublic)

Futurism publisher James Del explains how the blockchain will disrupt the publishing industry and rebuild trust with the media.

Join Discussion for: BOM claims coincidence in pair of cryptocurrency-related...