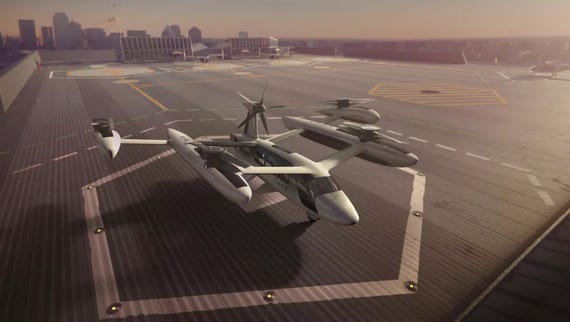 Uber has picked Brazil as one of the five possible markets to host its upcoming "flying taxi" service.

Uber Air, as the service is known, announced Dallas and Los Angeles as its first two launch cities last year and yesterday (30) it said five other countries are being considered for a third location.

Brazil is the only country in South America that has been shortlisted for Uber Air. India, Australia, France and Japan have are also being considered, according to the company.

The firm also said it plans to expand its experimentation with delivery drones for its Uber Eats service.

"These five countries could have the transportation model completely transformed with the use of electric vehicles based on take-off and vertical landing (VTOL)," said Eric Allison, head of Uber's aviation program. "We see tremendous potential in the use of drones, creating a truly multimodal transport future."

According to Uber, the city of Rio de Janeiro and the state of São Paulo, where Brazilian aircraft manufacturer is based, are two of Uber's biggest hubs in the world - and also, by chance, places with large helicopter fleets, thus signaling a clear demand for the air taxi service.

After consulting with stakeholders in each of the shortlisted locations, Uber expects to announce the chosen launch country in six months, launch demonstration flights in 2020 and offer the flying taxi service by 2023.