Traffic and navigation app Waze could face trouble in Brazil as proposed legislation could make tools that enable alerts of traffic blitzes and speed radars illegal. 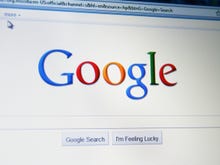 Google and Waze: What made the Israeli startup say yes? The Waze team was determined not to force employees to pull up roots — was this one of the big factors in choosing Google?

By connecting drivers to each other, Google-owned Waze allows motorists to warn one another of car crashes and traffic backups, but also if there are police officers or radars nearby.

The bill introduced by Brazilian congressman Major Fabio was originally submitted in 2013 and intends to alter national traffic laws to ban any Waze-like tools. It was approved by the Chamber of Deputies' Committee on Science and Technology, Communication and Informatics last week.

The changes - which are partly based on the Marco Civil da Internet, Brazil's "Internet Constitution" - would also require that social networks like Facebook remove any content that users might post to inform others of where radars are or if there are any police operations happening on roads or highways.

Before it becomes law, the Bill still has to be voted by the Chamber of Deputies' Committee on Transportation and the Committee on Constitution, Justice and Citizenship.

Who watches the watchmen?

The debate on whether the public can monitor the police and to what extent this can be done grabbed the headlines late last year, when Los Angeles police chief Charlie Beck wrote a public statement linking the killings of two New York police officers to Waze use by the shooter at some point before the crime.

Writing to Google chief executive Larry Page, Beck says that Waze "poses a danger to the lives of police officers in the United States."

The company has since responded, saying that "police partners support Waze and its features, including reports of police presence, because most users tend to drive more carefully when they believe law enforcement is nearby."