During a public hearing of a Congress working group on 5G on Tuesday (9), Brazilian communications minister Fabio Faria said Huawei will not be among the suppliers of the private communications network to be used by the government.

Quizzed by representatives in relation to a potential ban of the Chinese supplier for that specific project, Faria said Huawei is not apt to participate in the government's network, to be set up by the winners of the upcoming 5G auction. According to the minister, the firm does not meet the requirements recently set out by the Brazilian telecommunications agency Anatel.

According to the minister, Jair Bolsonaro's government will not prevent any country or organization from doing business in Brazil, but it can define the criteria for its own network, such as requiring that its suppliers follow corporate governance rules compatible to what is in place in companies that are publicly listed in Brazil. 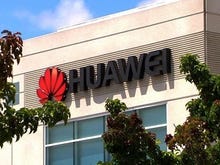 Despite reiterating that all the companies the Brazilian government has visited - Ericsson, Nokia, NEC and Huawei - are investing heavily in cybersecurity, the minister also stressed that it would be "impossible to detect" if backdoors or other technologies that could facilitate espionage were integrated to the equipment.

The Chinese firm's representatives have often reiterated that Huawei follows several standards of corporate governances, is audited yearly by KPMG and that it is confident that it meets the technical criteria in aspects such as security. However, the company is still trying to ascertain whether it meets the non-technical rules relating to the private network.

"Huawei has been in Brazil for over 23 years, always working with integrity, ethics and transparency. We are committed to our customers, partners and the digital transformation of the country", the company said in a statement, when asked for comment on the latest developments.

In January, it emerged that Huawei hired former Brazil president Michel Temer, a constitutional law professor and lawyer, to provide legal advice on the implementation of 5G in Brazil.

Temer's proximity with Bolsonaro is particularly valuable to the Chinese supplier, as well as his network of Congress allies. In addition, Temer appointed current Anatel president, Leonardo Euler de Morais, who stays in office until November 2021.

Brazil's 5G auction is set to take place in June. According to Anatel, the initial cost to telcos to use the 3,5 GHz frequency bands is estimated to reach 35 billion reais (US$ 6.2 billion). Companies will also need to invest an additional 80 billion reais (US$ 14 billion) on 5G through the next two decades.