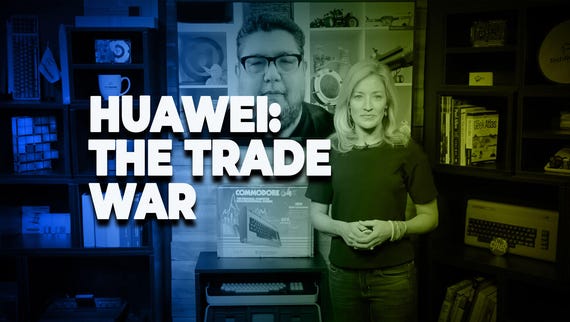 Broadcom said it is seeing "a broad-based slowdown in the demand environment" attributed to "geopolitical uncertainties, as well as the effects of export restrictions on one of our largest customers."

Wall Street expected Broadcom to report non-GAAP earnings of $5.19 a share on revenue of $5.68 billion.

For the second quarter, Broadcom's second quarter semiconductor unit registered a sales decline of 10 percent from a year ago. Infrastructure software, or CA Technologies, registered revenue of $1.41 billion.

Networking continued to perform very well. Our broadband business started to recover. This was offset by the anticipated sharp decline in wireless and the ongoing softness in storage. On the other hand, the infrastructure software business delivered solid top line results, benefiting from the sustained enterprise demand for our mainframe and distributed software as well as SAN switching products. The integration of CA is progressing well.

It is clear that the U.S.-China trade conflict including the Huawei export ban is creating economic and political uncertainty and reducing visibility for our global OEM customers. As a result, demand volatility has increased and our customers are actively reducing inventory levels to manage risks. This leads us to believe the second half of 2019 will be more in line with the first half as opposed to the previously expected recovery. We now anticipate fiscal 2019 semiconductor solutions segment revenue of $17.5 billion, which translates into a year-over-year decline in the high single digits.

Tan also put some numbers around the Huawei risk:

Huawei represented last year about $900 million of revenues for this company by itself. But the other picture I should add is that guide down that we're providing as you put it [of] $2 billion obviously extends beyond that just one particular customer. We're talking about uncertainty in our marketplace, uncertainty because of that of the main in the form of order reduction and the supply chain out there constricts, compressed, so to speak. And because we do see to some extent and user in the U.S., particularly North America and Europe, continuing to be there, but what we do see in between is the uncertainty of the environment has put in place concern about placing additional orders and active reduction of inventory out there. Basically, compression of supply chain is what's driving this reduction more than anything else and it's broad-based.