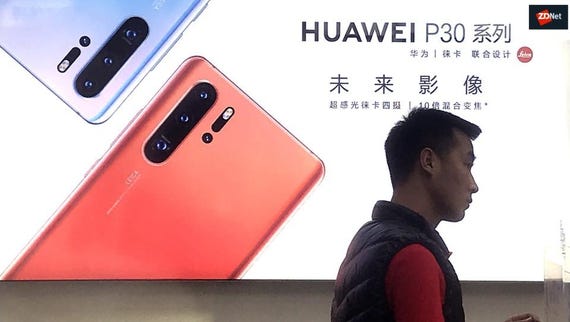 The past week of off-again, on-again support from Google to Huawei concerning Android, combined with the potential killer blow of Arm joining the party to shun Huawei, should be regarded as a warning shot to what sort of impact a proper trade war between the United States and China could have on the tech sector.

Despite the bluster and rhetoric out of the Oval Office, the simple fact is that the supply chains between the nations are far too intertwined for either country to avoid high amounts of pain as they get untangled.

Whatever device you are reading this on, there's a fair chance it was assembled in the Middle Kingdom, using componentry and intellectual property from the US.

Given the lead time needed for design and manufacturing, an edict out of Washington to separate this ecosystem should be measured on a timescale of years, not months.

The isolation of Huawei from software, hardware, and intellectual properly would be enough to sink many other companies, but if any company was capable of bouncing back from such an edict, it would be Huawei.

Its success in China alone makes it one of the world's biggest manufacturers. it's also been working behind the scenes on replacement software for such an occasion, and the company also has a chip arm in the form of HiSilicon.

Should Huawei have its access to Android cut off when the dust has settled, the big missing puzzle piece would be the Google Play Store. But it's not hard to imagine Huawei quickly starting up its own store, or combining with other Chinese handset manufacturers to create a nationalistic alternative.

Read more: Google suspends Android support for Huawei: What it means for your smartphone

In the world of Android, there is regular Android, and then the very different flavours of it that appear out of China such as ColorOS. What we could be seeing here is the bifurcation of Android brought on by the White House.

Importantly, Huawei's lack of non-employee shareholders means it can make tough decisions to go dark, go rogue, or reform itself without needing to answer to a stock exchange. This will be vital if its access to chip designs from Arm is cut off, and it needs to begin developing its own.

There is also the prospect that all the banning could be for nought, if the White House trades the ban away to get a deal with Beijing.

Hitherto unmentioned, but certainly having a keen interest and laughing it up is Samsung. The schadenfreude levels in Seoul would certainly be high.

Despite the Korean behemoth rising to smartphone prominence off the back of Google's mobile operating system, Samsung and Google are at best frenemies living in a dysfunctional wedded state.

If the second biggest Android smartphone maker in the form of Huawei were hamstrung for a period of time, it would certainly help Samsung.

But there are also other prizes at stake as Samsung looks toward cementing a spot as one of the world's top 5G network equipment manufacturers.

Must read: Samsung and 5G: Will this time be different?

Samsung might be able to boss its way around many business sectors -- whitegoods, shipbuilding, and semiconductors being among them -- but its network business has failed to take off time and time again.

The opening for Samsung to quickly step into the void left by Huawei in the wake of 5G equipment bans was best summed up by Australia's 29th and most recently knifed Prime Minister Malcolm Turnbull.

"In many discussions with my western counterparts, I raised the concern that we, and in particular the Five Eyes, had got to the point where there were now essentially four leading vendors of 5G systems -- two Chinese, Huawei and ZTE, and two European, Ericsson and Nokia," Turnbull said in March.

"With the benefit of hindsight it beggars belief that the countries which pioneered wireless technology -- the United States, the UK, Germany, Japan and with WiFi, Australia -- have got to the point where none of them are able to present one of their own telcos [as] a national, or a Five Eyes, champion in 5G."

Samsung is throwing $22 billion into its 5G networking business, with the aim of claiming a minimum 20% of the market by 2020.

So far, the Korean giant has done well on its home turf, and the clouds surrounding Huawei should continue to give Samsung the long-desired leg up in equipment sales it has longed for.

At the same time, any hit to Huawei's phone business will only help Samsung's mobile business, which has struggled to bank the massive profits it saw five years ago.

Join Discussion for: The winner in the war on Huawei is Samsung