Brydge keyboards have been made for Apple iPad owners for years and now we see an option for Surface Pro 3/4 users. The Brydge 12.3 is extremely well built, has a long battery life, supports fast typing, and lets you use your Surface Pro on your lap without worry.
Written by Matthew Miller, Contributor writer on June 5, 2017 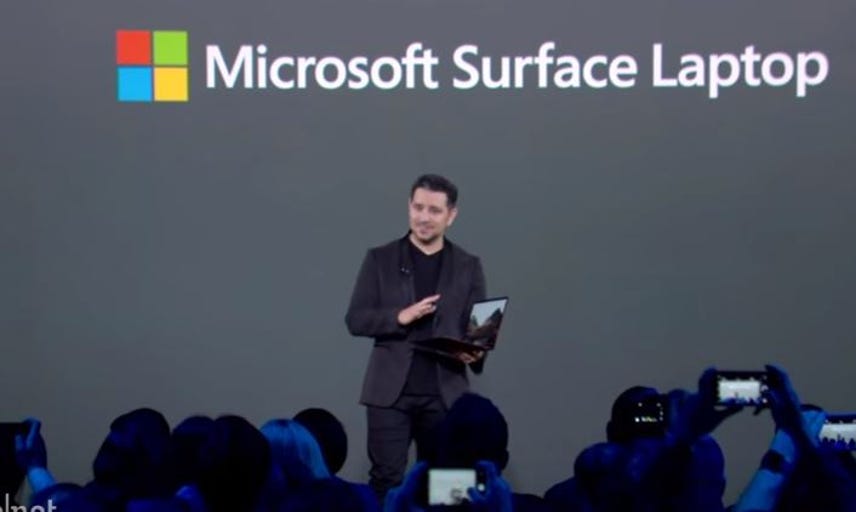 A Surface Pro device is not complete without a keyboard, despite Microsoft's resistance to include a Type Cover out of the box. A few months ago I purchased a Seattle Seahawks Type Cover for $159.99. It's a solid keyboard, but does not allow you to use your Surface Pro on your lap and has some limitations.

Six months with the Surface Pro 4: Patches, lappability, and battery life are key

Six months ago, I decided to replace my desktop PC with a Surface Pro 4 and a Surface Dock.

For the last couple of weeks I have been using the new Brydge 12.3 for Microsoft Surface Pro 3 and 4, which is available now for $149.99. This high quality unibody aluminum keyboard turns your Surface Pro 3/4 into a notebook computer that can safely be used on your lap and may be the keyboard option you should consider instead of a Type Cover.

The Surface Laptop looks like a fantastic device for those who want a high quality Microsoft Surface product to use in laptop mode all of the time. However, after using a Surface Pro 4 for a year, I am not ready to give up the flexibility to use it as a powerful tablet computer. The Brydge 12.3 lets you keep the ability to have a tablet that is perfect for meeting notes and such while providing a simple to attach keyboard for all of your typing needs.

The kickstand on the back of the Surface Pro is one feature that sets it apart from all the other Surface Pro competitors. When mounted in the Brydge, you won't be using this kickstand as the hinges hold it in place against the back and allow you the flexibility to rotate from 0 degrees (closed on the keyboard) to 160 degrees back. The hinges are stout and maintain the position you rotate into, even if you have the keyboard and Surface resting on your lap.

Speaking of lap use, the hinges are stiff and the keyboard is heavy enough to offset the weight of the Surface Pro resting back at extreme angles so there is no worry of tipping or off balance use. I don't always get a seat with a table on the Sounder, but no longer have to worry about this with the ability to type away like a mad man with my Surface Pro 4 on my lap.

I'd been seriously considering the Surface Laptop since I use my Surface Pro 4 with a keyboard probably 70 percent of the time, but thanks to the Brydge 12.3 that consideration is thankfully out the window.

The Brydge 12.3 keyboard connects to the Surface Pro via a Bluetooth 3.0 connection. Once you set it up the first time, it will automatically connect when you lift your Surface Pro up from the closed position. Since the Brydge 12.3 connects via Bluetooth, it's also handy to setup your Surface Pro in tablet mode using the integrated kickstand and type away on the Brydge from a different position. For example, on a crowded desk, I put the keyboard on my lap and type while the Surface Pro 4 rests up higher on the desk.

The key layout and size are similar to the Type Cover keyboard, even offering the same 1.5mm keyboard travel. There is a handy task switcher key in the F1 position (same as an Alt-Tab press) and because of this key I use this functionality more than I ever did before. I'm not sold on the need for battery indicator and Bluetooth connection buttons in the top right though and would rather see dedicated page up and page down buttons. You can access page up and page down via the Fn button pressed with the directional arrow though.

The keyboard is backlit (three levels of brightness) with the backlight control accessible on the right Ctrl button. There is a trackpad, but it is not as large as the one on the Type Cover. It supports multiple finger functionality so you can use one, two, or three fingers for different actions. Left click on the left side and right click on the right side. You also have the option to disable the trackpad using Fn and left Alt.

Other buttons on the top Function row include media controls (I still haven't gotten them to work though), volume controls, display brightness controls, Mail, print screen, Esc, and Delete.

There are two rubber corner pieces in the bottom left and right corners on top of the keyboard to protect the display of your Surface Pro from resting on the keys. Four large round rubber pads are positioned on the underside of the keyboard to keep it safely in place on a table. There is a microUSB port on the right side to charge up the Brydge 12.3. Documentation states that you should get up to three months of use between charges and I have not had to recharge it in the couple weeks I've been testing it.

The Brydge 12.3 weighs 745 grams (1.48 pounds) and is constructed of aluminum with a brushed matte finish. It has a similar matte look and feel to the Surface Pro 4 and complements it perfectly, almost like they were made together. Brydge even incorporated similar angles to the edges of the Brydge 12.3 so it matches up perfectly with the design of the Surface Pro.

BTW, this review, and several other recent articles, were all typed using the Brydge 12.3 and I don't know if I can go back to my Surface Type Cover. The Type Cover offers a lighter and more compact solution for travel and commuting, but the Brydge is more functional in a few areas. These include protection for your Surface Pro, the ability to use on your lap or separated from the Surface Pro, and a secure keyboard connection so you can pick up the combination with just the Surface Pro.