Can we rebuild trust in the internet?

After a number of high-profile scandals and security failures, trust in tech companies and the internet is on the slide. Rebuilding it will be a big challenge.
Written by Danny Palmer, Senior Writer on June 7, 2018 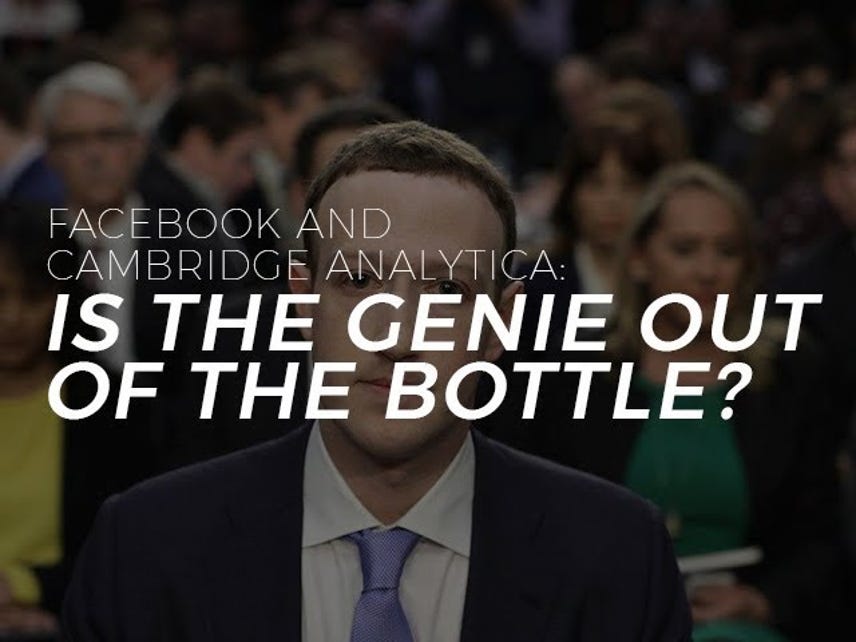 High-profile cyber security incidents have hit consumer trust in big technology firms and how they use our data, and even left some doubting whether the internet is a good thing.

The global WannaCry attack disrupted many organisations including the UK's National Health Service, while the Cambridge Analytica revelations have left many consumers questioning what large technology and social media firms should be allowed to do with personal data.

Nobody imagined the power companies like Facebook, Google and Amazon could hold when the internet was invented in 1989. Even a decade on from that, many remained naïve about the potential of the internet to create new business empires with vast power.

Among those was Martha Lane Fox, who co-founded travel website lastminute.com in 1998 with an optimistic view of the internet -- one which was a force purely for good.

"We never imagined that power was going to be so quickly established," she added, referring to how companies like Google and Facebook have come to dominate the internet.

See: The secret to being a great spy agency in the 21st century: Incubating startups (cover story PDF)

Then there's how even basic errors when managing technology can lead to devastating consequences -- as was the case with WannaCry, which Fox referred to as one of "the scandals which have emerged over the last year".

Baroness Fox also mentioned "the lightning rod that the Cambridge Analytica scandal was for people's anxieties about where we are with technology".

"It's an example of how we built a very flawed internet," she said "Anxieties are suddenly at the forefront of people's minds and that became a symbol of what we've built and created."

Referring to research by Doteveryone, a think tank she chairs which champions the use of responsible technology, Fox said while 50 percent of people say technology and the internet has helped them on a personal level, just 12 percent say it has helped society overall, with confusion over how data is used playing a large role. But she argued that technology can be a force for good.

"We could easily put ourselves into a difficult and dystopian future in our heads if we imagine some of the worst things that can go wrong. But I'm an optimist and I actually very strongly believe that we have it in our gift to own the future, to build the kind of future we want, a secure, happier future," she said.

See also: The undercover war on your internet secrets: How online surveillance cracked our trust in the web [TechRepublic]

Fox told the audience that the introduction of GDPR by the European Union is promising as it looks to "to encourage a different way of looking at users relationship with technology", but that there is much more to be done -- some of which can't happen until politicians know more about technology and don't just attempt to use talking it down as an excuse to look strong or gain votes.

"We need to upskill our legislators dramatically if we're able to cope with the challenges of the coming years. No politician is going to lose votes by knocking the internet, no politician is going to lose headwind if they say social media or the internet is to blame for the ills of society," said Fox, who sits as a crossbench peer in the House of Lords.

"That's a dangerous place to be because I think it will lead to bad legislation, reactive legislation, not legislation which builds our innovation and security over the long term."

Fox argued that it must be remembered that the internet was created as a means of information sharing and breaking down barriers -- and that it can still be used for good.

"And while there's still a lot of work to do to create a fairer internet, we mustn't let our future feel frightening, we mustn't be fearful of what is happening, we need to own it, we need to be resilient with it and we need to continue to innovate and use technology to solve the biggest challenges we face," she said.