The 200-day experiment will monitor for potential mental health issues caused by living in a restricted otherworld environment.
Written by Charlie Osborne, Contributing Writer on July 12, 2017 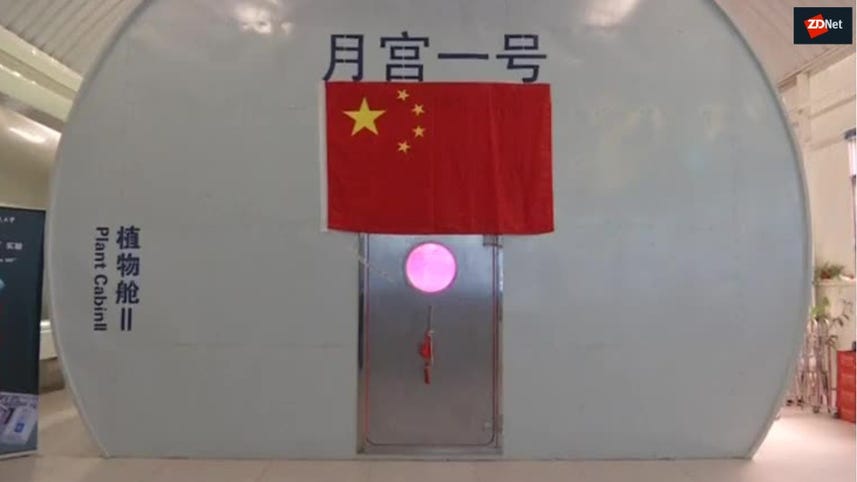 Chinese volunteers have begun to live in a sealed laboratory environment in order to simulate what a moon base may be like without any interaction with the outside world.

The 200-day experiment is taking place in a 160-meter-square cabin behind sealed steel doors in a bunker and will require the university student volunteers to maintain a self-sustaining environment, which will include recycling everything from plants to urine.

According to local media People's Daily, the "moon-like" environment will be a testing ground to see how isolation and limited space, which would be the norm in a moon colony, impacts both mental and physical health.

The students were sealed inside on Sunday.

Dubbed "Yuegong-1" or "Lunar Palace," the bunker is located at Beihang University, Beijing, and the sealed laboratory has previously been the home of another group of four who stayed there for a total of 60 days.

The Lunar Palace consists of a living area, two plant cultivation modules, four bedroom cubicles, a bathroom, a waste-treatment room and another section built for raising animals. In order to deal with waste, the volunteers will need to keep a bio-fermentation system running, and the by-products will be used to grow crops.

This experimental system is called the Bioregenerative Life Support System (BLSS) and was previously tested back in 2014. However, in this round, the group will also be tested to see how they react to periods of time without sunlight.

Researchers hope the long stint, which will be followed by another group that will stay for 105 days -- bringing the total living time by all three groups to 365 days -- will help scientists understand the trade-offs and potential mental and physical issues which may occur due to isolation on the moon.

According to Liu Guanghui, one of the PhD students that entered the bunker on Sunday, acting as a guinea pig may help the students achieve their dreams of going to space.

"I'll get so much out of this," Guanghui told Reuters. "It's truly a different life experience."

See also: One small step for man, one giant leap for kidneys

China is the third country, behind the US and Russia, to put spacecraft on the moon and has aggressively pushed its space program within the last decade.

In April, China's space agency and the European Space Agency (ESA) came together to discuss the possibility of a joint venture which will result in a moon colony. The agencies said the "moon village" could act as a launching pad for other missions and may also become a base for lunar mining and space tourism.