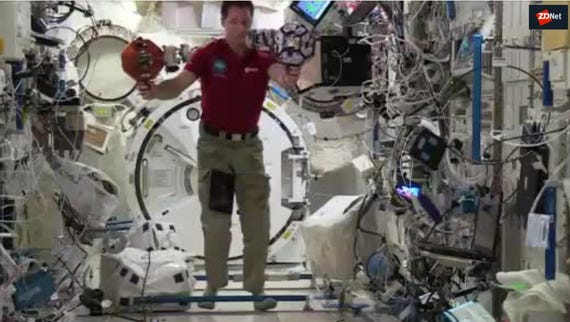 A set of "kidneys on a chip" will be hitching a lift on a rocket next year to the International Space Station (ISS), and with the launch, researchers see how kidney health is impacted by space.

University of Washington School of Pharmacy and UW Medicine researchers said on Tuesday that the rocket will contain 24 of the devices, which are credit card-sized chips containing a central chamber full of live kidney cells.

The project, made possible in collaboration with the Seattle-based organ-on-a-chip company Nortis, aims to increase our understanding of "how this organ is affected by drugs, toxins and environmental exposures."

Researchers hope that the tests will help us design better treatments for proteinuria -- the presence of protein in urine which indicates potential kidney issues -- osteoporosis, and kidney stones.

In the first phase of the program, the microfluidic chips will be launched and measured to explore how weightlessness impacts healthy kidney cells. In the second phase, due to launch 18 months later, the same test will be repeated -- but with diseased kidney cells.

After several weeks in space, astronauts will return the chips to Earth and the eager hands of scientists.

When healthy, our kidneys filter roughly 110 to 140 liters of blood and produce between one and two liters of urine each day. However, when our kidneys are impaired due to damage, the presence of protein, high blood pressure, and diseases such as diabetes, the destruction of kidney function can have major implications for our overall health.

"Weightlessness is an accelerator," said Edward Kelly, associate professor of pharmaceutics at the UW School of Pharmacy. "In the microgravity environment on the International Space Station, kidney problems are more common. They develop in weeks or months, instead of decades."

"By studying the kidney-on-a-chip after a few weeks in space, we expect to learn more about how osteoporosis, kidney stones, and other kidney conditions develop," Kelly added. "This information may lead to breakthroughs in treatment and prevention."

The kidney on a chip system has been designed using Nortis technology. The UW team says that by experimenting on kidney cells held within chip chambers, it is a safer and more accurate way to accelerate research -- and one which does not require animal testing.

The project will officially kick off in September at Cape Canaveral in Florida and is the result of a $3 million grant issued by the US National Center for Advancing Translational Sciences (NCATS), part of the National Institutes of Health (NIH). Center for the Advancement of Science in Space (CASIS) will contribute launch costs, time on the station and crew to bring the total up to $8 million.

Join Discussion for: One small step for man, one giant leap for...