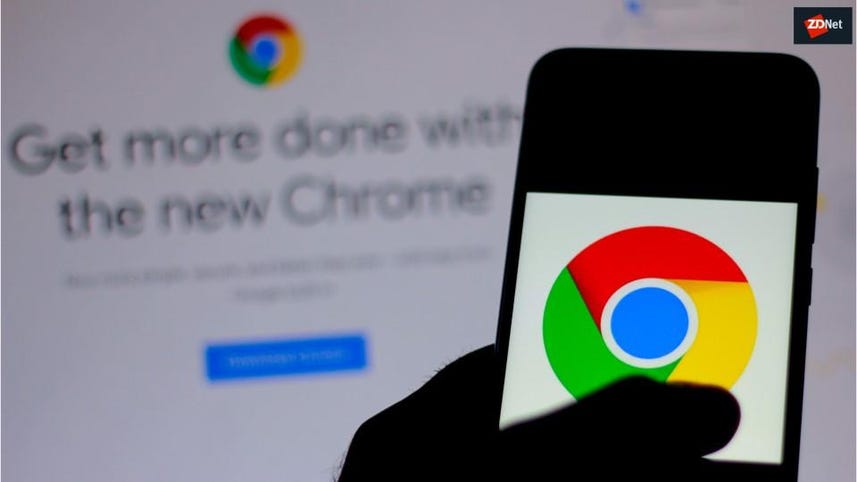 This release comes with security and bug fixes, but also with new features such as built-in support for the Password Checkup tool, real-time blacklisting of malicious sites via the Safe Browsing API, general availability of Predicitive Phishing protections, a ban on loading HTTPS "mixed content," support for tab freezing, a new UI for the Chrome Sync profile section, and support for a back-forward caching mechanism.

Let's go over each of these new features in greater depth, one by one.

Password Checkup is an online service through which Google takes all your Chrome-synced passwords and checks to see if any have leaked via breaches at other online services.

Until today, Password Checkup was only available as a separate Chrome extension or a section in the Google web dashboard.

Starting with Chrome 79, released today, the Password Checkup utility has been integrated into Chrome itself. To use it, Chrome users must be logged in their Google account inside Chrome.

Once enabled, the feature will let users know for what websites they're using passwords that have been previously leaked online, and prompt the user to change them.

In a blog post published today, and shared with ZDNet, Google explained how this process works, in greater detail:

For years, Chrome has featured a security setting known as the Safe Browsing API. Through this tool, Chrome downloads a list of known bad sites once every 30 minutes.

When a user visits a site, Chrome checks the URL against this list of known bad sites, which is stored locally inside all users' browsers.

However, Google says that in recent months, threat actors have been changing sites and domains at a faster pace, taking advantage of this 30-minute delay.

Starting today, with the release of Chrome 79, Google says Chrome will get a new option in the "Sync and Google services" section that will allow users to enable the scanning of bad sites in real-time. Option 1 in the image below denotes that Safe Browsing is enabled. Option 2 gives Chrome permission to send URLs to Safe Browsing servers. Turning both options on enables real-time Safe Browsing.

Enabling this feature also means that you're OK with sending your web browsing history to Google. The company says that users have nothing to fear, as all URLs will be anonymized. The company explains how this will work:

"When you visit a website, Chrome checks it against a list stored on your computer of thousands of popular websites that are known to be safe. If the website is not on the safe-list, Chrome checks the URL anonymously with Google (after dropping any username or password embedded in the URL) to find out if you're visiting a dangerous site. Our analysis has shown that this results in a 30% increase in protections by warning users on malicious sites that are brand new."

In our test Chrome 79 install, this feature was enabled by default, a setting that some users or system administrators might want to turn off.

For Chrome enterprise installations, Google has prepared a group policy that will let administrators turn it on or off across an organization, depending on each company's security policies.

Predictive phishing for everyone

Another cool security feature added in Chrome 79 is the general availability of Predictive Phishing.

Launched in 2017, Predictive Phishing warns users when they might be entering passwords on suspected phishing sites.

Initially, the feature only supported detecting phishing sites when entering Google account credentials, and only when users were using the Sync feature inside Chrome.

With Chrome 79, Predictive Phishing warnings will be available for all usernames and passwords stored inside Chrome's password database, even if the user is using the Sync feature or not.

Chrome 79 is also another great step for HTTPS support in Chrome. With this release, Google will slowly start to block "mixed content" on HTTPS sites.

We won't go over the details again, but you can read what's what in our previous coverage, here.

This new feature works by unloading all tabs that have been inactive for more than five minutes. This frees up CPU and RAM system resources for other tabs or other locally-running apps.

This feature isn't turned on by default, but you can visit the following URL and enable it if you need it.

Chrome 79 also comes with a cosmetic change for the user profile drop-down section.

Google told ZDNet that all the changes implemented have been done so "you always know which profile you're currently using" and "be sure you are saving your passwords to the right profile."

"This is a visual update and won't change your current Sync settings. We've also updated the look of the profile menu itself: it now allows for easier switching and clearly shows if you are signed in to Chrome or not," Google said.

Another new Chrome experimental flag that was added to Chrome 79 is the "Back-forward cache" feature.

What this feature does is to create a special cache for the Back and Forward Chrome buttons. If the user goes back or forward in their browsing history, the page is loaded from this cache, rather than being loaded from scratch.

Chrome engineers created this feature to improve page loading time in Chrome, and users can enable it via:

But we only touched on the most interesting changes. Users who'd like to learn more about the other new features added or removed from the Chrome 79 release can check out the following links:

Enterprise Software
NordVPN vs. Surfshark: Which VPN is better for you?

NordVPN vs. Surfshark: Which VPN is better for you?