Cisco's Kinetic for Cities platform will be integrated into AT&T's Smart Cities Operations Center, with the carrier also announcing a smart cities project in Portland, Oregon.
Written by Corinne Reichert, Contributor on Feb. 24, 2018 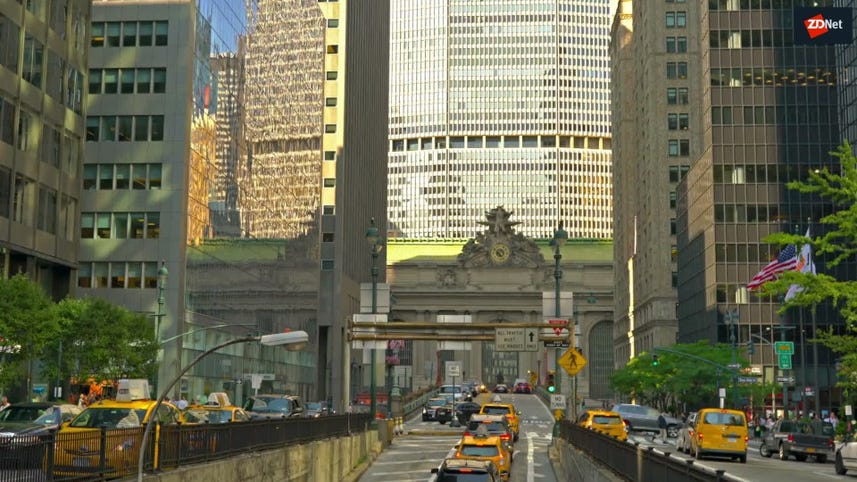 Cisco and AT&T have announced a partnership over smart cities, with the networking giant to integrate its Cisco Kinetic for Cities platform into various AT&T smart cities solutions, including the Smart Cities Operations Center (SCOC).

SCOC, which provides near real-time information and analysis of city data on a central dashboard, will be bolstered with the addition of Cisco's cloud-based platform for extracting, computing, and transferring Internet of Things (IoT) data, AT&T said.

"Together with AT&T, we want to help bridge the disparities between connected devices, people, and processes to simplify operations, enable new revenue sources, and allow leaders to be more responsive to citizen needs," Cisco Smart+Connected Communities president Anil Menon said.

According to the carrier, utilising Cisco's Kinetic platform will enable more uses for data, pointing to the example of connected parking meters providing information on available parking spaces to drivers; monetisation for third-party parking apps; and traffic pattern information for city planners.

"One data point -- parking meter availability -- can be utilised by multiple parties to deliver many different services. The same possibilities apply to smart lighting, urban mobility, water metering, safety and security, and many other city services," AT&T explained.

"We'll use AT&T Digital Infrastructure with Current, powered by GE's CityIQ, to transform some existing lighting infrastructure into a sensor-enabled data network. The sensors will help Portland address issues like traffic flow and parking," AT&T said.

The deployment of AT&T Structure Monitoring in Portland will involve working with IBM IoT Cloud, IBM Servcies, and Moniteye on deploying LTE-enabled sensors across city infrastructure to measure temperature, tilt, and cracks. They will also provide alert triggers.

AT&T had last week announced teaming up with Ericsson to expand its professional services capabilities across IoT solutions, allowing it to provide global device certification for IoT devices.

It also announced that Dallas, Atlanta, and Waco will be the first cities across the United States to receive its 5G services, with the carrier also opening a 5G innovation centre and test lab in Austin.

Cisco's own focus on smart cities, meanwhile, saw it earlier this month announce the investment of AU$1 million in a pilot of smart city technology in Adelaide under a partnership with the South Australian government and the City of Adelaide.

The pilot at the beginning of this month used Cisco Kinetic for Cities, and involved installing six sensors at the Grenfell-Pulteney intersection in Adelaide in order to measure "dwell time and queue length" of traffic.

This was part of an effort to reduce current traffic congestion and "create the foundations" for autonomous vehicle deployment across the city.

"These sensors will gather intersection-approach traffic information, such as location and speed of vehicles as well as pedestrians. With this information, tailored algorithms to recommend traffic light intervals can be recommended to improve traffic and pedestrian-crossing flow," Cisco explained.

"The second phase involves an assessment of whether the same infrastructure can be applied to quickly and accurately determine the location and movements of autonomous vehicles, which is critical to being able to manage, direct, and control autonomous vehicles."

Similar trials will follow at other intersections in Adelaide in order to "potentially test and scale the solution city-wide followed by a national rollout".

The project also follows Cisco last year forming a smart cities "alliance" with KPMG Australia in order to accelerate the adoption of IoT solutions across the country.

Under that alliance, Cisco said it would meld its technology and solutions with KPMG's IoT capabilities to provide an end-to-end open framework including the provision of advisory, technology, platform, support, and operations services.

The Cisco Smart+Connected digital platform had at the time already been deployed in Kansas City, Copenhagen, Paris, Adelaide, Bucharest, Hungary, Dubrovnik, and Bengaluru.

Cisco has partnered with the South Australian government and City of Adelaide to trial the use of sensor technology and the Cisco Kinetic for Cities IoT platform to prepare for the deployment of autonomous vehicles.

Dubbed City Brain, the artificial intelligence system runs on Alibaba's cloud computing infrastructure and is the first to be deployed outside its domestic Chinese market.

HPE is partnering with PWC to trial new smart city solutions in India. Nigel Upton, GM of HPE's IOT platform, explains the advantages of working in an emerging market.

On the CNET Stage at CES 2018, this panel led by Jason Hiner of ZDNet and TechRepublic explored the winning moves that Miami, Las Vegas, and Kansas City have made in smart cities.

Smart cities expected to invest $80B in technologies in 2018 (TechRepublic)

By 2021, spending on smart city tech is forecast to hit $135 billion, according to the International Data Corporation.

In addition to the areas getting a smart city grant, Puerto Rico will receive a special grant to speed hurricane recovery.