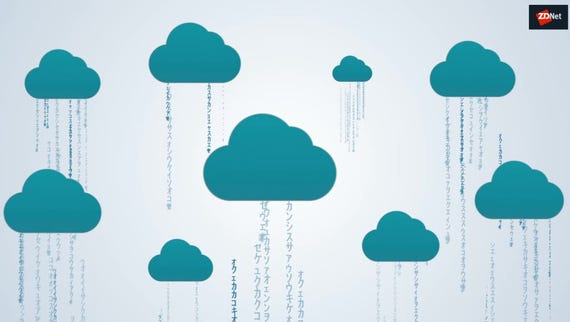 Video: How to pick your cloud partner with confidence

On Oct. 25, Cisco and Google announced a new technology partnership, which went by the internal name Goodzilla. This will enable Cisco customers to run and move their applications between Cisco-powered data centers and the Google Cloud Platform in a new kind of hybrid cloud.

The glue that will bind them together: Kubernetes and Istio.

Kubernetes is an open-source container manager. Originally developed by Google as Borg, today, it's controlled by the The Linux Foundation's Cloud Native Computing Foundation (CNCF). It has quickly become the most popular container orchestration program. Except for Amazon Web Services (AWS), it's available on all major public clouds and works with all containers.

The less well-known Istio is an open-source platform build on Kubernetes. It provides a uniform way to connect, manage, and secure microservices. It also supports managing traffic flows between microservices, enforcing access policies, and aggregating telemetry data, all without requiring changes to the microservice code. Istio gives you:

Put together, Cisco customers won't have any trouble moving workloads between data centers and the GCP as needed. While technically interesting, this also marks a major step forward for Google Cloud SVP Diane Greene's plans to make Google Cloud an enterprise player and a true rival to AWS.

Boris Renski, CMO of OpenStack cloud power Mirantis, speculates that Google has a master plan to fight for cloud dominance and this is the first business step to it. Renski wrote, "I'd like to postulate that Kubernetes was the first move in a longer chess game to AWS: One where the end goal is to destroy costs associated with moving workloads between clouds."

Why? Because by using Kubernetes and other open-source initiatives, Istio and Envoy, Spinnaker, and the Open Service Broker API, Google is "completing the missing pieces of GoogleStack PaaS [Platform-as-a-Service] aimed at solving for various aspects of cross-cloud workload portability." This PaaS will help "IBM, Cisco, Dell and others build a multi-cloud stack that developers would actually like."

Thus, by investing in destroying switching Infrastructure-as-a-Service (IaaS) cloud costs, Google and its partners can more successfully compete with AWS. "Conversely, for AWS, with over 40 percent of the [IaaS] market it makes sense to optimize for lock-in and maximum switching costs," wrote Renski.

If Renski is correct, Goodzilla isn't merely a novel hybrid-cloud approach tor a big-step forward for GCP, it's Google's biggest attempt yet to cut AWS down to size.

Join Discussion for: Cisco and Google partner on new hybrid-cloud...