At Google Next, Google shows off several major enterprise customers, illustrating that it's a viable player in a multicloud world.
Written by Stephanie Condon, Senior Staff Writer on March 8, 2017

It was only six months ago that Google rebranded its enterprise business as Google Cloud. On Wednesday at the Google Next conference in San Francisco, Google Cloud SVP Diane Greene touted Google Cloud's enterprise clout, trotting out major customers signing onto the Google Cloud Platform (GCP), like Colgate-Palmolive, Home Depot and Disney.

"Does anybody not agree it's the biggest thing going on in IT right now?" Greene said of the cloud. In addition to seeing "unbelievable acceleration" in Google's cloud business, "the quality of our customer conversations are really changing," she said.

Previous conversations focused on areas like using Google BigQuery, data analytics or machine learning. Yet just recently, Greene said, she spoke with three customers looking to do a "full lift and shift."

While all of this may be true, Google Cloud has a ways to go to become a dominant force in the cloud market. When it comes to infrastructure, Amazon Web Services is the heavy-hitter, accounting for one third of the market -- more than Google, Microsoft and IBM combined. Google may be gaining some major enterprise customers, but that's not necessarily at expense of Amazon or any other Google Cloud competitor:

When Eric Schmidt, chairman of Google's parent company Alphabet, took to the stage Wednesday, he highlighted perhaps the most high-profile multi-cloud strategy announced this year: Snap's investment in public cloud infrastructure. It initially appeared that Snap would go all-in Google, investing $2 billion to use its infrastructure over five years. However, Snap later disclosed that it's also spending $1 billion with AWS.

Snap's incredibly fast software development was hard to explain given its level of capital, Schmidt said. "The answer is they used our infrastructure," he continued. "This way they can ride the scale and investment." Snap is also an example of a company exploiting Google's vast network, Schmidt said, to access its global customers.

Schmidt said there's no time to waste when it comes to migrating to the cloud. "Just get to the cloud now," he said. "Just go there now."

As customers consider a multicloud strategy, there's plenty of room for Google to gain its share of business -- especially at this pivotal moment for the cloud market: Total spending on infrastructure services stood at $10.3 billion in Q4 of last year -- up 49 percent year-over-year. Total 2016 spending hit $38.1 billion, and it's expected to hit $55.8 billion in 2017, according to researchers from Canalys -- that's 46 percent growth.

As Google competes for that business, its customers on stage Wednesday illustrated its strengths.

"We spent a good amount of time working with all the cloud providers and evaluating them," HSBC CIO Darryl West said on stage. HSBC's data scientists "need tools that allow them to do their work on a very productive way," he said, and Google's "suite of products have been very easy to use... The way your products are being configured and presented to us... has been very positive."

For a major bank collecting massive amounts of data, analytics and machine learning are proving to be crucial tools, he said. "We're going to need to partner with people like Google and others to use the best technology in the world to solve these problems."

Disney's Michael White, meanwhile, said the media company is "taking a machine learning mindset on our road to AI."

Fei-Fei Li, chief scientist for Google Cloud AI and Machine Learning, said that Google has made a "huge investment" in AI "that will emerge over the next year in the form of powerful, easy-to-use tools." Li announced a new video intelligence API that will give developers information about entities inside video content.

SAP's Bernd Leukert outlined the various ways SAP is working with Google Cloud and ways it could extend its partnership, citing some specific benefits: SAP, he said, "recognizes Google as a frontrunner... specifically on technologies like containerization" and sees potential in working with kubernetes. 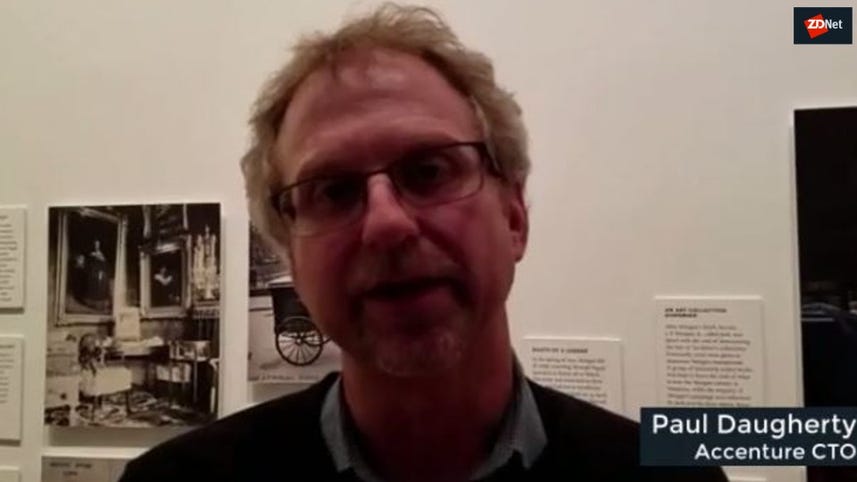