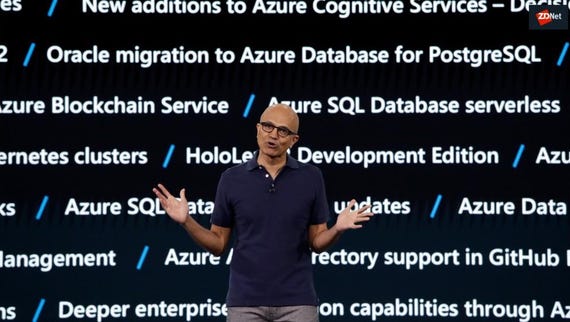 Childers brings vast experience with Cloud Foundry to the head chair. With five-years under his belt at Cloud Foundry as CTO, he and Kearns have both been Cloud Foundry's public faces. Before he came to Cloud Foundry, he had served as vice-president of Apache Cloudstack Infrastructure-as-a-Service (IaaS). In short, Childers knows cloud technology like the back of his hand.

"One of the things any transition in leadership can benefit from is continuity. Ideally, a new leader is familiar both to the organization itself as well as the ecosystem it inhabits, in Chip Childers, the Cloud Foundry has exactly that: A known and trusted individual who has a firm grasp not only on where the Cloud Foundry has come from but where it is today and where it will need to go in the years ahead."

Cloud Foundry, while not the household name like Amazon Web Services (AWS), is a major PaaS player. Besides calling on over a thousand programmers, Gartner market research shows Cloud Foundry's total market value is approximately $3.1 billion. It's expected to rise to $5.25 billion in a few years.

The changing of the guard at the top of Cloud Foundry isn't the only major executive change at the foundation. Paul Fazzone, VMware's SVP of Tanzu R&D, has been named chairman of the board of directors. Fazzone replaces John Roese, Dell EMC global CTO, who will remain Dell EMC's representative on the board.

Looking ahead, Fazzone said, "This next chapter for Cloud Foundry will be a shift forward in focusing on evolving the technology to a Kubernetes-based platform and supporting the diverse set of contributors who will make that outcome possible."

As for Childers, he has always "believed in the power of the Cloud Foundry developer experience."

"I see that borne out all the time -- take, for instance, the work on KubeCF! I've been proud to help lead this community and watch it thrive and grow," Childers added. "I'm honored to take over as executive director and look forward to working with the broad coalition that is the Cloud Foundry ecosystem to make developers' lives easier as we migrate to being the best developer experience for cloud-native in general, and Kubernetes in particular."

"I am tremendously proud of Cloud Foundry and of the Foundation we have all built together. Cloud Foundry offers the premier developer experience for the cloud native landscape and has seen massive adoption in the enterprise. It also has one of the strongest, kindest, most diverse communities (and staff) in open source. I leave the organization in the best hands possible. Chip was the first Foundation staff member and has served as CTO for more than four years. There is literally nobody else in the world more qualified for this job."