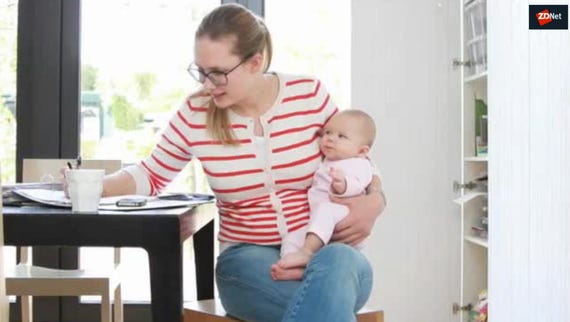 Employees are more loyal if they're allowed to work remotely.

That's according to a new survey by hardware company Owl Labs, which makes teleconferencing solutions, and TINYPulse, which offers tools to conduct employee engagement surveys.

According to an Owl Labs spokesperson, the 2017 State of Remote Work report is one of the first of its kind "to analyze remote work's impact on employee success and retention as well as manager-employee relationships." The survey included responses from 1,097 US-based workers.

The big finding was that companies that allow remote work experience 25 percent lower employee turnover than companies that don't support remote work. That runs counter to the idea that employee loyalty is tied to a physical presence in a central office.

The survey also asked employees who don't work remotely if they would like to work outside the office at least once a month. Not surprisingly, a majority, 65 percent, said they would.

Of the employees who didn't express the desire to work remotely, 57 percent said the nature of their job would not allow it.

The appeal of remote work for employers has ebbed and surged in the last decade, with many Silicon Valley firms insisting on the advantages of a strong office culture. In 2013, Marissa Mayer famously recalled all of Yahoo!'s remote employees, arguing that speed and quality are lost when workers aren't in the office.

But according to Global Workplace Analytics, "50 percent of the US workforce holds a job that is compatible with at least partial telework, and approximately 20-25 percent of the workforce teleworks at some frequency."

Internet and video conferencing technology has been one of the main drivers of this trend, and there are indications that new technologies may break down resistance to telecommuting while toppling barriers for offsite workers.

Among the most promising of these has been telepresence robots, such as those from companies like Double Robotics, Cisco, and Suitable Technologies. Ranging from fully embodied, feature rich avatars to mobile stands for iPads that can wheel around the office, these bots allow remote workers to maneuver in space and physically interact with coworkers.

Conferencing tools in general are becoming more powerful. Owl Labs, which sponsored the recent survey, makes a next generation video conferencing solution it calls the Meeting Owl. The unit offers 360 degree intelligent video that maps the room so remote workers have a view of each participant in a meeting.

The Meeting Owl also offers additional analytics to help companies optimize how and when their video conferencing can be used to maximum effect.

With high skill tech jobs in demand, and with a dearth of qualified developers in the US, firms are increasingly looking toward a distributed workforce.

However, it's all good news for offsite proponents. The survey found that many remote workers don't feel the same management support and career guidance as their on-site colleagues.

"For example, remote employees with managers who work on site have 25 percent fewer career growth discussions than average."

The finding suggests that offsite work can be deleterious for early- and mid-career workers, those who stand to benefit most from mentorship.

If you're looking to convince your boss, or if you need convincing yourself, you can check out the full report and its detailed findings here.