For the first time in five years, since the Edward Snowden disclosures that exposed the NSA's mass surveillance powers and programs, lawmakers had an opportunity this month to rein in and reform the bulk of the government's powers.

These are the House members who voted to extend NSA spying and reject privacy reforms And nearly all of them are up for re-election later this year.

Instead, they balked -- in both the House and Senate, unwilling to make even the most minor reforms that would restore Americans' constitutional rights -- for fear that the intelligence agencies might lose access to data that would one day prevent an act of terror.

The Senate passed the "ugly" FISA Amendments Reauthorization Act in a vote 65-34 on Thursday, reauthorizing the so-called "crown jewels" of the intelligence community's powers, known as section 702, which was set to expire Friday.

Last week, the House voted 256-164 in favor of passing the bill with almost no changes to the original surveillance laws.

The bill will now pass to President Donald Trump, who will almost certainly sign it into law.

Section 702 allows the NSA to gather intelligence on foreigners overseas by collecting data from chokepoints where fiber optic cables owned by telecom giants enter the US. But that collection also incidentally sweeps up large amounts of data on countless Americans, who are constitutionally protected from warrantless surveillance.

Even though section 702 explicitly prohibits the targeting of Americans, the intelligence community can then search those messages without a warrant.

Research released last year showed that the NSA and the FBI, both of which have access to data collected under 702, had violated its powers hundreds of times by conducting unlawful searches and improperly targeting a person or account for surveillance.

Since then, over 40 privacy and transparency groups have called on Congress to reform the government's section 702 powers. They argued that compelling the NSA to get a warrant before accessing Americans' data would have no impact on foreign intelligence gathering efforts. Other legislative efforts would compel the government to reveal the approximate number of Americans surveilled under section 702, a promise made by both the Obama and Trump administrations that was later withdrawn.

That effort failed, after months of waiting and almost no meaningful debate in the Senate.

Demand Progress, a privacy-focused non-profit, said the bill cedes "tremendous power to the executive branch to engage in mass and warrantless surveillance." The bill allows so-called "backdoor searches" of Americans' communications, and it expands the NSA's powers by codifying the "about" collection, making it easier to restart. The NSA agency had to stop "about" collection after it was found to violate the law. 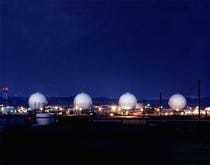 As Congress mulls surveillance reforms, here are the good, bad, and ugly options For the first time since the Edward Snowden surveillance revelations, lawmakers get to choose a new law.

"The US should not be in the business of warrantless, dragnet surveillance of American citizens," said Sen. Elizabeth Warren (D-MA) in a tweet last week. She voted to not pass the bill.

Human Rights Watch called the powers "direct threats" to both US democracy and human rights. The Open Technology Institute said in a statement that the bill "codifies and may even expand the government's most concerning practices." And, the American Civil Liberties Union, which last week called it a "dangerous" bill, said Thursday the reauthorized law "has been repeatedly abused by law enforcement to spy on the electronic communications of Americans and foreigners without a warrant," in violation of the constitution.

Suffice to say, there was plenty of pushback from civil liberties groups, rights organizations, and privacy and national security lawyers and attorneys, who called for greater protections for Americans.

There were once lawmakers in the House and Senate who called the Snowden disclosures a turning point for the surveillance debate. Five years ago, Congress called for reform. Yet this week, many of the same lawmakers voted for a clean reauthorization of the laws they once criticized.

To name a few:

Rep. Gregory Meeks (D-NY, 5th) said in a bicameral letter in late-2013, months after several significant stories from the Snowden disclosures were first reported and had already sunk in:

"While there is no issue more important than protecting our people and our country from harm, recent revelations have made clear that U.S. surveillance programs have not been conducted with the appropriate degree of restraint and oversight," he said.

In spite of that, Meeks voted in favor of the bill this week. (By contrast, Sen. Chris Murphy (D-CT), who also signed the letter, did not vote for the bill.)

Rep. Eric Swalwell (D-CA, 15th), who was at the time a member of the Homeland Security Committee, supported an amendment to limit the bulk collection of data by the NSA. He wrote:

"My vote for the bipartisan amendment does not mean I want to abandon our surveillance programs," he said. "I recognize the important role they have in counterterrorism efforts. But, rather I believe we can limit the scope of our surveillance while still protecting our country. This might require more resources to create a revised program, but it is worthwhile for the sake of our national security and the protections granted in the Fourth Amendment."

Yet, Swalwell voted to reauthorized the NSA's surveillance this week.

Rep. Dutch Ruppersberger (D-MD, 2nd) represents the district of NSA headquarters in Fort Meade, and has received donations from the defense and intelligence agencies and industries. He was one of the most outspoken critics of Snowden, and said some of the NSA's programs were "legal" and "constitutional. A year later, Ruppersberger had a "change of heart" and proposed legislative changes to rein in some of the NSA's powers.

Yet, Ruppersberger voted to reauthorize the NSA's surveillance this week.

Rep. Louise Slaughter (D-NY, 25th) said the day after news of the NSA's bulk phone records collection program was revealed, ensnaring Verizon and other phone giants, that she has "consistently opposed reauthorizations of the USA PATRIOT Act and the Foreign Intelligence Surveillance Act precisely because they grant overly-broad powers that could infringe on our civil liberties."

"We do not need to choose between security and civil liberties. I am eager to get to the bottom of this and finally enact new laws that protect Americans from the threat of terrorism while also safeguarding privacy rights," she said in remarks on her website.

Yet, Slaughter voted to reauthorize the NSA's surveillance this week.

Sen. Mike Enzi (R-WY) pulled no punches when he said in remarks that the NSA's spying "got completely out of hand" and "disregarded the law." He said in comments, months after the Snowden leaks first hit the papers, that some of the NSA's programs "shouldn't happen in America."

Yet, Enzi still voted to reauthorize the NSA's surveillance.

Rep. Pete Olson (R-TX, 22nd), a former Navy pilot, has long said on his website that he has concerns "about the legality of the government's ability to collect bulk data on its own citizens without due process." He voted for the Freedom Act, and later co-sponsored the End Warrantless Surveillance of Americans Act.

"This bill would prohibit warrantless searches of government databases for information that pertains to U.S. citizens," he said. The bill didn't make it past committee.

Yet, Olson voted to reauthorize the NSA's surveillance this week.

Rep. Mike Quigley (D-IL, 5th) said several months after the Snowden disclosures were released -- with new stories still coming out daily -- that it is "clear that substantial changes to the NSA's surveillance programs are required to ensure the constitutional rights of the American people are protected."

Yet, Quigley voted to reauthorize the NSA's surveillance this week.

Rep. David Schweikert (R-AZ, 6th) said that recommendations made a White House review of NSA powers at the time "fall short" of his expectations. In a statement on his website, he said: "While efforts to reform the collection of metadata and increased oversight on the government's ability to retain, search, and disseminate private communications is a positive step, it is up to Congress to guarantee the Constitutional rights and civil liberties of Americans are protected from potential fraud and misuse."

Yet, Schweikert voted to reauthorize the NSA's surveillance this week.

And finally, Sen. Dianne Feinstein (D-CA), a long-serving member of the Senate Intelligence Committee that gave her far more access to the government's surveillance and intelligence programs than other lawmakers, has always expressed support for the intelligence community. She also expressed interest in reforming the NSA's surveillance powers, even this week.

During Wednesday's brief debate before a cloture vote was called, ending all debate on the bill, Feinstein said she would "like to see more reforms in this program, and perhaps that is something those of us on the Intelligence Committee can strive for."

Yet, Feinstein still voted to reauthorize the NSA's surveillance.

The FISA Act will sunset in six years.