Contact tracing: How Ireland built its app and what it's doing next

Ireland's Covid Tracker app launched this month after just a few weeks in the making. This is how developers from software company NearForm took up the challenge.
Written by Daphne Leprince-Ringuet on July 22, 2020 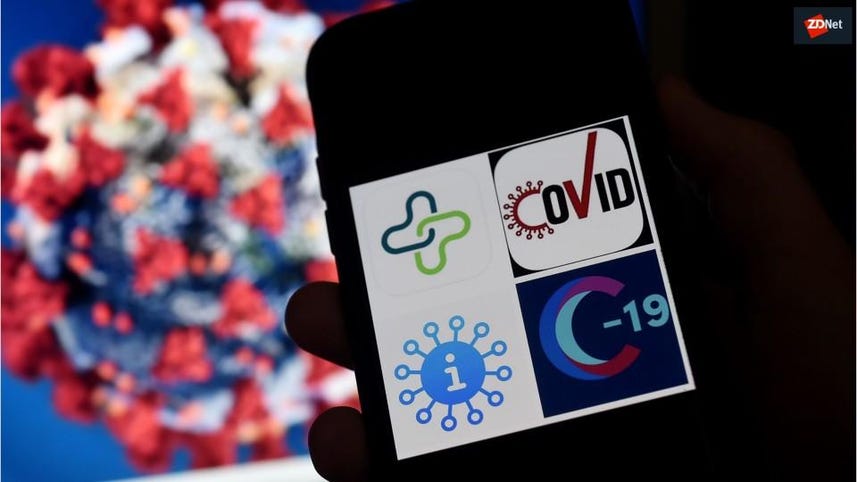 While most Irish residents were busy preparing for the country to go on full lockdown on the weekend of the 21 March this year, Colm Harte, the technical director of software company NearForm, was having another kind of Saturday.

Ireland's Health Services Executive (HSE) had called his team that day, and with a pretty heavy-duty request: to build a working and safe Bluetooth-based contact-tracing app that could be rolled out nationwide to help fight the spread of the coronavirus pandemic. Ideally, as soon as possible.

Harte accepted the challenge. A few months later, Ireland's Covid Tracker app launched, and was downloaded more than a million times in the first 48 hours. According to Harte, all things considered, "it went extremely well".

Back in March, Harte's colleagues immediately put themselves forward to participate in the new project. A team was pulled together on the day that the health authorities called, with Harte leading on the technical side; on the Sunday, design works for the app were kicked off; and the very next day, the HSE had a visual walkthrough of the app on the table, ready for feedback.

The speed at which Harte was able to mobilize a team was one of the reasons that convinced the HSE to sign off the partnership – on top of the company's credentials in building Bluetooth-based services to a range of Irish and international clients, including Microsoft and Intel.

And for a company that typically focuses on enterprise services, explains Harte, being approached by national health services to lend a hand in the context of a global pandemic was pretty motivating, to say the least.

An initial objective was set to have a prototype of the app running on a mobile phone by the end of the week. Using Sketch and InVision, NearForm's product designers began drafting the user interface, and comfortably beat the deadline, with a first version ready three days later.

Of course, the first draft wasn't contact-tracing-ready, but rather provided the HSE with a snapshot of the user interface. "The first few days were very intense, with a pretty fast turnaround," Harte tells ZDNet. "They were early mornings and late evenings. But it was all motivated by that push to try and get something done quickly."

From his experience so far, Harte has a piece of advice for fellow software developers working on similar projects: don't set unrealistic deadlines.

"At the start, we wanted to put in as many hours as we could, to try and deliver this as fast as possible," he says. "The reality is, you can't roll out an app to over a million people in two weeks and say you've done all the proper due diligence you should've done. You have to be honest about how long it'll take to do it properly."

Without committing to a deadline, Harte's team initially set out with a six to seven week goal before the app would be ready to download. But of course, it was impossible to account for the unknowns that were bound to happen.

And happen, they did. NearForm started working on a centralized model for the app – the most common approach at the time, when Apple and Google hadn't yet unveiled their plans for a decentralized Bluetooth-based contact tracing API. Technical difficulties soon emerged, caused by Apple's restrictions on Bluetooth signals, which stopped the app from functioning as soon as the tool was backgrounded.

Part of NearForm's team was specifically dedicated to trying to find a workaround for the Bluetooth issue, playing around with devices and gathering insights from other countries that were trying to achieve the same thing. The HSE even set up a call with Apple, during which the company confirmed that there were no ways that existed to bypass the limitations.

"A lot of the effort was going towards the Bluetooth side of things," says Harte, "and trying to find if there was any way to make that work. The harsh reality was that there wasn't."

And so, at the start of April, when Google and Apple announced their jointly developed decentralized approach for contact-tracing apps, it became evident that the Irish technology would benefit from some rethinking.

From a public-health perspective, switching from a centralized model to a decentralized one meant losing significant amounts of data, data that would allow the HSE to better track the spread of the epidemic. "But we had built something that wasn't working as well as we wanted it to. So then the question was: is it good enough?" says Harte.

"We took a step back and looked at the fact that we had two tech giants coming in, and they were going to solve the problem of Bluetooth, which was key to being successful," he continues.

A new prototype was promptly created, based on the Apple and Google's Exposure Notification system, once the HSE secured beta access to the new technology. Messaging in the app was adapted, the user setup process was redesigned and QA testing recommenced.

That's not to say that it was an easy decision to switch the app's model over to the tech giants' API. Weeks had been invested into refining the technology's initial designs, and although some pieces could be adapted, a lot of the work had to be re-done. Harte says it felt like playing "catch-up", rushing again to have a fully working app despite the setback.

In a way, though, the U-turn was a blessing in disguise. Although pivoting was a big change, Harte stresses that the biggest challenge throughout was still to try and make the app work through the original Bluetooth restrictions. Sure, Google and Apple's model meant chucking a bunch of code in the bin, but it also solved the most important issue that the team had faced while developing the tool.

"Once we had made this decision, we got our heads down and got the app done in six or seven weeks," says Harte. "Ultimately, the biggest tip I would give to others working on a similar project would be to go with Google and Apple's API. It solves a lot of the hard problems."

Across Europe, teams of developers faced exactly the same dilemma, and one by one, picked their sides. Switzerland and Italy, for instance, immediately adopted the tech giants' model, while France stuck with a centralized technology.

The UK's NHSX, in a similar move, initially decided to snub Google and Apple's approach, and continued work on the contact-tracing app it had designed from the start. After months of delays and contradictory statements from the government, it was eventually revealed that the technology's trials on the Isle of Wight were running into a great deal of technical issues.

The government has now conceded that it would be preferable to leverage Google and Apple's technology, and work is underway for a new app, although it is looking unlikely that the tool will be ready any time soon.

In contrast, and in a similar fashion to Ireland, Germany started off with a centralized contact-tracing app, before pivoting the tool's designs to accommodate the API released by the tech giants. The country's Corona-Warn app launched last month and was downloaded 6.5 million times in a day.

Back in Ireland, Harte is pretty pleased with the country's freshly launched COVID Tracker, which was released recently after tests showed that the app can accurately detect 72% of close contacts. Did he feel much pressure on the day of the launch? "Yes," he laughs.

"There was a constant 'what if' in the back of my head – what if we forgot something, what if it doesn't work, what if things go badly" he says. "Because of what this is for, there was always the pressure of needing to get it done. And it needed to be done properly, and it had to be effective. Yes, we were trying to do it fast, but we couldn't do it fast by cutting corners."

Harte is thankful that things went smoothly, with an uptake on the first day that was even greater than he expected, at about 862,000 downloads. NearForm's team is now in talks with various US states and other EU countries about building their contact-tracing apps, after launching the technology in Gibraltar.

Crucially, the company is working with Northern Ireland to release an app based on Google and Apple's protocol, which would work on both sides of the border. The Northern Irish app will be built on the same platform as its Irish counterpart, although Harte stressed it will be completely different in its design and functionalities, in order to meet the specific needs of the region.

Expected to launch in a few weeks, the tool would make Northern Ireland the first part of the UK to have fully functioning contact-tracing technology, in a rather unflattering contrast to the recent NHSX app fiasco.

It is on interoperability that Harte and his team are focusing their efforts now. As countries exit lockdown and travel starts gathering pace again, having contact-tracing apps that can work across borders seems to be the obvious next step.

"We will have a solution for interoperability when the Northern Ireland app goes live," says Harte. "From a technical perspective, it's actually pretty straightforward, but you also need agreements and coordination between governments to get the pieces in place."

Security
Matter is coming fall 2022 (fingers crossed), but why does that matter to you?