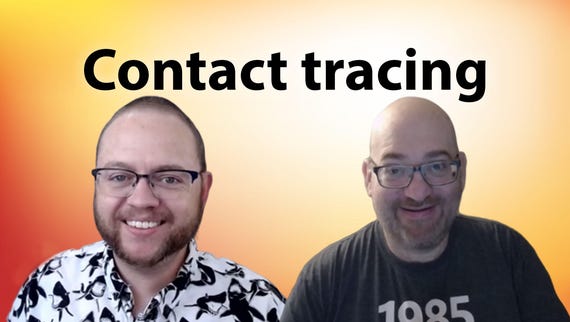 Italy's contact-tracing app, Immuni, has finally been made available to the country's citizens on Apple's App Store and Google Play.

As with other similar apps deployed across Europe, Immuni is supposed to help government and healthcare institutions fight the COVID-19 coronavirus pandemic, by making it easier to track how the contagion spreads.

The app allows healthcare operators to send a notification to all those who have been less than two meters from an infected person for at least 15 minutes in the previous 14 days.

It then recommends what at-risk users should do, from self-isolation to contacting a doctor, and uploads the epidemiological data to a central server. The whole process, from installing the app to receiving the notification, has been designed to be anonymous and voluntary.

On Wednesday, minister of technological innovation Paola Pisano told the Transport Committee that the app has been downloaded by one million people. The 500,000 downloads in the first 24 hours of its release briefly made it the most downloaded free app in Italy.

Italy's ministry for technological innovation said in a statement only arbitrary identifiers generated by the app are used.

"No names or any other identifying element can be employed to trace the identity of the persons who have been tested positive or of those who come into contact with them," it said.

"Citizens can download Immuni for free and enroll on a voluntary basis, as a tool to promote a safer environment during the recovery phase."

While the app is already available for anyone in Italy to download, the notification system itself will only be implemented on Monday, June 8.

Initially, the tracing will be limited to the pilot regions of Liguria, Marche, Apulia and Abruzzo. If the trial's results are positive, the system will be deployed nationwide beginning mid-June.

The software architecture follows a decentralized tracing model, compliant with the Bluetooth-based framework that has been recently introduced by Apple and Google for Android and iOS smartphones – so almost all the data will remain on the users' devices. This approach contrasts with the centralized model favored by countries such as France and the UK.

The choice was the result of an intense debate between industry experts, academics, lawyers and Italian government officials, which led to the centralized option being discarded, due to privacy concerns.

In its final version, Immuni will not collect any personal or location data, except for the province of residence, which will be used to send customized suggestions because health policies vary between Italian regions.

The source code of the app has been made publicly available by the developer, the software company Bending Spoons, which published it on GitHub.

So far, Immuni has received positive reviews, for its security from developers who have analyzed the code, and for its usability, based on initial comments of those who have installed it.

However, the Italian data-protection authority, which gave the green light for pilot testing in the four selected regions, has asked for some improvements.

"They should be made aware that the system may generate exposure notifications that do not always reflect an actual risk condition," the president of the authority, Antonello Soro, said in a statement.

"Users should also be able to temporarily deactivate the app via an easily accessible function on the main screen."

While the product itself seems well designed and secure, the real test will be whether Italians feel motivated to install it, given the easing of lockdown measures and rumors that the virus is losing its strength.

Ideally, according to an epidemiological model developed by a group of Oxford University researchers a contact-tracing app should be downloaded by 60% of the population, to be fully effective.

With lower, and more realistic, numbers, Immuni could still be valuable, provided the other elements of the tracing strategy – human tracers, quick and targeted swab tests, personnel tasked with treating at-risk users as identified by the app – are also in place.

Despite the generally positive reviews so far, some issues have surfaced. In particular, the failure of the app to work with iPhone 6 or older models – it needs at least iOS 13.5. On Android, it needs at least Android 6 Marshmallow.

On Huawei smartphones, due to the US inclusion of the company on the 'Entity list', the app works with devices commercialized before May 16, 2019, because they have access to Google Play updates. The app needs at least Google Play Services 20.18.13.

It does not work on newer Huawei and Honor smartphones, such as the Mate 30 or P40.

The developers are working to address these issues and will soon release a dedicated version to be downloaded from Huawei's app gallery.

There was also a brief controversy caused by some of the app's icons, which were deemed sexist. They showed a man with a laptop and a woman with a baby. Following protests, the offending icons have been changed, and now the man appears with the baby and the woman with the computer.