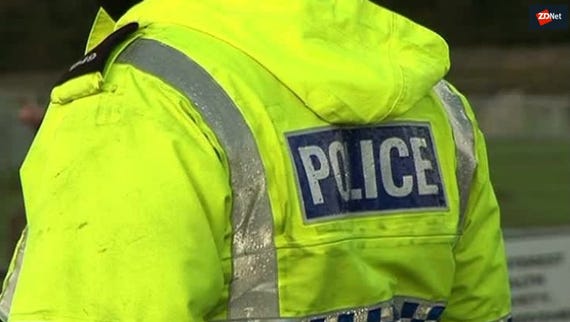 Organisations which don't report that they've been the victim of cyber crime are putting others at risk of further attacks and are hampering the authorities' ability to fight against hackers, the UK's serious and organised crime unit has warned.

The National Crime Agency has issued the warning to businesses as part of its National Strategic Assessment of Serious and Organised Crime 2018.

"Under-reporting of data breaches continues to erode our ability to make robust assessment of the scale and cost of network intrusions," said the report, adding "many companies are not disclosing data breaches, putting victims at risk".

According to figures cited by the NCA, only 38 percent of people have confidence that law enforcement can properly respondent to 'cyber-dependent' crime, with the implication that this is partly why victims fail to report they've been hit.

Even when cybercrime is reported, the police may find themselves unable to convict the perpetrators, because "those that do report may on occasion not be prepared to support prosecution, hampering the ability of law enforcement to act".

The National Strategic Assessment of Serious and Organised crime suggests that the lack of successful cyber crime reporting means that cyber attackers believe that there's no consequences of their actions.

This perception is also driven along by the courts often handing out lenient sentences to those convicted of hacking, the NCA suggests - although no specific examples of this are provided.

"Whilst courts acknowledge the seriousness of the crimes committed, the level of sentence passed does not necessarily reflect this seriousness, and can appear low," said the report.

According to the report, cyber criminal schemes at all levels continue to pose a threat to the UK, and while many of these groups are operating outside of UK borders, home-grown cyber criminals must not be underestimated.

"The threat from UK domestic cyber criminals continues to mature, and these domestic actors are capable of damaging attacks," the report warns.

See also What is phishing? How to protect yourself from scam emails and more

Almost all forms of cyber crime are on the rise, but one the National Crime Agency points to as particularly dangerous for UK businesses is the rise of business email compromise attacks and CEO fraud.

While these attacks take additional time and resources for hackers to successfully carry out, they can be lucrative. Indeed, the FBI has stated that these scams cost global businesses billions.

The sheer number of large data breaches is also fuelling an increase in fraud and phishing, as criminals are able to get their hands on sensitive data to help carry out attacks.

The NCA notes that with the introduction of GDPR this month, in theory, organisations will have to report all data breaches "eventually leading to a reduction" as organisations are forced to take additional responsibilities in order to protect against cyber attacks.

However, the report notes that despite there only being weeks to go until GDPR comes into force, awareness of the legislation is "limited" - especially amongst small and medium sized businesses.

But there's one thing the NCA points to as a certainty - that cybercriminals and crime groups will continue to target the UK.

"The increasing sophistication of crime groups, coupled with the changing nature of their geographical reach, demonstrates more than ever the requirement for an increasingly co-ordinated response," said NCA Director General Lynne Owens

"Working alongside our law enforcement, intelligence and other partners, we are changing the way we operate to ensure the biggest possible impact. We will use this intelligence assessment to build on our operational successes and evidence why further investment in capabilities and capacity is necessary."