But can a modest injection of cash really hope to stop online crime in its tracks?
Written by Danny Palmer, Senior Writer on April 11, 2018 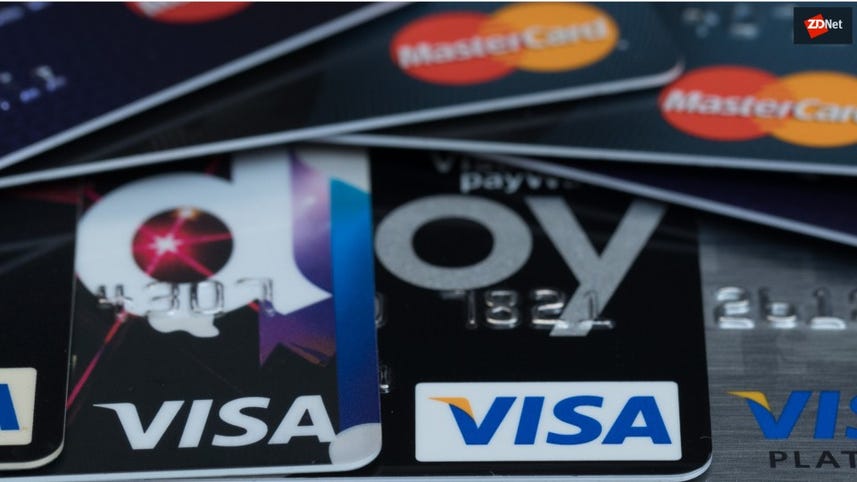 Cybercriminals who use the 'anonymity' of the dark web to carry out illegal activities ranging from hacking and malware distribution to selling drugs, firearms, and people, face a crackdown as part of plans to bolster law enforcement's ability to take the fight to crooks who use underground forums.

The Home Office says that only 30 percent of UK police forces currently have the minimum capabilities required to investigate and pursue cybercriminals.

In order to aid the fight against crime on the dark web, the government has announced that a £9m fund is being made available to specialist law enforcement units who deal with cybercrime and dark web activity.

UK home secretary Amber Rudd is set to announce the funding during a speech at CYBERUK, the National Cyber Security Centre's conference in Manchester. The NCSC is the specialist cybersecurity arm of intelligence agency GCHQ.

"The world of cyber is fast-developing and we need a fast-developing response to match. One that recognises that it is the responsibility of everyone in the UK to fight the evolving threat," she is due to say.

"And then there's the dark web. A dark and dangerous place where anonymity emboldens people to break the law in the most horrifying of ways. A platform of dangerous crimes and horrific abuse."

The announcement comes after a joint report by the NCSC and the National Crime Agency warned that the UK faces a bigger threat from cyber-attacks than ever before.

The additional funding is intended to build intelligence services, conduct research into cybercrime, teach police officers new skills to be able to handle Dark Web and hacking-related crimes, as well extra training to be able to provide victim support and care.

Some of the money is also intended to streamline the services of Action Fraud, one of the UK bodies which allows people to report cybercrime.

An additional £5m will also be made available to improve the ability of local police forces to properly deal with cybercrime and meet minimum standards of cyber-capability.

However, while it is clear that more money is needed to tackle online crime and use of the Dark Web in particular, critics have warned that this sum is unlikely to make much of an impact on online crime, much of which is committed by criminals beyond the easy reach of UK law enforcement.

All of the funding comes from an existing £50m designed to ensure police and prosecutors have the capabilities to combat cybercrime at a local, regional, and national level. It forms part of the Home Office's National Cyber Security Programme, which has seen £150m spent in the fight against cybercrime since 2015.

However, the Home Secretary warns that the government and police can't solely be responsible for cybersecurity -- and that everyone needs to play a part in the fight against hacking and cybercrime.

"Business owners, cybersecurity experts and individuals, can do a lot to help too," said Rudd. "Because in the same way that shops protect themselves from burglary with locks, alarms and security guards, I expect businesses to take equivalent precautions digitally."

Now read: The secret to being a great spy agency in the 21st century: Incubating startups (cover story PDF)

In related news, GCHQ has revealed plans to open a new site in Manchester, which will join existing sites in Cheltenham, London, and Bude.

The new GCHQ site is scheduled to open in 2019 with the creation of hundreds of jobs and is intended to use cutting edge technology and technical expertise to help identify and counter threats to the UK -- be they cyber-threats or other forms of crime and terrorism.

"I'm delighted we're opening a new site in the City of Manchester. It will create hundreds of high calibre jobs for people who will have a vital role in keeping this country safe," said Jeremy Flemming, director of GCHQ.

"Our new facility will open up a huge new pool of highly talented tech savvy recruits vital to our future success."

Security warning: Your suppliers are now your weakest link

Cybersecurity agency warns of 796 attacks against business, says that hackers will attempt to reach their targets through their suppliers.

A new approach to phishing URLs and scam emails is helping to reduce the window of opportunity for cyber-attackers -- but the fight isn't over yet.

How the new cybercriminals use cryptocurrency to commit cybercrimes (TechRepublic)

Malwarebytes CEO Marcin Kleczynski explains the economic drivers of online crime, and why the anonymity behind using cryptocurrency makes it perfect for conducting criminal activity.