Traditionally secretive agencies must be open with the public about the dangers they face and how to combat them, says GCHQ chief.
Written by Danny Palmer, Senior Reporter on July 9, 2019 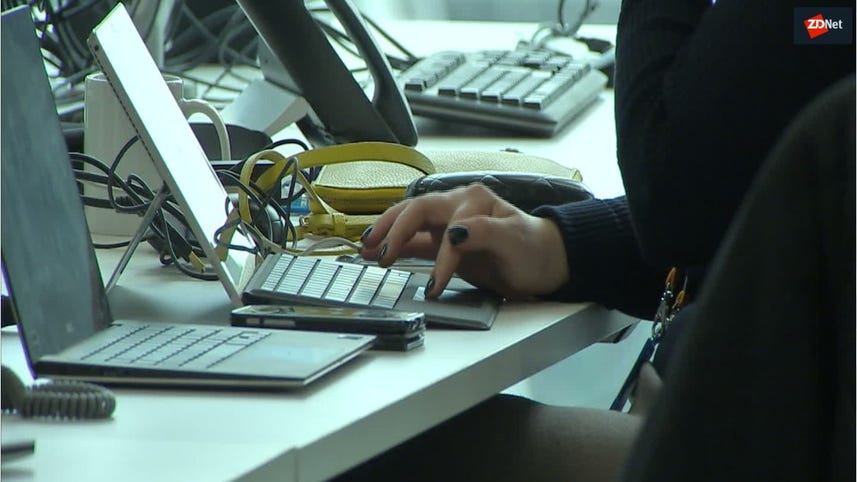 Traditionally secretive government intelligence services must be more transparent if they're to continue to function in the modern digital world and protect against cyber threats with the trust of citizens, the head of the UK's spy agency has warned.

Director of GCHQ Jeremy Fleming made the comments at the launch of a new exhibition at London's Science Museum which explores the history of ciphers, codebreaking and cybersecurity from the First World War to the modern day.

Top Secret: From Ciphers to Cybersecurity coincidences with the 100th anniversary of GCHQ and allows the general public to see documents, machines and artefacts from the agency's hundred year history – many of which were previously hidden behind closed doors – as well as other items relating to security and communications.

Items on display range from cipher machines from the early 1900s and Second World War codebreaking machines used at Bletchley Park, to a laptop infected with WannaCry ransomware, and the destroyed hard drive alleged to contain secret information that surveillance whistleblower Edward Snowden provided to the media.

The work of the cyber arm of GCHQ, the National Cyber Security Centre (NCSC), is also explored as part of the exhibit.

"I welcome this transparency because the world has changed. It's no longer enough got us to serve in secret, we must justify the trust of the people we seek to protect," said Fleming, who argued that transparency is key to GCHQ serving in one of its key roles – protecting organisations and the public from cyberattacks.

"If we're to prosper as a democratic nation in the digital age, openness is our strength. Openness that fosters the innovation and enterprise that allows us to harness the benefits of the technological revolution and openness that will give everyone access to the tools and knowledge to keep themselves and their families secure in the digital world".

One way GCHQ has already done that is with its cybersecurity accelerator programme, where intelligence officials and members of the cybersecurity industry mentor startups that are working to prevent cyberattacks and data breaches, using technology to help protect against threats posed by technology.

"Technology will surely become even more central to our economic prosperity and to the development of our society," said Fleming.

"The digital era is already bringing new and unprecedented challenges as we try to ensure that everyone can live and do business safely online," he added.

It's hoped that the free exhibition – which runs until February 2020 – will provide inspiration for young people to think about a role in cybersecurity and similar areas, paving the way for the country to be protected against future digital threats.

"We need to inspire the next generation of brilliant minds, so that our children can see themselves working in this world, understand what they bring to it and make them able to shape our digital future," said Fleming.

"That's why this collaboration with the Science Museum is so important. If it results in a greater interest in STEM and cyber, a broader understanding of the difficult work we do, or causes a few young people to want to find out more, then it will have been a success."

The exhibition has opened shortly after the end of a five-year legal battle concluded, with the UK supreme court ruling that the UK's spy agencies and their hacking activities can be made subject to court challenges.