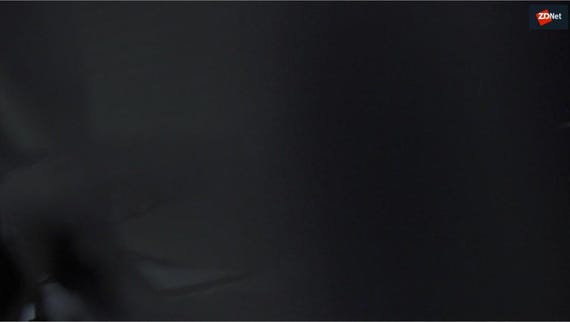 Cybersecurity professionals are overworked and stressed out to such an extent that it threatens to provide hackers and cybercriminals with a better chance of conducting cyberattacks against the enterprise.

A study by Goldsmiths, University of London and cybersecurity company Symantec surveyed over 3,000 CISOs and senior cybersecurity decision makers across the UK, France and Germany and found that the mounting pressure faced by those responsible for protecting organisations against cyber threats is taking an increasing toll.

Such is this pressure that the research says that almost two thirds of cybersecurity professionals have considered quitting their jobs (64%) or leaving the industry all together (63%).

That's a problem when the industry is faced with a skills shortage, but there's also a small chance that some of those who feel burned out by cybersecurity could take their abilities and apply them to the dark side.

"If you've acquired the skills and like the topic of security, and you're seriously considering moving onto something else, where do they go? Maybe data analytics and things like that. But it's possible a small percentage would be considering a career on the criminal side," Darren Thomson, EMEA CTO at Symantec told ZDNet.

"There's certainly money there, we know that, and it's essentially the same skillset: those people could turn into some of the scariest cybercriminals we've ever seen because we know they've been on the other side," he said, adding: "Even if it was one percent of that 63 percent, it'd worry me."

Even without the threat of cybersecurity staff leaving jobs, just under half (44%) of those surveyed said they believe their security teams lack the necessary skills to combat the threats that their organisations face – especially as threats continue to evolve.

But despite the awareness of changing threats and skills required to face them, almost half of security professionals say they're too busy to keep up with the necessary skill development, while the same number say technological change is happening too quickly for them to adapt.

Meanwhile, almost half of cybersecurity professionals believe that attackers are gaining an edge due to backing from well-resourced groups, including organised crime operations and nation-state-backed hacking teams.

Attackers also have the advantage in that they don't need to formally prove their skills – cyber criminals don't need to get a certificate that says they're capable of performing a certain task like cybersecurity professionals do, criminals can just jump straight in and go about their illicit business.

"There are too many tools – it's very hard to upskill in many environments because they have this smorgasbord of security tools which has grown over time over 20 years," said Thomson.

"If you compare that to the criminals, they're using far fewer tools," he continued, detailing how attackers are increasingly using 'living off the land' techniques that exploit legitimate software.

It's because of all these issues and more that the survey found that cybersecurity professionals are increasingly burned out – and in some cases, expected to deal with issues they may not have the experience to face.

"The average age of the CISO seems to be dropping. You see adverts for CISOs with three or four years experience – but that's like having a 17-year-old general for me, and you won't find many of those," Steve Purser, head of core operations for ENISA told ZDNet.

"And not saying you can't have young CISOs, but if you have someone in that situation where human life may even be at risk, I can see very easily how you'd get burnout fast," Purser added.

"Cybersecurity professionals are first responders, locked into a constant arms race with attackers – where talent and skill are the most important weapons," said Chris Brauer, director of innovation for Goldsmiths, University of London.

"Highly stressed workers are far more likely to be disengaged and ultimately quit. In an industry already plagued by a skills shortage, this is a significant risk to businesses," he added.