Wishful thinking, maybe, but according to a recent survey there's broad support for voice technology over tactile interfaces.
Written by Greg Nichols, Contributing Writer on April 19, 2019 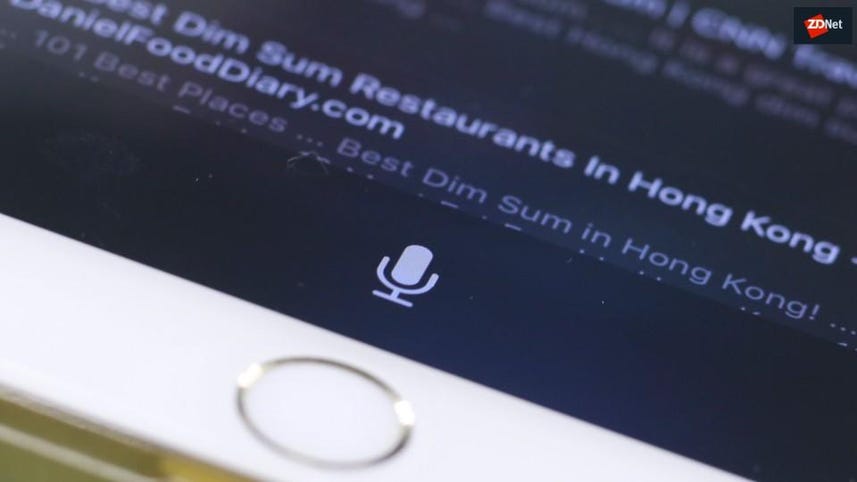 Voice technology is quickly gaining ground as a primary way we interact with devices. In the zero sum UX game, that's eaten into the dominance of tactile interfaces like touchscreens and keyboards, and a new survey suggests that a surprising portion of consumers expect that keyboards in particular are on their way out.

As I lazily cleaned my laptop keyboard this morning while trying in vain not to wake the computer up (yeah yeah ... but who has time to turn their computer off?), all I could think was: Good riddance.

The survey, conducted by Pindrop Solutions, which provides phone-based fraud detection and authentication technology for enterprise customers, is the result of 4057 online interviews conducted with a representative sample of people in the UK, USA, France, and Germany. The results outline a market that's been primed by voice assistants and sci-fi depictions for a truly voice-activated technology experience.

According to the survey, nearly half (48 percent) of the general public think keyboards will barely be used by 2023 as voice technology takes over. That's just four years away and feels like a stretch to me, however I work in an industry (journalism) that keeps me tethered to the keyboard. Aside for some obvious problems pertaining to privacy and common decency, especially for those working in crowded open offices, it's entirely plausible that voice-to-text will gain significant traction, as it has in many mobile applications, and become commonplace in daily computing applications like emails.

In fact, the desire for a healthier relationship with technology is one of the primary drivers of the bullishness of survey respondents on voice activated interfaces. Two-fifths believe voice technology promises "a future where using technology is less intrusive," according to the survey results, "with 41 percent believing it will make people stop staring at their phones." The same number believe with increased capabilities over the next five years lives will be made simpler by voice interfaces.

Outside of work, the majority of the population (63 percent) are already using their voice to interact with devices and appliances, and 53 percent plan to use voice even more a year from now. In the next five years, over half of people plan to use voice-activated devices and appliances for everyday tasks like cooking (63 percent), managing their home (58 percent), ordering groceries (52 percent), and organizing an event (52 percent).

"The last few years have seen early adopters rush to bring smart devices and speakers into their homes, normalizing a technology that was once seen with skepticism," says Vijay Balasubramaniyan, CEO and co-founder of Pindrop. "Today's results prove this and also point towards a future where the way we engage with technology fundamentally shifts to a hands-free model. People can see the benefits it brings them, allowing them to simplify their lives and help battle the constant distractions handheld devices provide."

In part, the spread of voice technology will be aided by complementary technologies that demand hand-free interfaces. Virtual reality, for example, is becoming more commonplace in enterprise applications for applications like virtual meetings and data visualization and analysis. The ability to incorporate voice into virtual reality will abet the immersive experience and seems like a natural evolution.

Robotics, similarly, is a field where human-machine interaction is rapidly iterating. As robots become increasingly present in our lives, voice technology will give us more seamless ways of interacting with them.

There are, of course, some hitches to voice technology. In particular, enterprise customers have to worry about security. According to Pindrop, respondents in 2017 cited usability as the main issue with voice technology. "In 2018, security and privacy concerns were the number one challenge."

"Quite sensibly," says Balasubramaniyan, "people are still skeptical about how secure such devices are. The media have published many stories of mishaps with smart speakers and our own research from June 2018 has found that 80 percent of businesses are worried about how to secure voice data. In order to ease these fears, and encourage wider usage of voice, those rolling out voice services need to ensure that the systems put in place to check user identities are up to scratch and can accurately spot both fraudulent and genuine activity."