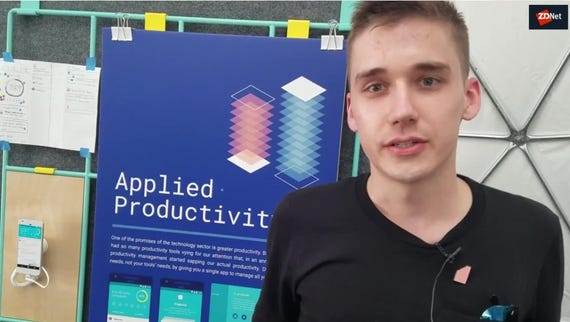 In many aspects of technology delivery, something-"as-a-Service" is considered the ultimate end game. In user experience, however, it may only represent a step on the journey.

That's one of the many takeaways of a recent talk by Jared Spool, a writer, researcher, speaker, educator, and an expert on usability, software, design, and research. Notably, Spool points out, UX is a gradual journey, one that could unfold over many years.

Even a customer experience-obsessed company such as Disney took years to finally get their customer UX where they wanted it to be, he observes. When Disney first launched its web-based capabilities in the late 90s, he relates, people would often accidentally book accommodations in the wrong parks. "People would show up in Florida with California hotel reservations," he illustrates.

To keep a great customer experience front and center, the company would keep hotel rooms available for such mix-ups. They would reserve millions of dollars of rooms, and "even in their busiest season when they're all sold out, they still had empty rooms waiting for people who show up with the wrong reservation. Imagine a world where a corporation keeps millions of dollars of inventory aside because it's easier than fixing the damn website."

The company has learned a lot about UX in the years since, and now leads the way with superior, wow-inducing UX design features such as MagicBands, which manage customer preference data and matches up appropriate experiences. Disney has attained what Spool brands as "infused UX," which he explains as the successful outcome of a five-step journey.

Disney led the way, and now many companies seek to up their UX game, especially when digital interactions can make or break growth. However, UX design doesn't happen overnight -- it is a long-term journey. The following are the five key stages of UX growth, Spool explains:

Dark ages: No UX design at all. "The dark ages is when nobody is thinking about design," he says. "It's not on anybody's radar, it never occurred to anybody that they should think about design. They're completely 'unconsciously incompetent' about it. and they just put out whatever they put out, and it doesn't matter."

Spot UX design: The UX journey starts with a single step. "Suddenly, someone comes onboard who actually knows something about design," Spool continues. "They hire somebody or someone reads a book or something." At this stage, spot UX design, "there's a project here, or maybe a project there, that actually is about making some aspect of what we do better."

UX Design-as-a-Service: "For some organizations, someone in the executive team -- someone with a lot of role power and influence -- will decide we need to start investing in this. And at that point, we create what's called UX Design-as-a-Service. This is what happens when you start to create a design team and the design team starts to grow, and it gets funding and gets attention, and people start using it. And if it gets really good, it starts to get very big, and it's helping all different parts of the company."

Embedded UX design: However, UX Design-as-a-Service isn't the end-all be-all, Spool says. UX design shouldn't be confined to a separate team or area of the organization -- it should be part of everyone's job, he explains. What happens is people considered 'non-designers' "start to make design decisions, and they make them really smartly because they've been hanging around the designers enough that they have started to become literate and fluent in design." UX design starts to become such a key piece of operations that "even the people from legal and compliance and regulation are helping make better designs instead of just making decisions that don't think about the user at all."

Infused UX design: "Infused UX design is the stage where everybody in the organization is now capable of making smart design decisions," says Spool. "Decisions that are more likely to end up with a delighted customer than a frustrated customer."