Defence awards AU$15m in latest round of Innovation Hub contracts

It will also make major reforms to its DISP program to make it easier for industry to do business with Defence.
Written by Campbell Kwan, Journalist on April 4, 2019 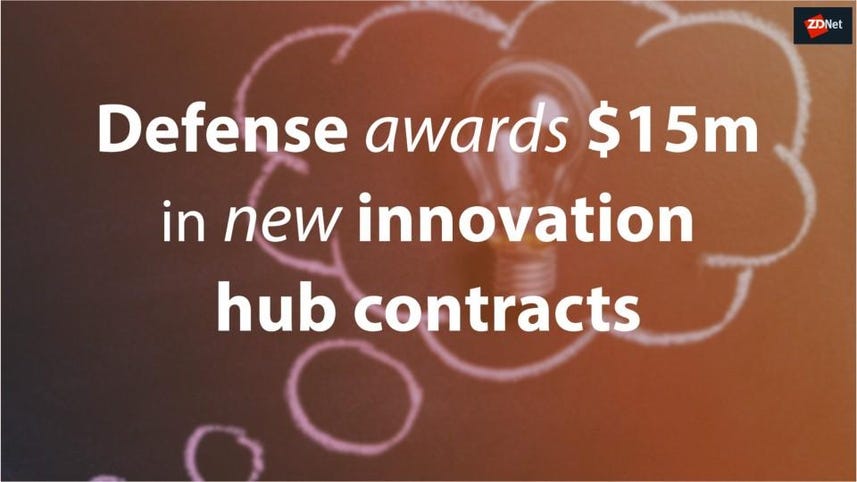 The Department of Defence announced its latest round of Defence Innovation Hub contracts, awarding funding to nine organisations with a combined value of over AU$15.1 million to develop innovative technologies.

"The hub is committed to working with Australian industry to foster innovation at various levels of technological maturity, transitioning from concept exploration through to a mature, usable capability for the Australian Defence Force," then-Minister for Defence Industry Christopher Pyne said at the time.

Reynolds also announced on Thursday the Department of Defence would make major reforms to the Defence Industry Security Program (DISP), which she said would make it easier for industry to do business with Defence.

Reynolds said the reforms would allow DISP members to easily access security information, as well as guidance and services to enable them to become "Defence-ready" by establishing the necessary security practices for tendering opportunities involving classified information and assets.

The reforms to the DISP program will be released on April 9.

The reforms to Defence's policy follow government releasing three new policies earlier this week that aim to enable more small to medium-sized businesses to participate in technology spending. The three new sourcing policies are called the Consider First Policy, the Panels Policy, and the Fair Criteria Policy, and the government has claimed they will increase fairness in digital sourcing by allowing more companies to sell to government, regardless of their size or previous experience with government.

Additional spending on developing Australia's defence was also announced by the federal government this week, with government to provide additional grant funding of AU$1.4 million in FY19-20 to implement the Defence Industry Skilling and Science, Technology, Engineering and Mathematics (STEM) Strategy. The strategy had already been given AU$32 million in funding for the period of FY19–20 to FY21–22 to "help Australian defence industry meet its workforce requirements in the coming decades".

The grant will be used for the Schools Pathways Program to inform young Australians about the varied pathways and career opportunities within the defence industry sector.