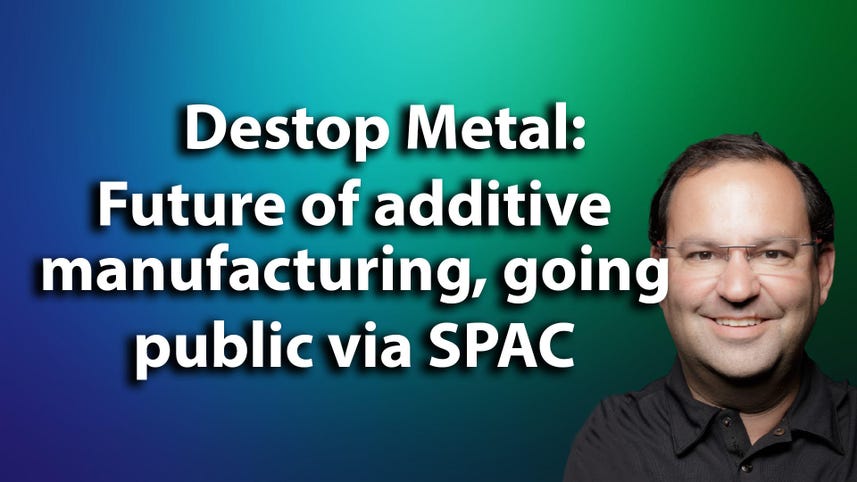 Desktop Metal said it will form a unit that will focus on additive manufacturing for healthcare.

The unit, Desktop Health, will be run by Michael Jafar, who will become CEO. Desktop Health will focus on dentistry, orthodontics, dermatology, orthopedics, cardiology, plastic surgery and printed regenerative.

Jafar most recently was chief commercial officer at Evolus and had a previous stint at Allergan.

According to Desktop Metal, Desktop Health will leverage assets including bioprinting, high-speed metal binder jetting and advanced biocompatible materials. The base of Desktop Health's technology comes from the acquisition of EnvisionTEC.

Ric Fulop, CEO of Desktop Metal, said Desktop health is aimed at the medical and dental implants market and added that parts are likely to be patient specific before the end of the decade.

Healthcare has been a key industry for 3D printing companies. In January, 3D Systems said it would invest more into regenerative medicine and bioprinting through the expansion of a partnership with United Therapeutics Corporation.

Healthline cuts through the confusion with straightforward, expert-reviewed, person-first experiences — all designed to help you make the best decisions.

And Stratasys launched its J5 DentaJet 3D Printer for the dental industry earlier this month and has multiple efforts in healthcare.

Google
This sophisticated malware is targeting routers to break into networks