Developers: This is the one skill most likely to get you hired, according to IBM

The tech giant finds that developers who have knowledge of open-source technologies that underpin the cloud are the ones with better career prospects.
Written by Daphne Leprince-Ringuet on Feb. 10, 2021 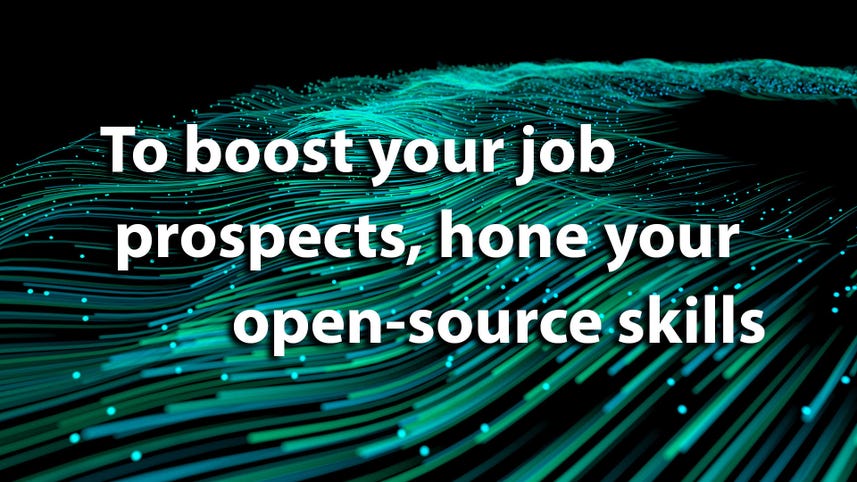 In every career, some skills will land you a better job than others – and developers are no exception. According to IBM, there is one ability that will make a real difference in the interview room: developers who can create the open-source technologies that underpin the cloud are by far the ones most likely to get a call-back.

Want a good tech job? Then you need to know Linux and open-source software. One of the best ways to learn is via a Linux Foundation course.

New research published by the company shows that developers who can boast skills in open-source cloud technologies are likely to have higher wages and more professional opportunities. Instead of focusing on capabilities that are related to a specific vendor's cloud, therefore, IBM recommends that developers start building skills around the open-source software that is used to run those clouds.

Big Blue commissioned a survey that was carried out last year by O'Reilly Media among over 3,400 developers, and technology managers across different industries and companies large and small. The findings were clear: over two-thirds of respondents reported preferring skills related to the cloud's underlying open-source technologies, while only 36% preferred skills related to a specific cloud platform.

In fact, knowledge of proprietary software seems to have taken a backseat compared to open-source technologies. More than nine in ten (94%) of respondents rated open-source software skills as equal or better to proprietary software; and the majority of developers surveyed (54%) reported that learning cloud-computing skills specific to a single cloud provider limits their professional growth.

The past two decades have seen cloud technologies and open-source software grow in tandem, and this is partly because the two technologies complement each other well. Businesses tend to steer away from the risk of vendor lock-in, and have, therefore, increasingly turned to multi-cloud or hybrid cloud services. In many cases, it makes a lot more sense to rely on open-source software that can run everywhere instead of on a single vendor's proprietary tools.

A previous study published by IBM found that a typical enterprise uses nearly eight clouds from multiple vendors, and anticipates that hybrid cloud adoption will grow by 47% in the next three years; and most companies will adopt an open cloud approach, based on open-source technologies, to create a flexible IT infrastructure.

In fact, as IBM noted, almost all cloud platforms are now leveraging open-source technologies in one way or the other. For example, Kubernetes, a Google-designed open-source container orchestration system, already underpins most cloud services, including IBM's own OpenShift platform, which the company developed alongside Red Hat.

Nearly all of the companies represented in IBM's latest survey reported using open-source software in some aspect of their operations; and 70% of respondents specifically said that they prefer cloud providers based on open source. "These findings all point to one thing," said IBM in a blog post summarizing the report. "Open source skills are in demand. Developing skills in open-source software that supports cloud technologies will do the most to advance your career.

"Whether you're a solo developer, work for a start-up, or a large enterprise, contributing to an open-source community will help you achieve your professional and business goals."

The conclusion falls in line with the findings of a recent study by the Linux Foundation, which found that hiring managers are 70% more likely to hire a professional with knowledge of open cloud technologies. At the same time, the same report showed that 93% of respondents were struggling to find sufficient talent with open-source skills.

Mastering open-source tools and programming libraries can add a lot of value to a developers' CV, therefore. Among the most important tools to add to developers' skillset, Linux featured prominently, with an overwhelming 95% of developers saying they considered the technology to be important to their career; but the understanding of containers and databases also ranked high.

IBM's latest research comes in the midst of increasing interest in open-source software, and a desire to tap the technology to create value. Not-for-profit think tank the OpenForum Europe recently found that the open-source ecosystem was contributing up to €95 billion ($113.7 billion) per year to the EU's GDP; and that even a marginal increase of activity could boost the continent's wealth by hundreds of billions of euros.

The interest in open-source is unlikely to be waning anytime soon, therefore; for developers ready to catch that wave, the technology could open up some bright career prospects.